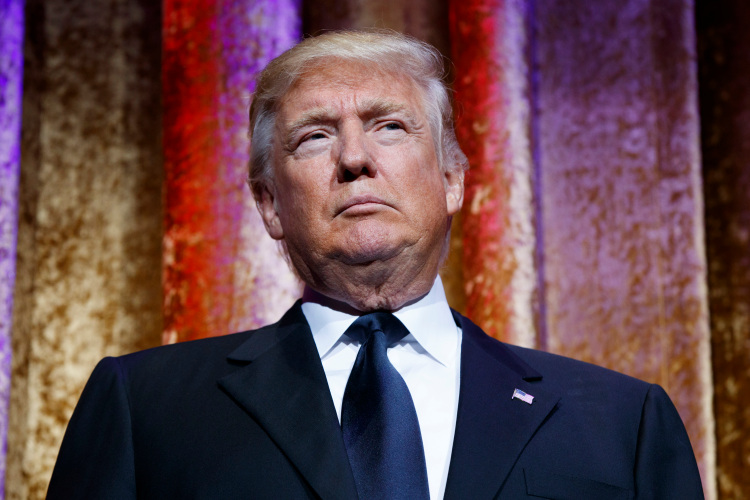 On January 4th of 2019, Donald Trump tweeted1, “How do you impeach a president who has won perhaps the greatest election of all time, done nothing wrong (no Collusion with Russia, it was the Dems that Colluded), had the most successful first two years of any president, and is the most popular Republican in party history 93%.” Pundits, late-night talk show hosts, and ordinary citizens alike scoffed at these claims, angry that “The Big Orange Man” would even dare to compare himself with the likes of Jimmy Carter, George Washington, and Abraham Lincoln. However, there is no defined metric for judging success. Were we to judge success based upon comedic value and quantity of scandals, I would argue that Donald Trump had by far the most successful year of any president in American history, if not the most successful year in the history of the world. Though his presidency may be ending, his past scandals are still extremely funny, so let’s look through the most hilarious scandals of his most successful year, 2017.

Trump began his presidency with a bang, holding an inauguration with significantly less attendance than that of President Barack Obama in 2012. However, this did not stop his then press secretary, Sean Spicer, from making the ludicrous claim3 that Trump drew “the largest audience ever to witness an inauguration, period." Spicer’s claims were roundly refuted, and had the administration left it there, perhaps this scandal would not be so infamous. One of Donald Trump’s top advisors, Kellyanne Conway, decided4 it would be a good idea to claim that Sean Spicer didn’t lie, he merely provided “alternative facts.” This now notorious statement excellently foreshadowed what was to come in the next four years, a period filled with lies, scandals, and comedy gold.

Donald Trump was not the only successful businessman in the White House, as his wife also launched her jewelry collection in 2010. The general public learned of this when Melania's biography listed it on the official White House page8. However, this led to enormous amounts of Twitter memes and claims of conflicts of interest, prompting the White House team to expeditiously remove the information from what was meant to be the First Lady’s life story. Less than a month after the biography debacle, fashion was yet again at the heart of a Trump scandal when Nordstrom decided it would discontinue its sale of Ivanka Trump’s clothing line. Following this travesty, which I am sure greatly impacted Ivanka’s bank account, Donald Trump mercilessly lashed out at Nordstrom on his Twitter account. While this itself would be fine, since every parent should be supportive of their children, what made this a high-tier scandal was Kellyanne Conway’s illegal endorsement of Ivanka’s clothing line on Fox and Friends9. Though Kellyanne has likely never worn an Ivanka Trump product, her endorsement gained enough public traction to keep Ivanka’s company afloat for another year, until the clothing line was retired in 2018. Jared and Ivanka were tasked with finding a solution to the conflict in the Middle East. If Ivanka’s clothing line is any metric to go by, that probably isn’t getting fixed anytime soon.

Following a relatively scandal-free month in his presidency, Donald Trump was again in the news when he decided that it would be a good idea to claim10, “How low has President Obama gone to tapp my phones during the very sacred election process. This is Nixon/Watergate. Bad (or sick) guy!” Looking past the misspelling of the word “tap,” a vocabulary word taught to students in kindergarten, this may have been the first serious red flag to a recurring theme in the Trump presidency of believing and spreading baseless conspiracy theories. Of course, the bad (or sick) guy President Obama did not “tapp” Donald Trump’s phones, nor did he “tap” them. This tweet is still up on Donald Trump’s account, though it has been widely condemned and proven false by nearly every major news outlet.

In May of the same year, Donald Trump, the president of Egypt, and the King of Saudi Arabia posed together, touching a glowing orb. While there is nothing scandalous about this, it is quite possibly the funniest picture to come out of the past four years. Only days later, Trump engulfed the entire internet in a cloud of mystery, posting a tweet with the unknown word "covfefe." While many of his supporters attempted to rationalize this word, including the growing internet sensation QAnon, Donald Trump opted to quickly delete this tweet11, unlike his tweet accusing the last president of spying on him, an example of irony that looks right out of an 11th grade English class.

After a quiet June, Donald Trump decided that the end of July at a speech for Boy Scouts was the perfect time to tell the story12 about one of his celebrity friends, who owned a yacht and “had a very interesting life.” What a great influence for those preteen boy scouts! July went out with a bang, with Trump’s new communications director, Antony Scaramucci, being fired after only ten days for making graphic claims about Steve Bannon, and holding perhaps one of the most iconic tenures in the White House campaign. Funnily enough, Steve Bannon would also be out of the Trump White House within 20 days!

Donald Trump would avoid major scandals for the next two months, before breaking his streak by calling his eventual best friend, Kim Jong Un, “Little Rocket Man,” amid extreme fear of a possible nuclear war13. Only four days after this, he would go on to call14 Colin Kaepernick a “son of a b-----” for the heinous crime of practicing his First Amendment right of protest.

While it was clear that much of the media and the general public believed Donald Trump to be a moron, it was still a shock when then-Secretary of State Rex Tillerson allegedly mimicked these sentiments15. While both Tillerson and Trump have vehemently denied claims that the Secretary referred to Trump as a moron sometime during the summer of 2017, this did not discourage Trump from hinting that he beat his employee in an IQ test. This implies that there may have been some truth to the rumors.

In classrooms all over America in 2150, students will learn of the most successful year any president has ever had, a year in which multiple laws were broken, many lives were ruined, many tweets were tweeted, and billions of laughs were shared by the international community. A truly iconic year in the history of the United States, 2017 was horrible to live through but very fun to look back at now that we’re in the clear!