Abolish the Police? Yes: The Economic Case for the Privatization of Police 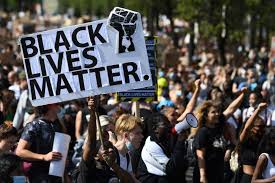 In recent months, coverage of police brutality has dominated the airwaves. As a result, slogans and acronyms like “Defund the Police” and “ACAB” have circulated in the media, sparking controversy concerning how the police ought to be reformed. However, a reform that isn't nearly discussed enough is the privatization of police. Although demagogues have stigmatized the gradual desertion of the public sector, a transition to a privatized police force may not only grant a more effective policing system than our current police departments, but also a policing system that is more closely in line with the interests of the public.

The History of Private Policing

Private policing dominated much of the seventeenth, eighteenth, and early nineteenth centuries in the United States. In the mid-1600s, cities like Boston, New York, and Philadelphia organized communal policing groups called the Watch to warn the public of any potential danger. Unfortunately, the watch system was largely ineffective at preventing crime, partially due to the prevalence of drunken or asleep watchmen (ironic, right?). As time progressed, constables—who worked alongside watchmen and sheriffs as law enforcement officers—bolstered the watch system.

In the American South, private policing emerged in the form of slavery patrols. The first slave patrol was established in the Carolina colonies in the early-1700s. Slave patrols had three main duties: to apprehend runaway slaves, prevent slave revolts, and discipline slave-workers per plantation rules. (To digress, demagoguery delegitimizing all police based on their origin as slave patrols is blatantly revisionist.)

Perhaps the most intriguing form of private policing to emerge during the eighteenth and nineteenth centuries was the prosecution associations in England. In the mid-1700s, the government provided reimbursements to individuals in successful cases of prosecution. However, individuals—specifically tradesmen and shopkeepers—who wished to prosecute thieves but lacked the necessary funds for a strong legal case found themselves disincentivized to prosecute criminals. In most cases, the costs of prosecution outweighed the value of the goods stolen. During this time, criminals lived with minimal fear of indictment, and thus committing a crime came with little risk.

At the peak of their success, prosecution associations were phased out by the County and Borough Police Act of 1856, mandating that a state police force be established in any county that did not already have one. The legislation was enacted after a royal commission concluded that there was a dire need for a national police force, but ironically, according to economic historian Stephen Davies, “eighty percent of the respondents to the royal commission said they had no need for a state police force.”

First, let us dispel the notion of law enforcement being an exclusive arm of the government. To a large degree, “law enforcement” is extremely subjective outside of its legal definition. For example, private business owners—whether they boast financial clout or not—taking some precautionary measure ensuring the protection of their property implicitly enforces the law vis-à-vis property rights. Consider Patrick Tinsley’s analogy of the jewelry store in “Private Police: A Note”:

Enforcement of law is a phenomenon that admits of infinite degrees and permutations. Take the case of a jewelry store. The theft of its wares is a crime under the law. But the jewelry store does not rely exclusively—or even primarily—on the majesty of the state’s enforcement of that law for its own security. The jewelry store engages the services of manifold private protection outfits: it takes out an insurance policy on its gems, which are kept under a locked glass display case, which can only be opened by an employee, who is under the ever-vigilant eye of video monitoring equipment, and who watches the customers with the aid of convex mirrors, and keeps the store’s cash in a locked vault, which is in a back room, which is in turn locked at closing time, and the store’s alarm activated as the employees leave and the armed night watchmen arrive. All of these are provided by private companies in the business of providing “security,” and all of which should give pause to those who consider the enforcement of law uniquely the franchise of the government.

When considering private and public police systems, an important question to consider is: who are these organizations beholden to? Of course, in the free market, private firms—and for the purposes of this article, private police—are subject to the will of their shareholders and consumers. Similarly, one would think that a public police force is subject to the taxpayer. In actuality, this is not the case. Rampant throughout any public institution is an incentive problem. Per the ruling of the Supreme Court in DeShaney v. Winnebago and Warren v. District of Columbia, government agencies do not have an obligation to ensure the safety of citizens. According to University of Florida School of Law professor Darren L. Hutchinson,

Neither the Constitution, nor state law, impose a general duty upon police officers or other governmental officials to protect individual persons from harm — even when they know the harm will occur . . . Police can watch someone attack you, refuse to intervene and not violate the Constitution.

Besides the lack of a legal incentive for law enforcement to ensure public safety, there is also a lack of a market incentive. Consider the example of private and public education. In education, there is a clear disparity between the outcomes of those who attend private and public schooling. Such a disparity can be attributed to an incentive that private schools have, and that public schools lack: a profit and loss motive. Private schools have a clear obligation to their consumers in the form of providing an education that is worth x-amount of dollars in tuition, and if it fails to do so, private schools risk losing clientele. In public schooling, the connection between consumers and their schools is ambiguous, to say the least. Given that the nature and amount of funding for public schools are practically the same across the nation, a public school does not necessarily have an incentive to provide a better education than what it already provides. The same line of reasoning applies to public policing.

The Case for Private Police

As to the level of privatization, the degree varies. A completely private police system would see the consumer directly paying for the services of a private firm. A valid contention is that a completely private system of policing would disenfranchise poor citizens. A potential solution might be a voucher system distributing police vouchers to low-income citizens to hire the services of a private police firm at the expense of the taxpayer. However, famed anarcho-capitalist economist Murray Rothbard noted,

Police service is not 'free'; it is paid for by the taxpayer, and the taxpayer is very often the poor person himself. He may very well be paying more in taxes for police now than he would in fees to private, and far more efficient, police companies. Furthermore, the police companies would be tapping a mass market; with the economies of such a larger-scale market, police protection would undoubtedly be much cheaper.

The more likely route to police privatization is contracting existing private security firms while simultaneously maintaining a public police apparatus. A well-known study by criminologists Edwin Donovan and William Walsh researched the efficacy of private police in Starrett City—a 153-acre city in the crime-ridden East New York area of Brooklyn. The researchers found that Starrett City residents were more likely to report crimes to security services than the average citizen, despite Starrett City boasting only 6.57 reported crimes per 1000 people when the precinct surrounding Starrett City reported 49.86 per 1000 people. In Florida, Critical Intervention Services (CIS) is one of the primary private security firms that offers protective services to low-income apartment complexes throughout the state. When a complex contracts CIS, local crime decreases by an average of 50%. Although there are numerous local examples of private security firms, a cross-sectional study by the National Institute of Justice analyzed the efficacy of public and private security in 124 metropolitan areas. According to Edwin Zedlewski, the author of the study, allocating more resources to public police did not deter crime. On the contrary, Zedlewski found that devoting more resources to private security firms was successful in deterring crime.

Let’s be realistic: in recent years, police reform has been akin to trying to fix a broken water pipe by pumping more water through it instead of replacing the pipe. Perhaps we expect too much of politicians and their empty promises. Although the tragedies of police brutality have left a stain on America, I am hopeful that the blatant brokenness of our public police system awakens Americans to the solutions the market has to offer.

The industry of inequality: why the world is obsessed with private security | Inequality | The Guardian

The Benefits of Privatized Crime Control: News: The Independent Institute