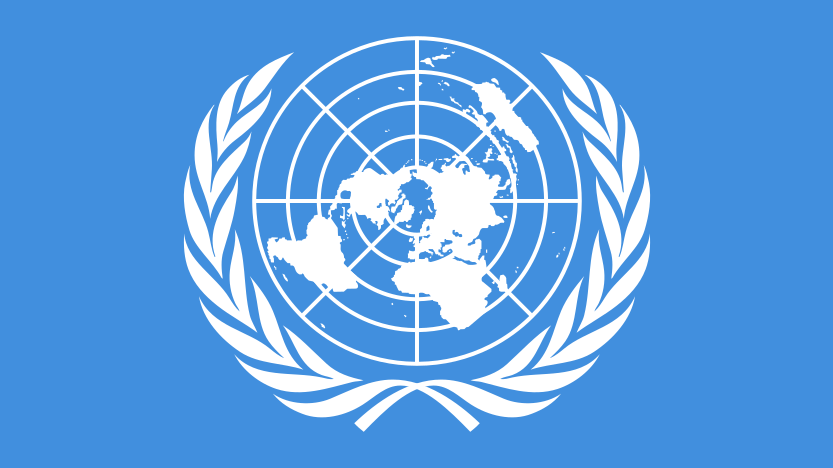 The United States was forged under principles of freedom and independence protected and layed out by our founding documents. The United Nations may pose as an obstacle for the self determination of the American people. For example, under the Vienna Convention Law of Treaties, a President can consent [the country] to follow higher international laws through executive order. Expansions of international power over the United States like this and others is not in accordance with our founding documents which require senate approval. The United Nations has been notorious for creating friction with freedoms our country enshrines.

The United States has held all forms of speech, even speech that is critical to other groups, as a fundamental and unalienable right. The United Nations, however, does not have the same vision as the USA. Not only have the UN criticized countries for protecting free speech  but have helped push for a prohibition of offensive speech.

Additionally, “blasphemy” laws have already been pushed to limit the criticism of Islam like negative stereotyping.

Developments to restrict religious criticism are not surprising considering countries like Saudi Arabia have ironically and unfortunately been chosen to head key UN human rights panels. Members of the Human Rights Council have included Somalia, Venezuela, Afghanistan, Sudan, DRC, Libya, The Congo and Burundi- which are the most corrupt countries in the world. Ironically, Syria, Eritrea, Saudi Arabia, Somalia, Sudan, Libya, Azerbaijan, Bahrain, Ethiopia, China and Cuba have been on the Human Rights Council despite being the most repressive governments in the world.

A uniquely American staple of freedom is the right to bear arms. Expectedly, since the 1990’s, the United Nations has been focusing increasing attention on international firearms control. UN-backed programs have promoted and funded the surrender and confiscation of citizen firearms in nations around the world. The United Nations subsidized the proponents of an October 2005 national gun confiscation referendum in Brazil.

During the 2018 Global Week of Action Against Gun Violence under the United Nations, they pondered questions like whether or not we should ban handguns and encouraged citizens to “Engag[e] media outlets to ensure gun control and disarmament [to] remain a priority in your country”

How Much We Pay

And how much have we paid into this organization?

We have payed half a Trillion dollars.

Each year the United States gives approximately $8 billion in mandatory payments and voluntary contributions to the United Nations and its affiliated organizations. The biggest portion of this money – about $3 billion this year – goes to the U.N.’s regular and peacekeeping budgets.

Interestingly, the OBM has stopped reporting how much we pay.

How Much They Pay

For a coalition with almost 200 countries, we pay for a lot of it- almost 1/4 of the whole United Nations budget.

Between the five Permanent Members of the United Nations, we pay more than the other four combined.

Considering we pay the most by far, we have to ask if that money is going to causes that are worth the struggle. As the number and scope of the international intervention operations rise, the burden is rested on the United States, but even after billions and billions of dollars go into the United Nations pushing their international agenda, nothing but scandal and failure seem to follow.

As a global organization that is an aid agency, they should be stellar when trying fulfilling the need for better aid practices- However they are ranked one of the worst

“The magnitude of fraud perpetrated by Saddam Hussein in contravention of U.N. sanctions and the oil-for-food program is staggering” –Norm Coleman ( R Minnesota Senator) the United States convinced the UN to create the Procurement Task Force (PTF) to investigate corruption. Over three years it uncovered fraud, waste, and mismanagement in U.N. procurement and other activities involving contracts valued at more than $630 million. The evidence unearthed by the PTF led to misconduct findings against 17 U.N. officials and the conviction of several senior U.N. officials.

The PTF did it’s job too well as it was eliminated in 2008 after many countries were angry about the scandalous revelations.

The U.N. has not completed any major corruption cases since the PTF was eliminated.

“We can say that we found mismanagement and fraud and corruption to an extent we didn’t really expect.” –Britt Ahlenius (United Nations Head of the OIOS in 2008 after a UN investigation)

Over the years there have been numerous reports, audits, and investigations revealing mismanagement, fraud, and corruption in procurement for U.N. peacekeeping that the United Nations seems to ignore

In a 2007 Office of Internal Insights (OIOS) report, an examination of $1.4 billion of peacekeeping contracts turned up “significant” corruption schemes that tainted $619 million (over 40 percent) of the contracts. An audit of the U.N. mission in Sudan revealed tens of millions of dollars lost to waste and mismanagement and exposed substantial indications of fraud and corruption.

More recent reports are scarce, most likely due to OIOS disinterest in pursuing investigations as detailed above, but recent news stories on possible corruption in U.N. air charters to favor Russian contractors which is hugely unfavorable to the United States, allegations of selling U.N. peacekeeping jobs in Haiti and the Democratic Republic of the Congo, and assertions by independent watchdogs like Transparency International that the U.N. has failed to prioritize fighting corruption in peacekeeping operations indicate that the issue remains problematic.

The regular sex abuse by peacekeeping personnel uncovered here and the United Nations’ appalling disregard for victims are stomach-turning, but the awful truth is that this isn’t uncommon. The UN’s instinctive response to sexual violence in its ranks—ignore, deny, cover up, dissemble—must be subjected to a truly independent commission of inquiry with total access, top to bottom, and full subpoena power. –Paul Donovan (Co-Director of Aids Free World)

Multiple instances of sexual exploitation within UN personal has become to frequent. A whistle blower leaked a report stating that Sexual Exploitation was frequent due to “under reporting, poor record keeping, fear of retribution, a culture of silence, and a sense of futility due to “the rarity of remedial outcomes including rarity of victim assistance.”Unintended Consequences

After the 2010 Haiti earthquake, Haiti took another hit with cholera (for the first in over a century) 8,000 Haitians died and over 600,000 sickened. The infections started near a UN outpost and soon became widespread across Haiti. A UN led investigation showed that there was only one strain which meant it must have come from a single source.

After subsequent studies and reports showed that the UN “peacekeepers” started it.

Unfortunately because of the broad immunities and privileges granted to the UN employees, repeated attempts to sue the organization has been unsuccessful. In 2016 the UN admitted it was at fault and said the events “leave a blemish” on their reputation.

Furthermore, it is interesting to point out that the United Nations pays its employees an excessive 32% higher compared to United States civil servants of the same status.

The U.N. and its employees enjoy broad protections and immunities and cannot be sued in national courts, arrested, or prosecuted for actions related to their official duties unless those immunities are waived. This places an extremely heavy responsibility on the U.N. to self-police, correct, and punish wrongdoing by the organization and its employees.

Recently, the #DefundThePolice slogan has been popularized by many who want to fix the corruption in the police system. Americans should keep this same energy towards this global organization as well

If we divest funds from the United Nations and relocate them to more effective forms of global peace and safety outside of the UN, this could deter global organizations against the attack of civil liberties the United States tries to promote.

To hold the UN to a higher standard, we should defund them until we see results.