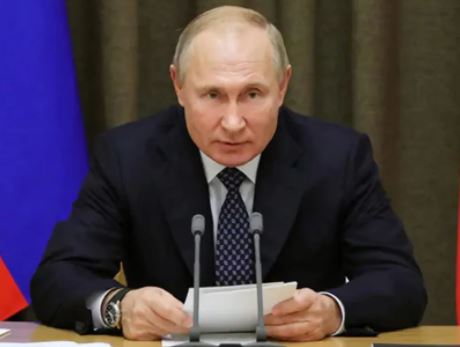 Since inauguration in 2000, Vladimir Putin has been able to maintain high approval ratings in the range of 60-80% - despite the consolidation of de facto authoritarian power.

Here are 4 factors that help us understand the persistence of the leader’s popular legitimacy:

The consolidation of support for the Putin regime was strongly influenced by the decade-long economic boom and increase in living standards, which followed the third “Time of Troubles” in the 1990s under Yeltsin, after the collapse of the Soviet Union (Rose, 2011). Yeltsin’s administration attempted a liberal reformation of the political and economic order, which led to economic depression and collapse of the State. The 1990s period was characterized by high unemployment, hyperinflation, increase in poverty levels, lack of access to basic consumer goods, and decrease in male life expectancy (Mamonova, 2019). The economic conditions, however, changed radically under Putin’s regime. In his first two terms in office (2000-2008), the Russian economy grew by 7-8% annually on average, driven by the devaluation of the rouble and the rise in oil price (Hanson, 2019). Even though the 2008 global economic crisis slowed down the economy, it remained strong compared to the preceding decade. Putin was able to restore the political and economic stability of a “failing state”. The fear of Russians returning to another “Time of Troubles” reinforces the leader’s popular support.

Putin was able to effectively handle the 2008 oil crisis (by using financial reserves of the state) and the imposition of Western sanctions in 2014-15 after the annexation of Crimea. Putin’s deft foreign policy in the Chechen wars and the Crimea Annexation events raised the country’s international status, promoting the feelings of patriotism and national pride in the Russian society (Rose, 2011). The First Chechen war (Dec.1994-Aug.1996) ended in a ceasefire, signifying a de facto Russian surrender. This defeat exposed deficiencies in the army’s competence and the decrepitude of the Russian State, decreasing Putin’s predecessor, Boris Yeltsin’s political legitimacy (Kryshtanovshkaya, 2003). In his first major initiative, Putin successfully waged a war against the Chechens in 1999, destroying their capacity to engage in military operations. Putin took full responsibility for the war, in contrast to the leaders that came before him, and personally directed the military. The success of the Second Chechen war is directly associated with Putin’s capabilities. He also took personal command of the war that broke out in the Georgia-Russian border in the summer of 2008, successfully waging it within 5 days (Renz, 2019). Although he, as Prime Minister, didn’t have the constitutional authority to direct the military, his authoritarian character was embraced by the majority, as it led to the protection of Russia’s vital interests abroad. Russia’s annexation of Crimea in 2014 further enhanced Putin’s political legitimacy. It created what the experts call “rally-round-the-flag” effect: the rising loyalty to the regime and the leader in wartime. The trust in Putin jumped from 52% to 60%, while at the same time hostility increased towards those expressing opposite views (Rogov, 2017).

Putin’s policies are consistent with the values of the bulk of the population. Putin has taken public opinion into account, particularly of the “silent majority,” which excludes liberals and high-educated people who tend to reside in big cities. The economic and political system in place reflects the public views of citizens over time; their strong support for old-style Soviet social welfare programs, extensive safety nets (e.g., employment guarantees), and a centralized state that presides over the economy (Remington, 2019). A recent survey reveals that Russian respondents are strongly in favor of welfare systems (ESS, 2018) while the Levada-Center finds that 70-80% Russians believe in state control of the economy. Many studies have also concluded that Russians tend to prefer order over democracy, attributing this to a long-standing authoritarian political culture (Gerber, 2017). Putin’s authoritarian leadership is particularly welcomed in the rural society, which places great importance to the state benevolence for its income security and agricultural subsidies.

Moreover, all cohorts in the Russian society highly value the rights of personal integrity and the economic rights, referred to as “material rights”, and are more accepting of restrictions in “western” civil rights, such as freedom of assembly and free press (Gerber, 2017). The latter are associated in the mind of Russians with the disastrous Yeltsin years. Material rights, respected under the Putin regime, include the right to work and to a minimum living standard, and the freedom from arbitrary arrest, infringed during the Soviet period. Most people seem to be evaluating Putin’s practices based on what they experienced in the 1990s or during the Soviet period when totalitarian control was very strict (Gerber, 2017); and they give Putin high marks. As long as their “material rights” remain intact, Russians are willing to accept restrictions on civil liberties (Rose, 2011). Under Putin, citizens are also allowed to practice their religion publicly, hold private property and travel abroad. A prime example is Putin’s adept embracement of the Russian Orthodox Church, which reinforces elements of national and cultural identity that were suppressed for almost one hundred years. All these factors motivate Russians to be more positive towards the Putin regime (Rose, 2011).

Another strategy Putin and his network employ to maintain popular support is to undermine the development of any likely opposition that could be considered a plausible alternative. Putin’s regime exploits its grip on the economic and media resources in the state bureaucracy to reinforce its rule and preserve the illusion of free and competitive elections - but without running the risk of losing power through the electoral process. This strategy was well-established before Putin came into power. In preparation for the 1996 presidential election, the Yeltsin administration used economic resources from the Russian state to increase social security payments, made corrupt transactions to pay off constituents, dominated media coverage and invented a new candidate to disperse votes from opponents. Putin’s regime has virtual monopoly over nationwide TV news, used by most Russians to receive their political information (Mickiewicz, 2019). Foreigners are not allowed to direct media outlets. In this way, the political machine can spread propaganda to favor its rule and damage the reputation of opponents. Kremlin spin doctors are experts at managing Putin’s public image by means of a heavy dose of propaganda in the state media, using a shirtless photo or a publicity stunt that exhibits his masculinity (Frye et al., 2017). The longer citizens are subjected to propaganda, the more they become indoctrinated with the officially propagated attitudes (Rogov, 2017).

Furthermore, candidates with the potential to challenge Putin are frequently harassed, abused and face constant obstacles to build constituencies (Reuter, 2019). Non-systemic opposition parties, such as Alexei Navalny’s Russia for the Future, are regularly excluded from the formal political process (Mickiewicz, 2019). The “loyal opposition” parties, such as Just Russia and the Liberal Democratic Party of Russia ( LDPR), often lend their support to Putin and moderate their criticism of the regime in exchange for political or economic benefits (Mickievicz, Ch.7). To limit the chances of any other candidates to contest him effectively, Putin also manipulates the electoral procedures. In the period 2002-2012, he made more than 60 changes to the electoral laws. In 2006, for example, he raised the minimum threshold for a party to be officially recognized from 10,000 to 50,000 members (EP, 2011); and in 2012, the leader prohibited political parties from forming alliances in the political arena. Opposition currently is weak, with only the Communist Party of Russian Federation (CPRF), an advocator of socialist transformation, and the LDPR ever polling around 10% (Levada-Center, 2021).

Putin has not yet declared whether he will be a candidate in the next presidential election of 2024. Under Russia’s new Constitution he could be president for two more six-year terms, potentially staying on until 2036. His multifaceted ways to appeal to Russians allows him to overcome adverse events, such as the COVID crisis, with minimal loss in popularity – from 69% in February 2020 to 63% in March 2021, not far down from the 76.7% he received in the 2018 presidential election (IMR, 2021). It has been argued that Putin’s popularity is inflated because respondents may be lying to pollsters’ questions due to self-censorship or fear. A recent study addressed this issue and found that Putin’s support is genuine (Frye et al., 2017).

Putin’s hold on Russian affairs seems unshakable. His charismatic personality as well as his competence in building and maintaining elite coherence with a disproportionate number of security officials seem to secure his position as leader of the Russian people for many years to come.

Mamonova, N. (2019) Understanding the Silent Majority in Authoritarian Populism: What Can We Learn from Popular Support for Putin in Rural Russia? The Journal of Peasant Studies, Vol. 46, No.3.