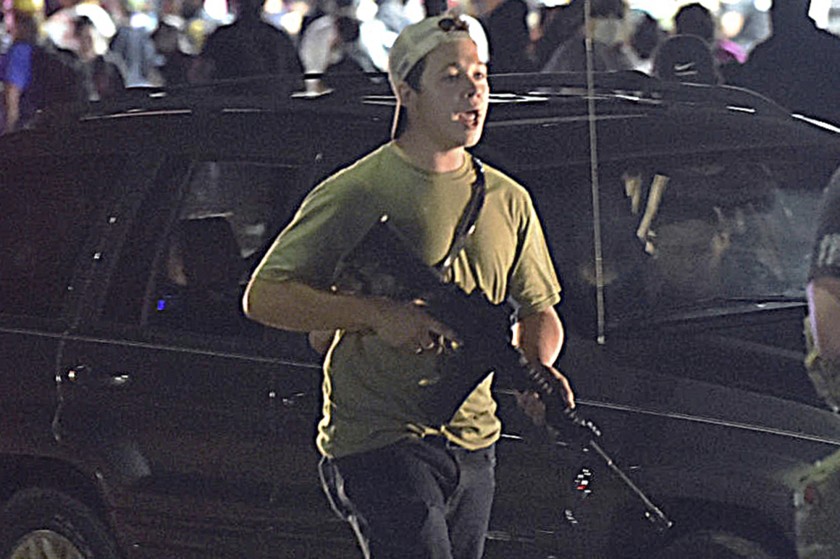 At a recent protest in Kenosha, Wisconsin, after the armed assault of Jacob Blake, 17-year-old Kyle Rittenhouse allegedly killed two men and wounded another. The teen had driven from his hometown of Antioch, Illinois, to Kenosha with an AR-15 rifle he was legally not of age to carry in the state of Wisconsin. His attorney claims he is a “good kid” who went to defend local businesses and help injured protestors. Whether or not those were his true intentions, he was caught on camera, killing two men and injuring another. Prosecutors have now charged Rittenhouse with five felony counts, as well as a misdemeanor for possessing a dangerous weapon while under 18. However, Kyle's attorney claims his client was part of a “well regulated Militia”, whose life was in immediate danger, and whose actions were for self-defense. Throughout this essay, I will argue why Kyle Rittenhouse was not a vigilante, as some conservatives contend, and has no legal defense for his actions.

The videos of the Kenosha shooting have gone viral since the night of the riot. Rittenhouse is first seen wearing a backwards cap with an AR-15 strapped to his olive green tee-shirt. He first attempts to extinguish the flames of a garbage can a mob of protestors had lit. This upsets the mob, as an agitated rioter begins to chase Rittenhouse. Multiple right-wing media outlets claim the rioter threw a Molotov Cocktail at Rittenhouse. However, it is now confirmed that it was only a coke can inside a bag. Meantime, a handgun is heard firing several times in the background. Though the identity of its shooter  remains unknown, it surely escalated the tensions in an already highly tense environment. The rioter, Joseph Rosebaum lunged towards Rittenhouse who still had his AR-15 strapped to his back. Rittenhouse then turned and fired his rifle, shooting Rosenbaum in the head.

At this point, Rittenhouse has, by definition, become an active shooter. He has engaged in an excessive form of retaliatory force. His intentions were unclear, and he tried to flee the scene. His attorney claims he was initially not fleeing the scene, but walking towards the police with the intent to turn himself in. But, multiple sources have since confirmed that after shooting Rosenbaum, Rittenhouse fled in a direction opposite that of where police were stationed. To complicate matters, Rittenhouse was, according to the state laws, below the minimum age to carry a firearm in Wisconsin. Therefore, the AR-15 with which he had crossed the Illinois border into Wisconsin had become illegal on him upon entering the state.

The footage of the incident shows Rittenhouse fleeing when several rioters identify him as Rosenbaum’s shooter. The video shows him tripping, falling flat on the ground, then pointing his gun at a man, Anthony Huber, charging toward him with a skateboard. Twenty-six year-old Huber pounced on Rittenhouse, who fired one round at his attacker. He fired a third bullet at a second man, Gaige Grosskreutz, a volunteer EMT at Black Lives Matter Protests, who has since recovered from the gunshot wound. After Huber was shot, Grosskreutz approached Rittenhouse holding a handgun in his right hand. Rittenhouse managed to shoot him before Grosskreutz even pointed the weapon at him. Grosskreutz, shot in the arm, ran away screaming for a medic.

Supporters of Rittenhouse justify his actions by saying that he was within his right to “stand his ground” in a life threatening situation. However, this self defense claim is not supported by Wisconsin law. In fact, Wisconsin is one of twenty-two U.S. states that does not have the “Stand your Ground” law. Even in the states where “Stand your Ground” is law, the right applies to self-defense inside one's home, vehicle, or business. In those states, one can generally use lethal force without having a duty to retreat. In any event, the self-defense argument would not have applied to Rittenhouse who had already overstepped his legal framework by using excessive retaliatory force. He was an active shooter who had not complied with Wisconsin State Law, and was posing an immediate threat. After killing Rosenbaum, Rittenhouse had become an “active shooter” and all those who tried to neutralize or attack him were, therefore, legally justified in doing so. The laws sanction bystanders’ efforts at disarming or neutralizing an active shooter, especially since in so many violent instances--i.e. Sandy Hook Elementary School in Connecticut or in Parkland, Florida--attackers have inflicted great harm on innocent citizens.

The last defense Rittenhouse’s attorney makes is that he was part of a “well regulated Militia,” which is protected by the Second Amendment in the U.S. Constitution, and therefore he should not be charged for his gun violation. His attorney will make the case that Wisconsin unconstitutionally restricts 17-year-olds from purchasing firearms. He will also argue that a 17-year-old is protected by the Second Amendment just as an adult is, and that even early American colonies expected citizens under 18 to keep arms. This claim will likely fail, since the Supreme Court ruled on D.C. v. Dick Heller in 2008 the court decided “under 21” restrictions on handguns “firmly historically rooted” and the "right to keep arms in the founding period did not extend to juveniles."

Currently, Rittenhouse is being held in the Robert W. Depke Juvenile Complex Centre in Illinois, facing his six charges. Although it is unlikely that all five felony charges will stand, with a strong legal case against him, he could be found guilty on his more serious indictments. However, if Rittenhouse is acquitted of all six crimes, it will surely be a boon to all those who believe in vigilantism by taking the law into their own hands.