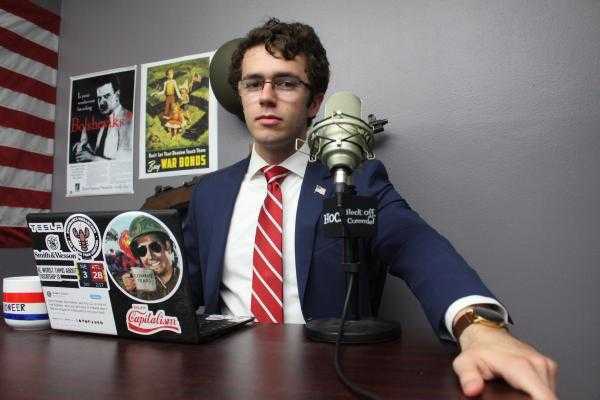 It is often said by American conservatives that we should “put America first” or “make America great again” by enforcing Christianity, banning or out-lawing that which is considered “morally” and “socially degenerate,” yet most do not know the principles that make America what she is. This ignorance has led to more damage than good; it has pushed us further away from individual rights, liberty, freedom, and overall represents a complete push for authoritarianism —which our Founding Fathers blatantly did not support. Firstly, to understand what the United States of America is and what it stands for, it requires an understanding of the context that gave rise to America at all: The Declaration of Independence. This is the defining document of what America means and explains  the Fathers’ motivation for developing, which is of great importance. With such a gaping hole in the conservative understanding, the fight for capitalism and freedom will only lead to contradictions and horrific applications of said contradictions into law.

In 1825, Thomas Jefferson composed a response to Henry Lee where Jefferson  outlined the purpose of The Declaration of Independence. He wrote: “Neither aiming at originality of principle or sentiment, not yet copied from any particular and previous writing, it was intended to be an expression of the American mind, and to give to that expression the proper tone and spirit called for by the occasion.” Jefferson was not alone in expressing this view. In the same respect, John Adams stated, “What do we mean by the Revolution? The war? That was no part of the revolution; it was only an effect and consequence of it. The revolution was in the minds of the people.” Jefferson and Adams both allude that there has been a radical change in the way the Americans understand the world and express themselves. But what caused this change? What principles did they discover that created the foundation for America’s meaning? Conveniently enough, our Fathers wrote about their inspirations.

All the Founding Fathers were well-read and often mentioned about their readings in private letters. In 1789 Jefferson wrote a letter to John Trumbulland and identified the intellectual giants who inspired him and other American Revolutionaries;  “as the three greatest men that have ever lived, without any exception, and as having laid the foundation of those superstructures which have been raised in the Physical and Moral sciences. John Adams also had a diary where he would praise Bacon and Locke in the same manner as Jefferson. An excerpt from this reads, “Mr. Locke has steered his course into the unenlightened regions of the human mind, and like Columbus, has discovered a new world.” James Wilson, a signer of the Declaration of Independence, had also identified the same “big three” Jefferson did as well.

Still, what exactly was so important within the writing of the “greatest men” that made the “expression of the American mind” possible? It is essential to start with Francis Bacon, who was the earliest philosopher of them all. Bacon, in his Novum Organum, expressed the method of reasoning that is needed to understand the law-like mechanisms of the universe. Bacon believed in observing reality, inducing causal relationships, and testing the validity of his conclusions. His view was that reality has laws of its own, and it functions according to them. It is up to the minds of individual people to discover how natural laws operate through inductive reasoning.

Thomas Reid, Jefferson’s professor, noted that the method Bacon expressed was perfected by Newton in his book Principia. It was Newton who applied the principles of reasoning founded by Bacon that lead to the discovery of the physical laws of nature. In the same diary, John Adams in 1754 recorded that Newton's “three laws of nature” applied to planetary motion were “proved and illustrated.”

Finally, John Locke was deeply inspired by the accomplishments of Isaac Newton. As Newton discovered the physical laws of nature, Locke set himself a goal of discovering the moral laws of nature that should be placed “amongst the sciences capable of demonstration.” Locke echoed the words of Bacon and Newton,  claiming that “reason” is man’s “only star and compass.” With this confidence in the ability of the human mind, Locke sought to discover the moral laws of nature that were true independent of God’s existence. In his Essay Concerning Human Understanding, Locke asserts a proposition leading to a moral truth:“Where there is no property, there is no injustice.” This implies that if there is no right to anything, then the concept of injustice does not exist. However, how did John Locke come to this conclusion of rights?

Locke begins from the “state of nature, where man has “perfect freedom.” He is able to think, act, use, and dispose of whatever he sees fit “without depending upon the will of any other man.” Locke continues by saying, “every man has a property in his own person,” and that nobody has a right to “but himself.” The reason for this is because man is grounded in two things: reason and free-will. Reason directs us toward self-preservation, but to do that we must be able to act upon our own free-will. He extends these moral principles into what he calls “civil law” to reinforce that “no one ought to harm another in his life, health, liberty, or possessions.” Locke recognizes that the only means to violate the life of another is to initiate physical force against him, and it is up to the government to encourage “mankind against the oppression of power.”

The works of Bacon, Newton, and Locke can be summed up by the following: reality, reason, self-preservation, and rights. In other words, reality exists and has its own laws. Our minds have the ability to understand them and show us the laws applicable to our survival. But the pursuit of knowledge historically has been halted by others; we must be free to pursue this knowledge which necessitates individual rights. These are the principles our Founding Fathers used to “declare the causes which impel them to the separation [of Britain].” During the fifteen years leading up to 1776, our Fathers held that Britain had a “design to reduce” the American colonist to “absolute Despotism.” This was the ultimate crime of the King, which justified the Father’s revolution against their parenting state.

Today, our Fathers would be horrified by modern conservatives. Such people believe that this nation is a Christian nation as opposed to a nation composed of Christians. Therefore, according to their postulations, we ought to uphold traditional, Christian values but this is blatantly false. There are various examples in which the Fathers did not base the country’s founding on mysticism and even questioned God’s existence in private.

John Adams believed “the government of the United States is not, in any sense, founded on the Christian religion.” America is founded upon the moral and political principles expressed through the Enlightenment that led Thomas Paine to say that America did something “no other people in history had ever achieved”: the Fathers founded their new governments “on a moral theory … on the indefeasible, hereditary rights of man.”

Essentially, America’s philosophy and basis for existence is the faculty of reason; the world in which we exist is knowable but we must be free to pursue knowledge for our own sake. Thomas Jefferson even encouraged his nephew Peter Carr to “question with boldness even the existence of God; because, if there is one, he must approve more of the homage of reason, than that of blindfolded fear.”

These sentiments are evidently not being expressed by modern conservatives who would rather enforce obedience to the state and to something outside human understanding. The modern-day conservative worldview is an unabashed violation of America’s founding, the Founding Fathers’ Intentions, and the Enlightenment.