Opioid Overdose Crisis and the Abuse of Fake Opioid Drugs: Understanding the Role of the FDA 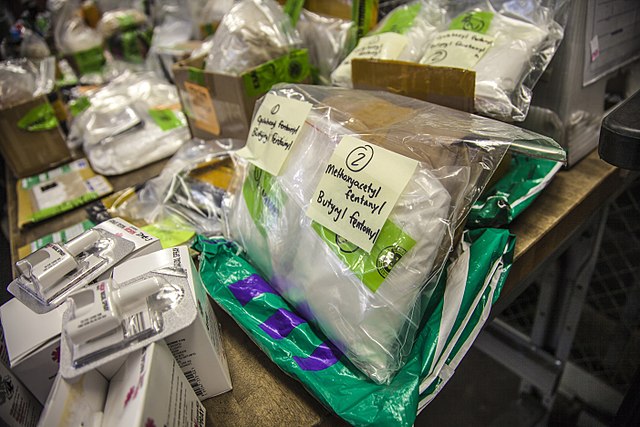 Drugs: They’re everywhere. Someone seeking to escape from the all-too-familiar lifestyle of drug addiction may run into challenges at every turn. Alternatively, someone who has successfully achieved long-term sobriety may experience déjà vu by witnessing the drug addiction habits of a close friend or family member. In fact, the drug addiction crisis is so severe that nearly 50,000 people died in the United States (U.S.) as a result of opioid-related overdoses in 2019. Consequently, the impacts of drug addiction, also known as substance use disorder (SUD), are felt by a wide range of families. Despite their risk for generating long-term addiction, opioid drugs—including pain prescription relievers, heroin, and synthetic opioids such as fentanyl—have, for years, remained the cornerstone of pain therapy treatment. Not all opioid drugs are created equal, though. The opioid epidemic continues to ravage across the U.S., especially rural communities; however, another epidemic of grave magnitude is increasingly developing everywhere in the U.S.: the counterfeit opioid drug epidemic.

The history of opioids serves as a long-drawn-out tale of painkillers and the poppy plant, formerly known as the opium poppy plant. In many cases, opiates found in the opium poppy plant have been used by scientists to engineer prescription opioid medication. Opioid drugs made their U.S. debut in 1775 when the nationwide ban was finally lifted. In the 1860s, the use of opioids for pain treatment was first introduced during the Civil War. The future of opioids seemed to shine bright, as they were used to treat wounded soldiers; yet, to the surprise of many at the time, numerous soldiers became addicted. Later, the Harrison Narcotics Act of 1914 was established to place restrictions on opioid drugs in an effort to constrain their commercial use. Public pressure to invent a new, substitute pain treatment began to mount as medical professionals began to test the limits of modern-day medicine, weighing the costs and benefits of prescribing patients opioid drugs due to the stigma associated with long-term addiction. In the 1980s and 1990s, opioids were finally reintroduced into the public realm to treat chronic pain and it was not until the late 1990s that pharmaceutical companies reassured medical professionals that patients would not experience serious addiction to prescription opioids. In truth, the reintroduction of prescription opioids fueled the subsequent misuse and illegal distribution of these drugs, giving rise to counterfeit opioid medications.

Counterfeit drugs may be hard to spot, but the World Health Organization (WHO) estimates that roughly "1 in 10 medical products circulating in low- and middle-income countries is either substandard or falsified” (Bichell, 2017, as cited in WHO, 2017). According to the (source), (counterfeit drugs are defined as …..). Quote from bichell and leading statement with : “fake birth control pills”.

“Fake birth control pills. Cough syrup for children that contained a powerful opioid. Antimalarial pills that were actually just made of potato and cornstarch.” as described by Rae Ellen Bichell are

With the COVID-19 pandemic still persisting,

In addition, mental health issues, including paranoia, depression, anxiety, aggression, hallucinations, and other problems, can result from chronic use of some drugs. All in all, this can lead to short- and long-term changes in the brain. Thus, stress-inducing events, such as deaths in the family and family reunions, can provide an addict the perfect excuse he or she needs to use drugs again to achieve a “normal” lifestyle.