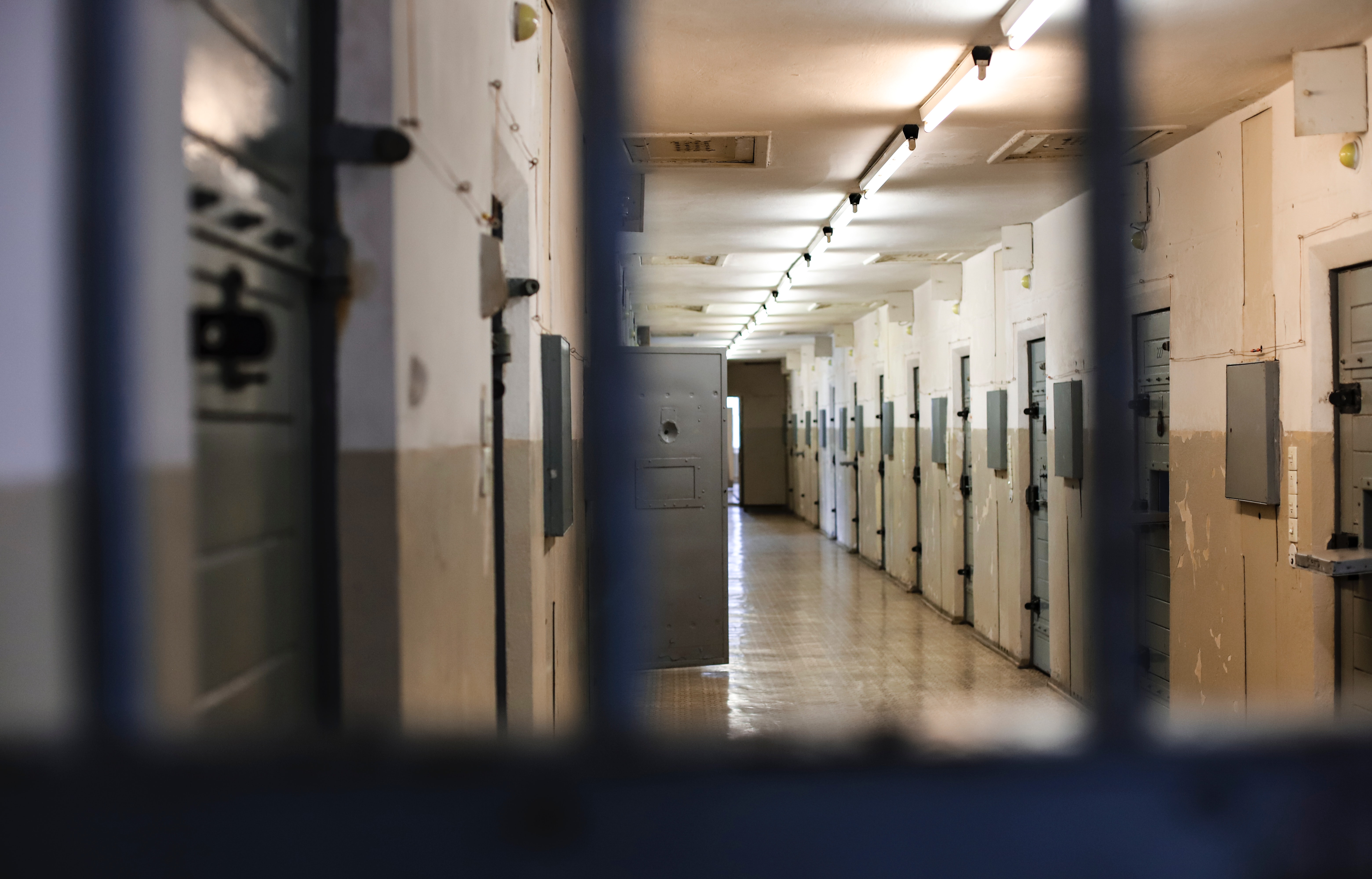 This article is intended to be SATIRE. Any views expressed in this article do not represent the Youth in Policy Institute or the true opinions of the author. Fox News, however, seems to believe each and every one of the ideas mentioned in this article are excellent!

Surveying the sprawling town of Foxville from an overhead view supplies a spellbinding sight. The sprouting suburbs of Oan and Nmax provide the nightly news with headlines daily, through their fiery commotions and bellicose residents. Nearer to the city center lies Foxville’s legendary rendition of the Vegas Strip, with entertainers like Tucker Carlson and Sean Hannity passionately performing for packed out auditoriums. Though the city’s power structure has been shaken up recently due to a series of its leaders taking vacations with no defined end date, it remains a spectacle for passers-by in the night sky. When the city isn’t conducting its planned power outages on June 9th, June 13th, June 16th, June 21st, and June 23rd, however, there is only one staple which tourists consider a must see. Located three blocks South of Trump Tower, the stainless steel dome of Lou Dobbs High School (known as Roger Ailes High School until 2016, and O’reilly High School until 2017) represents the nation’s first steps to truly safe schooling.

Students approach the dome in an orderly fashion every morning, being careful to seem as unsuspicious as possible, denying the 37 retired police officers and army veterans patrolling the circumference the chance to increase their body counts. The single entrance to the inner sanctum involves 3 sets of interlocking doors that allow only one student to enter at a time. Each Foxville High Fox is also alerted of the military grade tripwire between the second and third door on their orientation day, though the nurse’s office is still kept quite busy by students who forget about the defensive countermeasure in a rush. Once inside the school, students are bombarded by light from the hundreds of bulbs which cover the dome’s ceiling, giving the impression of an all-white environment. While some landmarks, such as the brown basketball courts and green football fields, still remain visible, the classrooms with their white exteriors and no windows  seem to blend into the background, only visible from the side containing their reinforced steel self-locking blue doors.

If students manage to locate their classrooms, they can be sure of their protection. Ballistic blankets are stashed under every desk, providing students with a nice leg rest until the moment comes that they need to be used. With 3 foot thick walls and Tungsten doors, however, it is unlikely that the blankets will ever need to be brought into action. Perhaps the most important defensive mechanism lies with the teacher, who is equipped with an AR-15. The mandatory 30 minutes training session each educator had to participate in instructed teachers on how to use the guns safely, but failed to prevent a few accidents in the past 3 years which resulted in quite a lot of damage to the floor and the occasional ambulance called for a foot injury. Once students enter their classrooms, they remain in them for the totality of the day, not allowed out at any point to ensure there are never any large crowds. The only such gatherings occur in the auditorium at the beginning of the day, when students partake in a group Bible Reading.

An essential preventative measure instituted by the board of education of Foxville Unified School District was a mandatory return to Judeo-Christian values for all students. This decision originally garnered quite a lot of hate from residents on both sides of the spectrum; some parents were uncomfortable with their children being forced to study a religion they did not identify with, while other parents feared that the “Judeo” part of Judeo-Christian values may end up exposing their children to dangerous ideas such as the “Theory of Evolution.” After hours and hours of squabbling and spatting, the board settled on a policy of an hour a day of religious learnings, hoping to instill positive traits in the students. Though the Old Testament is occasionally mentioned, school administrators do their best to skim over the fire bombings of Sodom and Gomorrah (Gen. 19:24–25). The auditorium is also home to a fully equipped exorcism facility, with a cardinal on standby to perform the procedure which many top religious authors believe can solve all gun-related problems. This hour-long block is also occasionally used by Foxville High’s principal, Jeanine Piero, to provide students with the essential messages and lessons which will guarantee their safety.

At the onset of their high school careers, every student is provided with a guide on exactly how to report any wrongdoings committed by their fellow classmates, and offered increasingly larger prizes for each instance of citizen reporting. Piero also often rails against the moral rot in cities such as CraNioN and AlaBaCus, alleging that students must watch their behavior and submit to Christian values at all times. As part of this ritual, students often have their phones, which are confiscated at the beginning of each school day, searched for any form of illicit behavior on social media sites. Screen time is also monitored, ensuring students limit their engagement on Twitter, Tiktok and Instagram, focusing instead on the true homes of real news such as Facebook and Truth Social. On the days when these searches are not being conducted, however, students are often given the chance to train with full auto BB guns, in the hope that they may be able to protect their fellow classmates in the case their teacher becomes incapacitated. In this way, students are truly prepared for any scenario, ensuring their safety.

Unfortunately, tragedy struck the Foxville High campus earlier this year, when a fire caused by Jesse Watters accidentally heating up Kraft macaroni & cheese without the water led to a disaster. The thin doors led to students being unable to exit the premises at a sufficient rate, while the firefighters also struggled to enter the dome. Though teachers did their best to quell the fire by launching volley after volley of AR-15 rounds at it, the flaming menace continued to roar, consuming the football field in a matter of minutes. Though the emergency services were able to put out the fire before anyone was injured severely, much of the school was left in need of serious repairs, leading to the school’s total construction costs surpassing half a billion dollars since its inception. While the armed guards, interlocking doors, tripwires, single access points, windowless rooms, ballistic blankets, armed teachers, armed administrators, daily bible readings, lower social media exposure, student training, exorcism crew, and moral rectitude help guard against school shootings, perhaps there is an easier solution which could be implemented on a national scale to help save the lives of our nation’s children.

‍19 elementary school students, children between the ages of 9 and 11, children with millions of things left to experience, children who had already touched countless others, lost their lives at Robb Elementary School. In the past decade, the AR-15, which the NRA claimed to be “America’s Rifle,” has been used to rob21 victims in Uvalde, 58 victims in Las Vegas, 26 victims in Sutherland Springs, 15 victims in San Bernardino, and 27 victims in Sandy Hook. Read their stories. Imagine what the press would write about you, your parents, or your children. American senators persist with a trend of inaction in the wake of mass shootings, even though a poll conducted by the Foxville city council found that 63% of voters support a ban on assault rifles, 77% support a 30 day waiting period, and that voters believed that access to guns was the largest contributing factor to America having more mass shootings than anywhere else in the world. Yet, the only thing that the senators in Congress can seem to agree on is that young buyers should be slightly more scrutinized when deciding to purchase a weapon which they can use to slaughter innocent civilians. The longer American senators cower behind the might of the NRA and provide weak defenses for their action, the longer Americans will have to hear about the lives of children lost to assault rifle violence. A description of a life-well-lived should be able to fit pages and pages; it is horrifying to think of all of the children whose lives can be summed up in mere paragraphs. One day, perhaps, Fox News will contribute positively to the conversation on gun control, exposing their viewers to common sense legislation which will help save lives, even if it may not end all gun violence. Until that day comes, remember the stories of the victims, educate others when possible, and make sure that gun control remains high on your voting agenda.