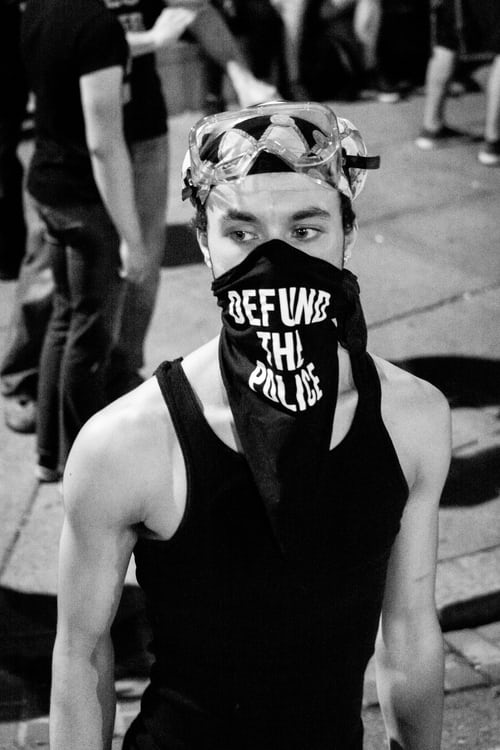 Over the past couple of years, slogans like “defund the police” and “ACAB(All Cops Are Bastards)” have gone viral, on both the left and right. On the left, these have been rallying cries for change and a response to decades under a violent and unfair system. On the right, these have been illogical and dangerous personal attacks by the “liberals”. This misperception by the right and an exclusionary(as well as occasionally classist) leftist approach to advertising has completely removed the school of thought behind these slogans from their use. So, dear reader, let me explain to you what defunding the police means, why I think we need it, and why I think you should support it too.

First things first, let’s identify the need. Why do we need police? To answer that question in more depth than the obvious, let’s ask when and why do people call the police? The first thing that comes to mine is simpler crime, theft, burglary, break-ins, maybe violent crime. Those kinds of things. Now, those are situations in which police officers could be helpful. But, once we get to more complicated matters the question of whether or not standard police officers are helpful or not becomes more complicated. Please note that I am approaching this question from the lens of asking who would deal with this system most effectively and most safely for everyone involved.

Escalating from simple crimes we have instances like kidnappings and school shootings. In both of these cases, police officers are not the most helpful option. In the case of school shootings or other mass shootings, hostage negotiators and more trained SWAT officers would much more efficiently and safely handle the situation. In the case of kidnappings, the vast majority of which are perpetrated by a parent or relative of the children involved, detectives (if the child is missing) and negotiators would be much more qualified to de-escalate and resolve the situation than standard cops. Additionally, similarly to the case of kidnappings, detectives and other further trained professionals are more qualified to deal with murder and in some instances burglary or other violent crime. Think Criminal Minds, NCIS, or Bones. In all of those shows and in real life, your typical beat cop isn’t solving murders. Your typical beat cop is not qualified or trained to solve murders or any other type of mystery. Even the more mundane aspects of murder investigations, involving securing a crime scene or packaging evidence are not things that many standard police officers are trained for.

The other subsection of things that police officers are often called upon to do is things relating to more delicate crime. For example, domestic violence and sexual assault. These are things that many police officers are expected to deal with and that happen incredibly often but also must be approached with caution. In both cases victims are in a delicate frame of mind and body. These cases will not be at all helped by purposefully imposing officers (mostly men) with guns plowing into the situation. And, from the point of view of the police officer, why should they be placed in a situation where they have to deal with a very delicate situation that will not be helped with a gun with only a gun and absolutely no training on how to deal with victims. That system isn’t fair to the victims or to the cops. In both cases, qualified professionals who have been trained on how to counsel and speak to victims of these crimes as well as medical professionals who are trained on how to deal with the injuries related to these crimes would make the victims safer. Additionally, in the case of domestic violence, professionals who are trained to de-escalate tense situations and help get perpetrators behind bars and victims safe as soon as possible would be a much better choice.

Incidents relating to mental health also often involve the police. Suicide is technically illegal because it allows cops to break into the home of someone they have reason to suspect of attempting suicide. While this seems a necessary legal loophole it disregards the question, are police the best equipt group to handle a suicidal person? The answer, in short, is no, they are not. “Suicide by cop” is an unfortunately common phenomenon where people, usually black men, antagonize white cops into shooting them in order to commit suicide. This is tragic for a number of reasons, including that it usually works and that it shows how standard unnecessary police shootings of black people are. Even outside of that phenomenon, cops are trained or qualified to talk someone down from suicide so that typical police solution involves additional violence. If someone is suicidal and has gotten to the point that they are actively attempting suicide, people storming in with guns and further escalating the situation will not help.

Similar arguments apply to police wellness checks. During wellness checks, a concerned friend, family member, neighbor etc. calls the police and asks them to check in on someone to make sure they are okay and safe. This seems like a great idea in theory. We all have friends and family members who aren’t close by. If we are concerned about that person's safety, either because of themselves or others, it sounds helpful to be able to call a professional in order to check in on them for free. Despite the reasonable nature of this in theory, in practice it often makes the situation worse. Police are not trained to productively and kindly deal with victims of suicidal ideation. Instead wellness checks include groups of imposing officers with guns almost forcing themselves into a presumably unstable person’s home, detaining them, and then bringing them to a station. At the station they will again be dealt with by suspicious people with guns who are not trained to deal with a victim of suicidal ideation. Absolutely no aspect of that is fair or safe to the victim or the cop.

Another instance that endangers civilians and officers are the inevitable calls from misguided concerned citizens who see someone neurodivergent acting strangely and decide the best people to deal with that are the police. This is an incorrect assumption. First, police officers are, again, not trained to deal with these situations. Second, the assumptions that many people, including officers, make on how to deal with these situations are incorrect and damaging. Side note: if you see someone acting strangely, restraining them is not the correct choice. Unfortunately, restraints are how most uninformed officers choose to respond to the situations in these calls. In instances like this medical professionals who are trained on how to best respond to complicated situations are the most qualified and best choice for responding.

Okay, so, now we’ve covered all of the main instances in which the cops get called. We’ve also talked about how in the vast majority of these situations, either other types of professionals or differently trained police would be infinitely more appropriate. So, once we have this established the question is what can we do about it. The obvious solution is by expanding and investing in mental health, medical, sexual assault, domestic violence, etc. response teams. But, where do we get that money? No one wants to pay higher taxes. The answer is by diverting funds from the police.

Bear with me. I understand the response to that statement. “If the police don’t have enough money we won’t be safe!”, “People are going to lose their jobs”, “I’ll call 911 and no one will pick up!”. None of those things will happen. You, your family, everyone, will be just as safe as before, if not safer. Let me explain before you jump to conclusions.

Let’s look at a real police budget and how the money is distributed among different types of response teams. The Raleigh North Carolina police department total budget for 2021 is $111,650,973. Of that, $47,741,609 or about 43%, goes to Field Operations. In this case, Field Operations represents all preventative patrol and response to calls by standard police officers (i.e., not including any more specifically trained teams/personnel). Comparatively, Trauma Counseling and Mental First Aid only receives $116,385(.1% of the police budget) and the Family Violence Unit only receives $286,932(.25% of the police budget) in total. No money from the city goes to medical response. All of the city’s medical response is privatized through individual hospitals.

The Trauma Counseling and Mental First Aid Unit consists of one full time employee and the entire family violence unit is three full time employees. The Field Operations Unit consists of 467 full time employees. As of 2019, 464,485 people live in Raleigh. This means that there is only a 3:464,485 ratio of Family Violence Specialists employed by the state to residents. Around 3% of Americans experience some form of domestic violence every year, for reference, that’s more than 10,000,000 people. If 3% of people living in Raleigh experienced Domestic Violence then the number of victims under the purview of the three people in the Raleigh Police Department’s Family Violence Unit would be 13, 935. 3:13,935 is not an acceptable ratio. This ratio begins to look even worse when compared to that of criminals to cops.

According to the FBI, in 2016, 8,421,481 people were arrested for a crime. This does not mean that that person was convicted and these crimes spread from murder to loitering. But there were 8,421,481 criminal arrests in 2016. This is about 3% of the population (compared to the US population in 2016). Because 3% of the population is affected by domestic violence and 3% of the population is arrested for a crime, we can estimate that there will be about the same number of people arrested for a crime and affected by domestic violence in Raleigh on any given year. Despite this, there are 464 more cops employed at the Raleigh Police Department than there are Family Violence personnel. The ratio of Family Violence personnel to victims is 3:13,935 and the ratio of police to arrested suspects is 3:90. One of those ratios is much larger.

Now, I’m not saying that the ratio of Family Violence personnel to victims and cops to arrested suspects should be the same. But, you can draw your own conclusions as to whether the difference between those ratios is fair.

A reallocation of money from the police force to other more qualified crisis response teams will not compromise anyone’s safety. Increased investment in more qualified professionals and an expansion of the services offered through a 911 call will make everyone safer and more comfortable.