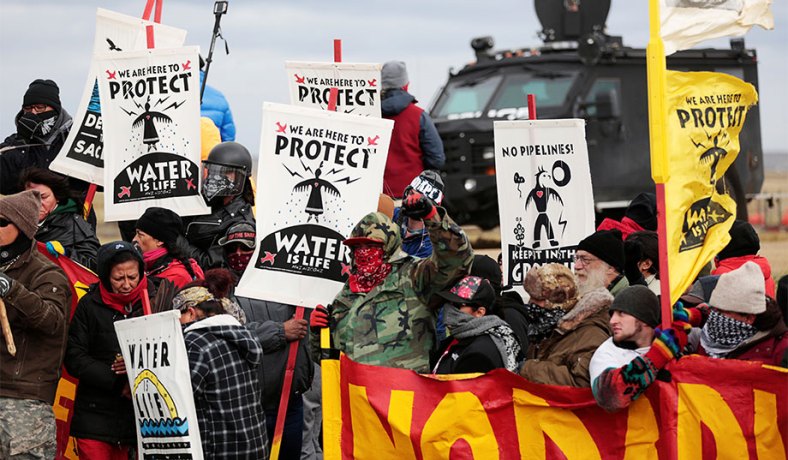 The Dakota Access Pipeline is a multibillion dollar oil transport pipeline that is currently being built from North Dakota to Illinois. The project has undergone intense scrutiny and many have been critical, pushing for the construction to stop. The case against the Dakota Access Pipeline can best be broken down into three categories: the cost, the environmental impact, and its consequences for native people.

According to First Peoples Worldwide at the University of Colorado Boulder, the entire project would end up costing $7.8 billion which is $4 billion more than the $3.8 billion that was originally proposed. This cost also included at least $38 million in taxpayer dollars. That is millions of dollars of taxpayer dollars going towards a project that was created to benefit Energy Transfer Partners, a company completely unrelated to the government. This amount is so high because ETP failed to account for the social costs surrounding the pipeline including the effect that it would have on surrounding communities. Beyond that, the pipeline is already in legal trouble. According to an AP News article from August, the pipeline faced a recent shutdown after a judge deemed additional environmental testing necessary. This is important to note because this is after only three years of operation and before construction has even been totally completed, meaning, shutdowns and other similar costly legal issues down the line are not out of the realm of possibilities.

While the concept of problems arising from an oil-transportation pipeline built alongside several water sources are somewhat apparent, the environmental impact stretches far beyond just that. A National Geographic article claims that the pipeline is set to potentially put nine different threatened, endangered, and candidate species at risk. This risk expands beyond animals to people, however, when oil spills are considered. Since the project was announced, the largest risk that has been brought up by the public is the fear that the pipeline could potentially cause an oil-spill or poison the water in South Dakota areas surrounding the Standing Rock Sioux Tribe. The Standing Rock Sioux Tribe is an indigenous tribe that relies on the Missouri River, which the pipeline crosses just upstream of them, for water.  Beyond that though, Harvard's Environmental & Energy Law Program created a report on the environmental impacts of the Dakota Access Pipeline claiming that most reports conducted on the effects of the pipeline have not been comprehensive enough or answered all potential concerns. As previously mentioned, these concerns led to a shut down as early as this year. The report also deemed the pipeline an economic and safety hazard because of these risks.

As discussed earlier, the pipeline is set to run across a key water source for the Standing Rock Sioux people; however, it is not just that simple. In a breakdown published by the National Museum of the American Indian, it is revealed that the Dakota Access Pipeline potentially violates Article II of the Fort Laramie Treaty. This article is meant to guarantee “undisturbed use and occupation of reservation lands.” Since the construction and operation of the pipeline is set to interfere with sacred grounds and water supply, the tribe has deemed it harmful and believes it to be against this article. Unfortunately, their stance on this issue was not taken into consideration to a high degree, leading them to organize protests in the area and across the nation. Many Native Nations came to their defense as the also viewed this as a violation of the aforementioned article, still, this did not bring about the intended change or halt in construction. The University of New Mexico also published an article discussing the native perspective of the potential water issue. In the article, it is explained that no members of the tribe were consulted in the planning or execution of the pipeline meaning that their land and livelihood were disturbed without their voices being heard on the issue. The tribe also could not properly sustain themselves, their farms, or their livestock should something happen to this water supply. This could be catastrophic for their population as many people could need to leave the reservation to maintain a healthy lifestyle.

The Dakota Access Pipeline is a project seeking to transport oil more efficiently. Nonetheless, it is clear that the costs and harm brought upon from this construction far outweighs any potential benefits. The protection of the planet and water supply, along with the absurd costs to those unassociated, must be emphasized over the potentiality of efficiency.