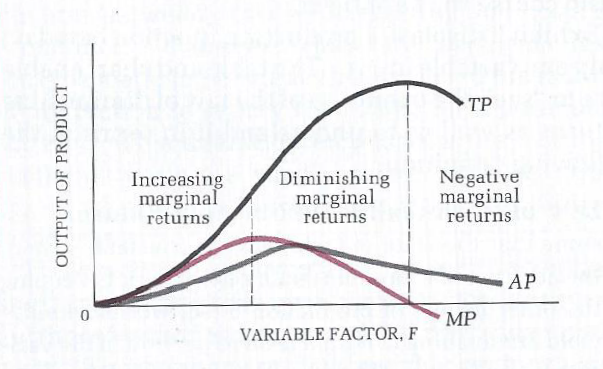 The economic calculation problem says that without a proper pricing system, you cannot properly allocate factors of production that best suit the subjective values of consumers. The ECP assumes

Mises illustrates the ECP with the following example:

“The director wants to build a house. Now there are many methods that can be resorted to. Each of them offers, from the point of view of the director, certain advantages and disadvantages with regard to the utilization of future building, and results in a different duration of the building’s serviceableness; each of them requires other expenditures of building materials and labor and absorbs other periods of production. Which method should the director choose? He cannot reduce to a common denominator the items of various materials and various kinds of labor to be expended. Therefore he cannot compare them. He cannot attack either to the waiting time (period of production) or to the duration of serviceableness, a definite numerical expression. In short, he cannot, in comparing costs to be expended and gains to be earned, resort to any arithmetical operation. The plans of his architects enumerate a vast multiplicity of various items in kind: they refer to the physical and chemical qualities of various items in kind; they refer to the physical productivity of various machines, tools, and procedures. But all their statements remain unrelated to each other. There is no means of establishing any connection between them.”

The relevance of the problem:

If you advocate for a society where you cannot properly produce things, your society will have worse resource allocation. If one cannot produce goods properly, then how is it possible for a socialist or communist society to be preferable to a capitalist economy? There is no economic metric where socialism is better than capitalism if you cannot produce anything. Economics is consequentialist by nature, so if you advocate for a society that has no market prices and no private property, then the society you are advocating for is worse than a capitalist economy. You cannot economically critique capitalism if you don’t care about the ECP. If you do care, you will see there is no better system than capitalism.

A Rebuttal to every Critique of the ECP to date:

Many people have responded to the ECP with their critiques, but not a single one holds up under logic.

Linear programming as a response to the ECP is very flawed. The ECP presupposes we live in a static economy, but the economy we live in is ever-changing. Even still, linear programming is simply a method we can use to maximize or minimize material costs and outputs. It completely misses the point of the ECP. The ECP deals with how we establish a quantitative relationship between different factors of production, and by what common denominator we can do this. Linear programming does not do this. For example, linear programming could tell us how using more X instead of Y would affect output; it cannot tell us whether we should use X or Y in a dynamic economy.

Planning based on labor time:

Many people have based their solutions to the calculation problem based on labor hours. This response falls flat on its face since it fails to consider that labor by nature is heterogeneous, not homogenous. Say a doctor spends one hour of labor performing brain surgery. Let the value of that labor be represented by Y. Now, let's say a doctor spends 1 hour of labor dropping off food for Uber Eats. Let that value be represented by X. We know that X does not equal Y, and we know this because of the previously mentioned fact regarding the heterogeneous nature of labor. Labor being heterogenous matters because it means it cannot be used as a common denominator to commensurate different factors of production. Labor hours could only be effective at solving the ECP if planners could establish some interpersonal utility function, which is, of course, impossible. Given the subjective nature of value, one would need to determine how much each subject values each service/product and be able to compare the utility interpersonally.

It is a popular view that Oscar Lange disproved Mises’s economic calculation problem. This could not be further from the truth. To start, Lange’s model is a neoclassical model. Like all neoclassical models, it presupposes a homogeneous capital structure and views it as one big blob. In reality, capital is heterogeneous. Capital is the most relevant factor of production in terms of the ECP, in which you must determine which capital goods to use in the production process. Even if the technological information of production functions, the curves that represent the physical output possibilities of various inputs could be communicated to the central planner. This would be far from helping him produce “economically." He would not need to know the curves that represent that physical output, but which production method to pick out a myriad of ways to produce a commodity. Let's say a product that is worth 50 dollars can be produced by 5 units of A, 6 units of B, and 3 units of C, or by 2 units of A, 8 units of B, and 4 units of C. In a proper market economy, we can see that if the price of A is higher relative to the price of B and C, the second method of production will be less costly. The planner lacks this information because there is no market for goods A, B, and C. Even this would not be enough. Once it is known which one of the methods of production is “cheaper,” there remains the problem of how much to produce of each good with any given method. Given that prices of goods diminish as their supply increases, entrepreneurs can estimate if the increase in the number of goods produced with more factors of production will yield a higher profit. These types of estimations and calculations are only possible with real market prices. Lange’s solution is not very different from Taylor’s original trial and error method. The parametric prices would be adjusted using the trial and error method. If the demand for some production goods exceeds the supply, parametric prices are increased. If the supply exceeds demand, prices are lowered to clear the market. The overall trial and error ideas are very flawed. We cannot look at previous supply and demand levels and say that we can formulate a proper price system based on those. Economies are ever-changing, so relying on historical prices and demand levels is useless. If we have no real market prices, we cannot determine if we are producing efficiently or efficiently or if we're making a profit or a loss. The concept of trial and error is pointless if we cannot determine these in the first place. To add on, Ludwig Von Mises himself critiqued the trial and error method in human action. He writes, “The method of trial and error is applicable in all cases in which the correct solution is recognizable as such by unmistakable marks not dependent on the method of trial and error itself ... Things are quite different if the only mark of the correct solution is that it has been reached by the application of a method considered appropriate for the solution of the problem. The correct result of a multiplication of two factors is recognizable only as the result of a correct application of the process indicated by arithmetic. One may try to guess the correct result by trial and error. But here, the method of trial and error is no substitute for the arithmetical process. It would be quite futile if the arithmetical process did not provide a yardstick for discriminating what is incorrect from what is correct ... If one wants to call entrepreneurial action an application of the method of trial and error, one must not forget that the correct solution is easily recognizable as such; it is the emergence of a surplus of proceeds over costs. Profit tells the entrepreneur that the consumers approve of his ventures; loss, that they disapprove. The problem of socialist economic calculation is precisely this: that in the absence of market prices for the factors of production, a computation of profit or loss is not feasible." As we can see, the Lange model and all trial and error methods are flawed.

Many people argue that previous centrally planned economies get past the ECP and that, in fact, Walmart currently does, since it is as big as a centrally planned economy. This is quite a joke; the ECP is about production, not distributing goods. Walmart is a merchandising business, not a manufacturing one, meaning they don’t produce their goods. In regards to the empirical examples, opponents to the ECP will claim that empirical data in previous centrally planned economies debunk the ECP itself, even though the ECP is a problem that cannot be verified or disproved empirically. The problem needs to be solved to engage in economic calculation and be able to properly produce goods. These critics are ignoring the problem, as economic calculation would still be impossible without real market prices and private property.

Participatory economics proposes a system in which the planners communicate with the “participating” individuals, supposedly ones living in a commune together, to coordinate and meet the needs/wants of the people. The issue here is that the ECP deals with allocating the factors of production. It does not deal with the distribution of goods and services. Even under an economy that utilizes participatory economics, central planners could not determine how to allocate these factors of production rationally without a market-based price system.

Having your planner work for profit does not debunk the ECP, no matter the motive and mode of distribution. It runs into the same question as the original ECP and is a strawman of what it is saying. It incorrectly assumes the ECP says that without a market, you can’t distribute goods. That's not what the ECP says at all; we have previously established what the ECP actually is and still runs into the same issues.

It applies to Capitalism as well:

Many people argue that the ECP applies to capitalism. This is a completely foolish claim that stems from people not knowing what the ECP is. The ECP applies to planned economies because they do not have prices that act as a common denominator to allow us to commensurate different factors of production. In a centrally planned economy, prices cannot form for these higher-order goods. Thus, economic calculation is not possible. In a market system, these prices do exist. Therefore, the ECP does not apply.

The Economic Calculation Problem shows that socialist, communist, and centrally planned economies are all completely inefficient and cannot have any proper production. Thus, capitalism is a much better system compared to other forms of economies.