The Fight to end Voter Suppression 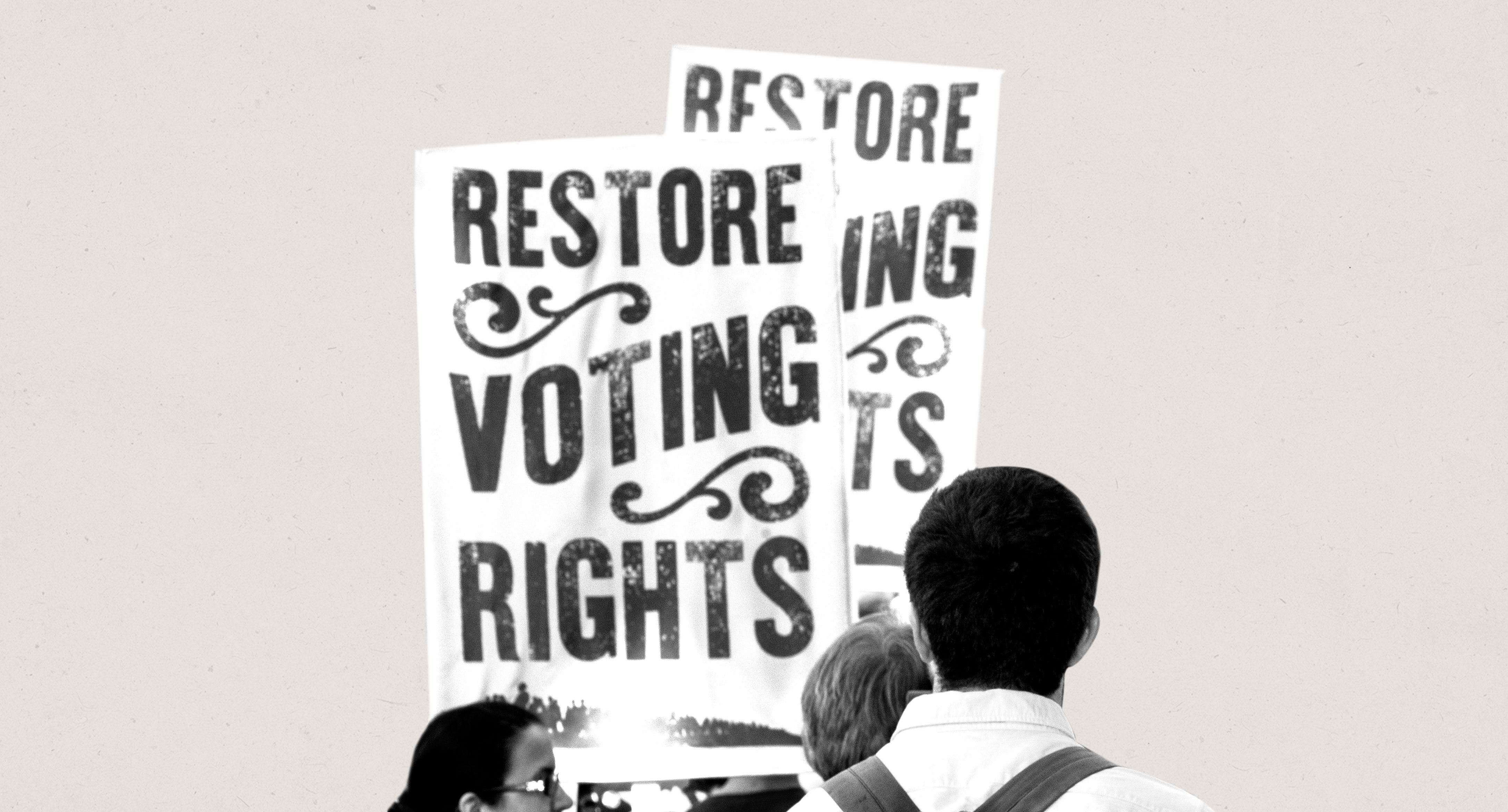 When it comes to politics, voter suppression is any strategy that impacts the results of an election by stopping or by making it harder for targeted groups of people to vote. Voter suppression in America has been historically used to disproportionately stop Black Americans from voting, along with other minorities.

In the past, one way voter suppression occurred was through the poll tax, which was used to try and prevent poor people and minorities from voting. Another way votes were suppressed historically was through the use of literacy tests, which were used to prevent Black people from registering to vote.

According to the American Civil Liberties Union, “Thirty-four states have identification requirements at the polls. Seven states have strict photo ID laws, under which voters must present one of a limited set of forms of government-issued photo ID in order to cast a regular ballot – no exceptions.” But how is this voter suppression? First of all, getting an ID requires money, especially in states where the ID laws are strict - money some groups of people might not have. American Civil Liberties Union also cites a 2014 GAO study, which found that strict photo ID laws reduce turnout by 2-3 percentage points. In just one state that can add up to more than tens of thousands of votes. A study published in the journal Politics, Groups, and Identities found the turnout gap between white counties and racially diverse counties was wider within states enacting new strict photo ID laws, meaning these laws are also biased.

The problem started after Shelby County v. Holder. The Voting Rights Act of 1965 prohibited discriminatory voting conditions like literacy tests, which were more common in southern states. The Act made sure there were no policies that prevented Black people from casting their vote. However, Shelby County v. Holder lifted limitations on states that previously made it difficult for African Americans to vote. State governments now did not need federal approval before making changes that could unfairly harm Black Americans' voting rights. As a result, strict laws that made it harder for citizens to vote popped up all across the United States. This also allowed strict voter ID laws to become more common. According to Reuters, states across the American South have closed nearly 1,200 polling places since the Supreme Court decision in 2013. While the Reuters article also noted that 1 in 5 polling places was closed in Arizona and 1 in 20 was closed in southern states like Georgia, Louisiana, and Mississippi, there was an exception to the trend. South Carolina has added at least 45 polling locations since 2012. The difference? State law requires multiple officials to sign off on any changes. Let’s take Kentucky, for example: in their primary elections, some areas of the state with a heavy population only had one available polling location for people to cast their vote. According to Newsweek, “That list includes Jefferson County, the largest county in Kentucky and home to half of its Black residents.” Stacey Abrams, a voting rights activist was one of many who tweeted out criticizing the change. “Voter suppression is no longer billy clubs & Jim Crow. It’s closed polling sites + 6 hr waits w/o pay. COVID is no excuse,” said Abrams. At one point, Louisville, Kentucky, which has a population of 600,000 people, only had one polling place. Limited polling places lead to long lines, sometimes with a multiple-hour wait. Some people cannot afford to wait in these lines just to cast their ballots. This leads to a drop in voter turnout. And when these limited polling places seem to affect one group of people a majority of the time, it poses a very large and dangerous problem.

Cutting down early voting and limiting the times people can vote is a form of voter suppression. Let’s look at the state of Georgia. According to CBS News, a record 5 million voters voted in the presidential election. 1.3 million of those voters voted by mail. The Senate runoffs had a record 4.4 million voters, with more than 1 million votes being sent in by mail. Georgia found no evidence of widespread voter fraud and Democrats won both elections. These record voter turnouts will decrease if Republicans continue to try and restrict when people can vote. If voting hours and mail-in ballots are restricted, Black and minority voters who voted Democrat are going to be disproportionately affected.

Of course, these are just a few of the ways voter suppression tactics are still used today. There are many more including, eliminating same-day registration, intimidation to minority voters, voter purges, and problems with election security.

Voter restriction laws have been introduced by Republicans all over the country. This is especially true now after all of the false claims of voter fraud in the 2020 Presidential Election. Republicans claim these restrictions are to make sure our elections are secure, but Democrats say this is a way to decrease voter turnout amongst certain groups of people.

Luckily, we have people fighting the battle of voter suppression. People like Stacey Abrams are credited with turning Georgia blue during the 2020 elections by helping register thousands of new voters. Multiple organizations and activists have been battling attacks on voter rights. Politicians are fighting for laws to protect all citizens' right to vote. We must not let any more restrictive voting laws pass.

What can you do to fight voter suppression? Know when you need to vote. Create a schedule for yourself. Make sure you are still registered to vote to prevent being part of voter purges. And most importantly - don’t leave the line to vote. Make sure your voice is heard and your vote is cast.

It’s easy to assume that voter suppression is just a thing of the past, but it’s not. It’s a battle that’s happening right now. Voters and politicians need to recognize these tactics and not allow them to decrease voter turnout. Elections keep America functioning, and we need to make sure that all voices are heard and all votes are cast and counted.