The Future of the Democratic Party 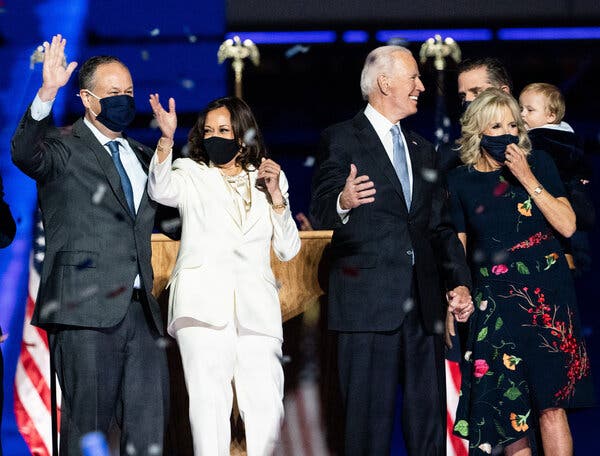 A few weeks ago, we looked over the future of the Republican Party. With the insurrection of January 6th and political turmoil following the Trump administration, attention to the political future has largely fallen to the Republicans. However, the Democrats are facing similar problems themselves. With a growing gap among progressives and moderates, the unity of the left during the 2020 presidential election seems unlikely to be repeated. With President Joe Biden announcing that he will be a one-term President, the Democratic party has an opportunity to rebrand itself following one of the most controversial and violent elections in American history. What is the future of the Democratic Party? Who will run in 2024? What direction — progressive or moderate — will the party go in?

To answer these questions, context from the 2020 presidential election should be provided. Although the party prioritized unity to defeat former President Donald Trump, this unity was temporary and short-lived. With Senator Bernie Sanders of Vermont running for the Democratic ticket, progressives were optimistic the party would go in a new direction following the establishment failure of 2016. Despite this, establishment Democrats flocked to the face of establishment politics over the rebel. With Trump maintaining the anti-establishment support, the Democrats chose a path they knew, even if in the past it had failed them. The safer choice, coupled with unprecedented voter turnout resulted in the most votes for one candidate in U.S. presidential election history. Second only to Sanders, the most known progressive in mainstream U.S. politics is Alexandria Ocasio-Cortez of New York. Her word carries nearly as much weight as Sanders’, though her endorsement wasn’t quite as strong. Her most documented endorsement was in April of 2020, when she said, “In November, I’m going to be voting for Joe Biden — that’s what I’m going to be doing” (courtesy of The Hill). This quote, while technically a sign of support, was done in an impromptu, informal interview with famous rapper, Fat Joe. This lack of pomp and circumstance that came with the endorsement of progressive Sanders suggests AOC’s hesitancy to support Biden, though this was never confirmed by her or the Biden campaign. Nonetheless, the clearly delicate relationship could break in 2024 when the DNC must again choose between an establishment choice or a further-left, populist choice.

This divide in policy will likely lead to a diverse set of ideas being presented in 2024. While it is difficult to name any one progressive candidate who may run, the main two (Sanders and AOC) both look unlikely to run; AOC for her youth and general opposition to running for higher office and Sanders due to his old age. Moderate Democratic candidates are much easier to forecast, with Vice President Kamala Harris being the clear front-runner. Governor of California Gavin Newsome seemed plausible at one point, though his controversy regarding violating his own COVID-19 rules will certainly tarnish any campaign. Governor of New York Andrew Cuomo might have had an opportunity, but recent sexual-misconduct allegations likely killed any campaign he might have explored. New cabinet candidate Pete Buttigieg could be a viable candidate if willing to run against Harris. The biggest threat to current front-runner Harris would be a progressive like Sanders or AOC, or someone that could receive their endorsements. Harris could pursue recruiting proggresive and leftist support herself, just as Biden and Hillary Clinton have done in previous elections. However, her controversial past of being a prosecutor and many of her actions in this role will likely alienate progressive voters. Assuming she runs in 2024, she will likely brand herself as she did in her first campaign to be prosecutor, that of a “get-it-done progressive” (phrase directly from her book). This will be in the hopes of building her active voter bloc, expanded to include progressives and leftists. This attempt will be hard-fought, with a difficult track record as a prosecutor. NPR finds that “an appeals court found that Kamala Harris's office had overzealously prosecuted his case, despite there being evidence that he was innocent.” This is just one of the cases that will haunt Harris for the rest of her political career, as cases like this will be difficult to overcome. As if her past wasn’t difficult enough to overcome, her current position in the Biden administration will come as a roadblock as well.

So forecasting the Democratic debate stage for 2024, the moderates are well-set. Harris is the front-runner, with other (however unlikely) options including Buttigieg, Amy Klobuchar and Cory Booker. Progressives like Sanders and AOC, however, are unlikely to be candidates. Policy wise, the Democrats are likely to incorporate further-left views so long as their voting bloc continues to trend further toward the left. This wouldn’t be a new thing for them to do; the party has transformed quite a bit since President Obama ran for office in 2008. How far the party goes with their platform is dependent on who runs for the Republican Party. If another right-wing populist runs and wins the nomination (Ron DeSantis, Donald Trump Jr., and Candace Owens come to mind), we could see the Democrats remain moderate and cling to establishment choices like Harris. Similar to how the DNC prioritized establishment choices to counter the anti-establishment Trump campaign, they could again choose a safe option as they have in the past two elections. The logic could be reversed, however. If the RNC chooses a moderate choice (think Mitt Romney, even if it isn’t him), the Democrats could experiment with a further-left-wing politician, just as the Republicans tried in 2016 with a far-right candidate.