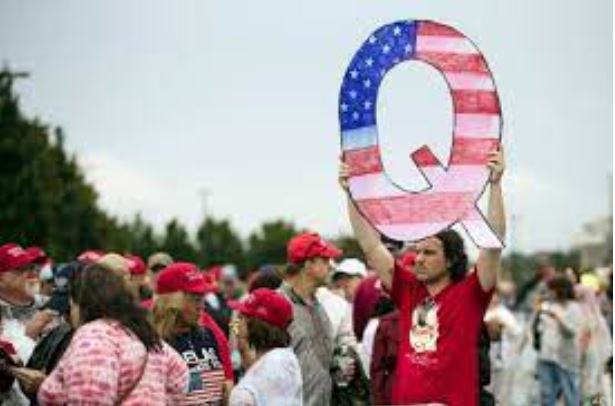 It is a truism, a self-evident and obvious claim, that everything comes down to perspective. The way one views the world is heavily influenced by their outlook on life; those who see the best in dire situations tend to also be those who have a more optimistic mentality. Perspectives are often self-perpetuating cycles, with those who see good in the world perceiving every circumstance they’re placed in as further positive affirmation, while those who are pragmatic can identify hundreds of more reasons the world is a horrible place through only a glimpse of the  news. What, then, becomes of those who begin to see certain aspects of their environment as fear-inducing? When a certain type of fear, the type which never seems to leave the back of their heads, begins to seep into their consciousness, it may be only a matter of time before that fear overwhelms them, consuming their daily thoughts and routines. This fear then further fogs their outlook, bringing them to believe that even the mundane situations of every day feed into a large-scale conspiracy against them. When used as a political tool, this fear can envelop hundreds of thousands at a time, pinning them against one enemy who has been sent to ruin everything they care about. This phenomenon, dubbed the “Paranoid Style” by historian Richard Hoftstader, has been ever-present in the recent American political discussions, with fear yet again enslaving millions who have fallen prey to myths such as “Bill Gates’ microchips” or “QAnon.”

The Paranoid Style, as defined by Hoftstader, is a politically-motivated conspiracy which is perpetuated by a few strong-man leaders in an attempt to unite a group of people in fear of what they perceive as a threat to their way of life, painting themselves as the heroes and their enemies as the definition of evil. A relatively recent historical example of this phenomenon would be the Red Scare, a witch hunt of the halls of government and of Hollywood, conducted by Senator Joseph McCarthy (R-WI), who claimed to be in possession of a list of communist spies in the country. For many Americans at the time, the idea presented by McCarthy of spies infiltrating the top levels of the government and media was very appealing. The proposition that failures in the Korean War could have been caused by Soviet insurgents, as opposed to American incompetence, was probably quite relieving to citizens at the time. Similar to  most conspiracy theories, the Red Scare was also based on a kernel of truth: there were Soviet spies such as the Rosenborgs in America. This combination of facts, however, came to cause millions of Americans to live in fear of secret communist spies in their surroundings, and in turn gave McCarthy significant power and influence over the general population. Though almost completely baseless, the Red Scare and McCarthy’s tumultuous rise to stardom demonstrated the effectiveness of exploiting fear, and how easily even those who one would consider “normal” could fall prey to conspiracies and fake news. In doing so, it caused irreparable damage to the American politics, stigmatizing the American Communist Party to an extent from which it has never recovered, and thoroughly implementing in the minds of generations of Americans that communism was something to be feared and hated.

When an anonymous 4Chan user claiming to have “high-level government security clearance” first posted regarding Secretary Hillary Clinton’s alleged pedophile ring, no one could have predicted the impact their cryptic “Q drops” would have on hundreds of thousands of Americans 4 years later. QAnon, who is named after the high-level Department of Energy “Q” security clearance, claimed that they had top secret information regarding the government’s plans for how to deal with this band of “criminal elites,” and with the help of some right-wing influencers, the anonymous poster quickly gained a large following. They followed up their initial premonition of an impending “storm” with countless more puzzle-like posts which offered their followers a chance to put their code-breaking skills to the test. Many of these codes involved real-life predictions for events, many of which failed to come true, including multiple references to the “Storm,” the day Q predicted for the abusers to be arrested. The QAnon conspiracy follows all the trademark features of the Paranoid Style: it is perpetuated by one leader in QAnon who comes to hold great power, it united hundreds of thousands of Americans against the so-called “Democratic elite,” and it instilled the fear that there are suspicious forces at work in the American political system who represent the worst in society. The followers of this conspiracy have committed, or come close to committing, heinous crimes, such as the “Pizzagate Shooter,” based upon information given to them by what they felt was a trusted source, and the world will likely witness several more deaths due to Q supporters before the end of 2021.

QAnon entranced a significant portion of the American population, making them believe that they were agents of positive change in their country who were working to rid Washington D.C. of nefarious actors. Their fear allowed, and encouraged, them to believe ludicrous conspiracies that no sane man or woman would give the time of day. Their fear forced them to act on these conspiracies, committing acts contrary to their patriotic nature, such as storming the country’s house of government or calling for the execution of Mike Pence. However, the believers of QAnon and the paranoid style in general should not be handed all the blame, nor should they be seen as lesser than others or unintelligent. They are just as much victims as they are complicit in the spread of conspiracies and misinformation. Fear affects every individual differently, and those who are consumed by their fear should be pitied, and given help, as they suffer from double the fear of the average person.