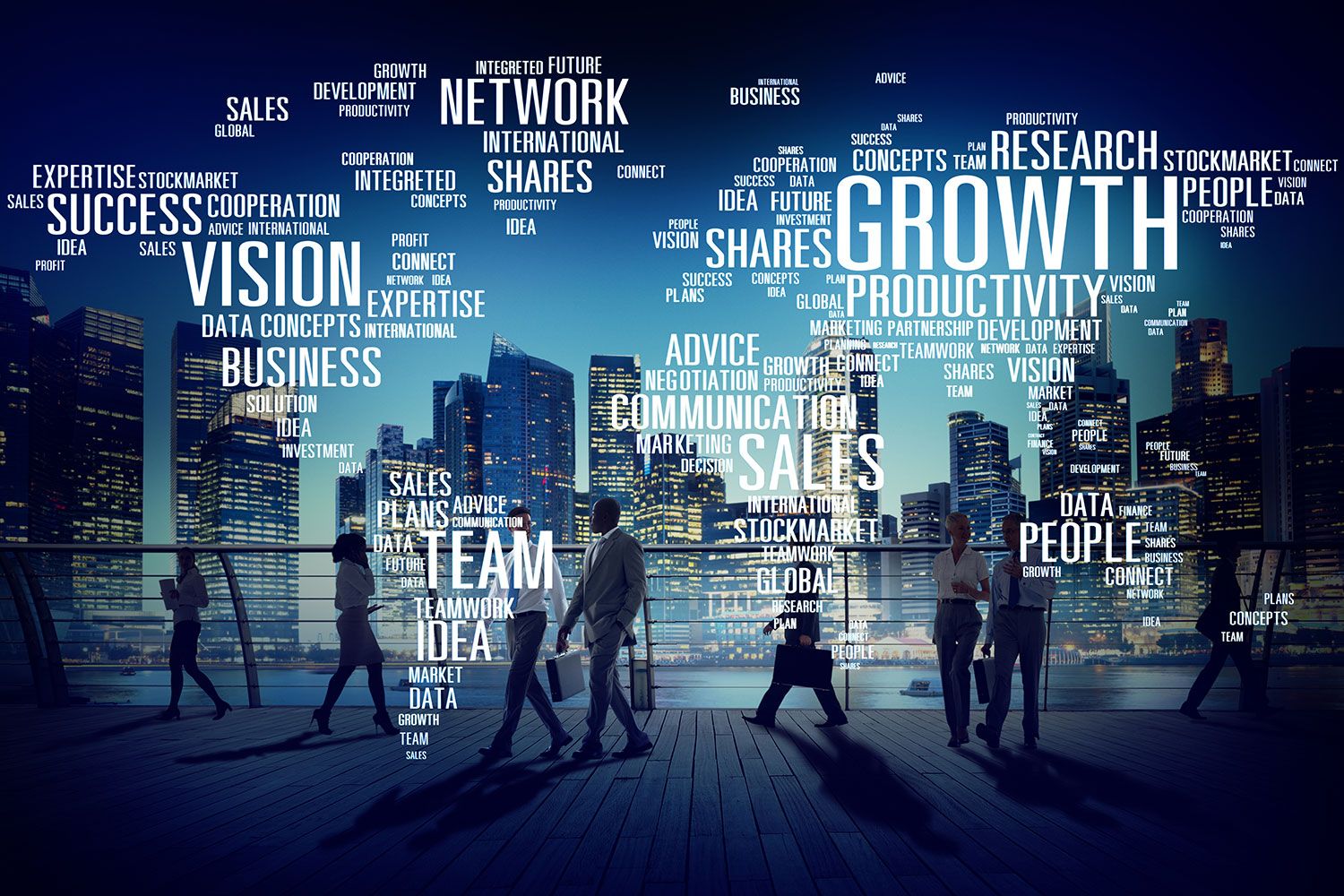 Looking at the market throughout time, man after man have philosophized, proposed, and implemented thousands of different economic idealisms into the marketplaces, of which at this point have been categorized and subjected to the wills of those who have been in power. Those institutions of unilateral dominance have desired a market with their idea of pragmatic perceptions that fixate and establish their willed outcome for product, creation, influx, or positioning. We all know what I speak about, we all know who I am speaking of collectively, it is a practice as long as markets have been organized, as long as the merchant has “exploited the fair people.” Yet they disregarded that all of humanity is subjected to these conditions when presented (anthropologically speaking) due to human psychological and sociological phenomena. Since we are constrained and bound to our means of this physical reality, and now ingrained into agricultural practices, we must rely on sales and production from the simplest organizational standard we have formed through rational thought and mind, that being the agora, the marketplace, the production of wholesales, and the consumption of such. Since these conditions are our own to bear, we must create such a situation that is not only rational but elegant and fruitful. I am not here to discuss such a system, for, through praxeological dissection and studies of human phenomena and a priori form (not to mention ethical maxims), many economists and philosophers have established exquisite theory and practical market practices. I am here to only provide an intrinsic process within these theories of Austrian economics, and of methodology and entropic decay of business due to an occurrence known as Creative Destruction. The idea was introduced by an individual by the name of Joseph Schumpeter (1883-1950). He wrote about the phenomena of a free market in his book, Capitalism, Socialism, and Democracy where he coined the term and idea where within a market, when new technologies, better product advertising, more efficient product allocation, and or the service itself is presented within a marketplace, the lesser competition is ousted from their current position of Product X provider and the requirement of Product X is then given to the new and improved Provider Y.  I am not here to discuss the empirical application of this (at least in-depth), but to explain some of the rational approach to this ideal, not to mention the conscious and psychological demeanor held in order for this to occur, and finally how one may utilize this event for their self-improvement on a microeconomic level.

I would like to give one real-life event to show Empirical value to this philosophical approach.  Critical thinkers and impartial observers examine not only the ideas of his mind but also the application and reaction of such an idea in the physical world. What better way to exemplify this development of market place improvement than with one of the hardest fought and resisted creations ever- the circulation of cryptocurrency and decentralized money?  For thousands and thousands and thousands of years, man has used a medium of exchange- something of value for both individuals to gain from and upon. Mediums of exchange and the psychological involvement to associate value to the material are in and of themselves philosophical studies in economics.  To continue, throughout the history of man, currency has been a collective, centralized force used to determine the value between civilizations, peoples, and individual parties.  At the time, this was necessary for such trade and market expansion to occur, but within this practice came the common and expected corruption of the state.  It held the power to inflate currency through their planned means to create revenue and increase taxes, tariffs, and excuses to “accommodate” their needs. It has been a practice since the first republics of the world, and Rome is a grand example of such. The use of Denarius within the republic's last days and the empire's desired use of currency would show the increased production.  The circulation of these coins only grew worse and worse through the times of Marcus Aurelius, Caracalla, and Gallienus, where the silver of the coin went from 75% to .5% in a matter of just 150 years. What the Patricians thought would have created a surge in money for the treasury and their pockets actually ended in the separation of the state into three ideological entities and the downfall of the empire. We can see this today with the creation of the federal reserve and the value of our current fiat currency being 4% of what it was in 1916. The difference between today and ancient Rome is the incredible ability to display and send information at rates only dreamt of back then- not to mention the incredible rational mind of man devising new and better product, brought into the world Bitcoin in 2009. Since its creation, it has been the bane of the Federal Reserves’ existence and has shown true means for exchange and the subjective value of the currency. From being worth .008% of a penny in 2009 to being worth over 20,000 USD per coin, and now sitting at an average between 8,000-13,000 dollars is enough empirical proof that the creation of this product would easily have taken the market by as of today, if the coercive means of the state and irs agents themselves haven't violently degraded and regulated the market in and of itself. As of now the state has infiltrated Bitcoin and has subjected it to the desires of the stock market and fiat currency, leading to more encrypted blockchain such as Ethereum and Monero.  I will leave the numbers and histories behind to enter into the idealism of Creative Destruction and it’s incredible validity in a market.

I would like to begin with the proposed ideas of schemes within the brain. A scheme is a basic conceptual idea in cognitive psychology that lacks any biophysical relation to the mind, yet has an incredible display and function within the mind. It is a state of both the voluntary and involuntary cooperations of what our mind necessitates and desires. It is the child of Freudian thought (without all of the observational fallacies), the interactions of the ego (the rational and logical man), and the Id (the natural and animal desires) into the creation of the SuperEgo (the functioning mind to endure and survive). This concept is being studied by bio-psychologists as a true display of our minds’ non material cognitive approaches in chemical formations and neurological plasticity. The more important the mind deems a subject, the more dopamine released and more neural synapses formed. One of the functions of dopamine in the mind, as well as categorization of schemes, comes from new information digested from the physical world. It does not matter what kind or form of new interaction it may be- it could be a new place, person, or object- but studies have shown that dopamine surges into the supplementary gap and is reaffirmed by sodium when someone sees something new. It is an old survival tactic to remember a location and or an event as in order to cement one's desire to go there again or stay away. Thus, when something new is introduced into, for example, the market, even if it is a completely subconscious surge, it still is physiological in response.

To continue this idea through an applicable branch of thought, I will introduce the idea of  “Social Desideratum'', the natural processing of information in a social manner.  This is used to determine whether or not an item, idea, or action is rational for need and/or want. This requires little assignment to critical thought, since every single person, and/or social creature, must make a subjective response to an actor or reaction. In this case, that actor or action is a new product. On average, the regular social networking man is subjected to 5,000 advertisements or commercials a day. To remember every single one would be physically impossible for the brain, so, through schemes, our mind eliminates what we may objectively or subjectively deem unnecessary for us. Due to value theory, we deem things aesthetically or practically enticing while others do not. Therefore, new products, especially those of objective need and/or desire will be recognized and then practiced through physiological response and rational debacle in one’s mind. The praxeological response of a sane man in the market would be that the new implementation of product Y subdues product X.  As long as conditions such as price and product were legitimate, this would be the correct investment. On a collective basis, even with subjective value and perceptual experience/individual processing as a rational theory that can be defended, it would still result in the demise of product X and the introduction of product Y.

Those who work in the market follow prices of stocks, bonds, and equity- and, not to mention, usually operate in the field of this expertise. So, I propose an idea that does not eliminate them from participating in these markets, but helps them follow their market with more expertise- and perhaps even with more growth that may help them expand to benefit both the participator and the participant. These individuals should begin research in their investments as well as the type of new product that is being introduced. From here, they should put their shares into these new products, if they deem it creditable and profitable. I cannot delve into the finer details, for products and services vary in multitudes, but the average participant will know this and can advantageously use this to their benefit. The last remark I have to make about following the chain of Creative Destructive is to look at your everyday life, see what you employ, research new developments of this product, and participate in the market with the same caution used by one who is already deploying such tactics in their known field. This is nothing but a baseline hypothetical position for an individual's economic stance, but I hope it gestates thought and practice for those out there with more credibility than I possess in a local market or micro-transactions and employments.