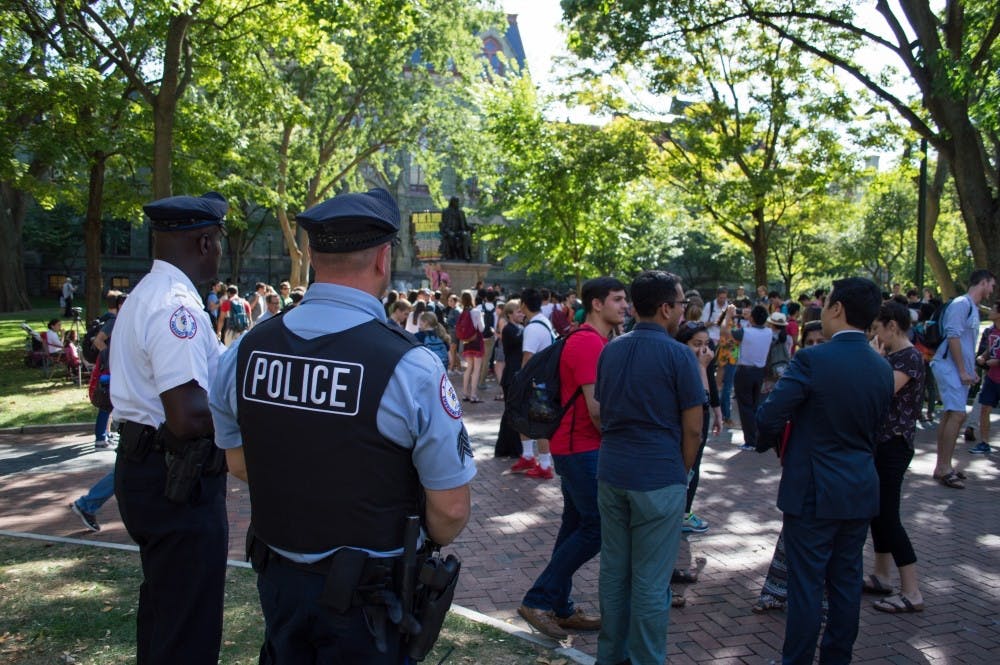 It is undeniable that in our current political system that the police are horribly structured and operated. This essay will be going over the police system, and saying why a private police system would be preferable to one run by a state. Many issues such as police brutality and police abusing their power would be gotten rid of. As well as a private system would lead to simply overall a significantly more efficient method of combating crime. As a final note before going more into detail is that the police system being advocated here would only be in combat to rights violations. All victimless crimes would be legalized as everyone has a right to self ownership and self ownership implies the right to do what you please with your own body as long as you are violating someone else's rights.  A more in depth case for self ownership will be presented elsewhere as it is a long and complex topic, so it is for another time.

Why is private policing better than a state run police is quite simple. A market is better at achieving the end of protection of rights and upholding of a just law. A state holds a monopoly on policing and law. A state cannot have the necessary knowledge to plan a system on a large scale in order to be able to best combat crime. Without some form of profit and loss mechanism or prices then this will always lead to misallocation of resources in this specific field. As Hans Hermann Hoppe put it:

“Here I address the fundamental economic problem of allocating scarce resources to competing uses, how can the state—an organization not financed exclusively by voluntary contributions and the sales of its products but rather partially or even wholly by taxes— decide how much security to produce, how much of each of its countless aspects, to whom and where to provide how much of what? The answer is that it has no rational way to decide this question. From the point of view of the consumers, its response to their security demands must be considered arbitrary. Do we need one policeman and one judge, or 100,000 of each? Should they be paid $100 a month or $10,000? Should the policemen, however many we might have, spend more time patrolling the streets, chasing robbers, and recovering stolen loot, or spying on participants in victimless crimes such as prostitution, drug use, or smuggling? And should the judges spend more time and energy hearing divorce cases, traffic violations, cases of shoplifting, and murder, or antitrust cases? Clearly, all of these questions must be answered somehow because as long as there is scarcity and we do not live in the Garden of Eden, the time and money spent on one thing cannot be spent on another. The state must answer these questions, too, but whatever it does, it does it without being subject to the profit-and-loss criterion. Hence, its action is arbitrary and necessarily involves countless wasteful misallocations from the consumer’s viewpoint” (Hoppe 1993).

Hoppe perfectly sums up state policing and why it is by nature an inefficient organization who cannot by any metric efficiently tailor to their consumers and provide a viable way of protecting rights and enforcing law. Now the question arises as to how a private police system does what the state cannot. The answer is simply it is competitive competition. When you get yourself into a situation needing the police. For example someone broke into your house and you need to deal with the crime you would call or contact your local police force and they would deal with the crime. If a bank is getting robbed the bank would contact the police and police would deal with the crime. They are driven by market forces and consumers. Which means the police are virtually completely compelled by consumers rather than being able to do whatever they please under a state.

There are two ways police would be funded in a privatized system. The first way although likely much less common would be up front payments. So you purchase a service then pay for that upfront and that’s it. Person X pays the company Y an amount of money for Y to solve and handle the case for X. That would be an upfront payment. The more likely way it would happen would be through insurance companies. As people don’t want to go through the hassle of paying up front payments and have to worry about having money on hand. What they would do instead would be to purchase insurance for police. What this does is creates an overall cheaper method and more effective way for policing to take hold. Individuals would decide to pay someone a monthly fee to insure them on protection of rights. Now this wouldn’t only be used for police it can be used for all forms of protection. The goal of these insurance companies would simply be to insure individuals in protection of their rights. One big issue we often see brought up in the mainstream which isn’t addressed very adequately is police brutality. It is deniable that this is a persistent issue that exists today. The question arises as to why this is happening. The reason this is happening is due to the monopoly on policing and the lack of competition. The monopoly on police gives the police ultimate power as there is virtually no one to turn to for protection other than the state. Which gives policemen and police forces the ability to easily get away with injustices and police brutality. Now the way that police brutality would be handled under a private system would be a few ways. The first immediate being that our legal framework would deal with it. If this individual violates another’s rights as a policeman then that individual would be dealt with by the person whose rights were violated by their own representatives in court. Now when we look at companies themselves they will have a much higher incentive to provide the best police services since they want to attract more competitors. It is self-evident that police brutality makes your police service worse which means that it will make you less attractive compared to other companies. Now also on a company level after someone commits police brutality that police forces reputation becomes worse then before. It could be drastic enough to make that police force go out of business. This would lead to other people going to other companies for protection. Which means those companies who have people commit police brutality among their ranks will lose consumers. Which leads to consumers having better protection under a privatized system.

The whole idea is simply that competition and markets are preferable to monopolies of coercion for achieving a given end. Which means we should privatize the police force in order to have a better protection of rights in comparison to a state.