The Sudden COVID Crisis in Iran 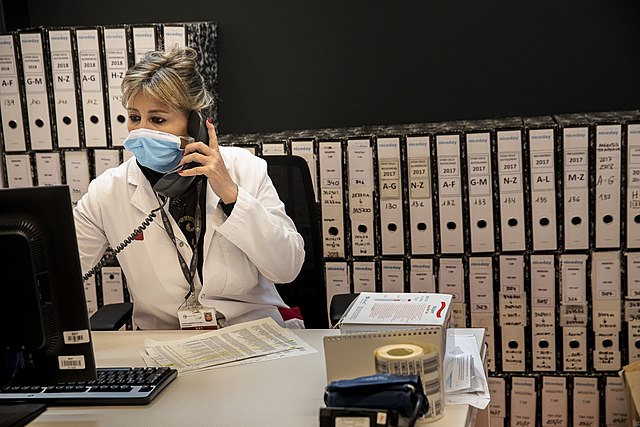 As the world is facing an unpredictable Covid surge, many are now underway to try and avoid the same things happening again in the future. Currently, the scenario in Iran is quite horrifying as it is now experiencing one of its worst humanitarian crises in the past forty years. Coronavirus infections and fatalities fueled by the Delta variant are skyrocketing. The efforts to contain the spread of the virus were hampered by a unique set of economic circumstances, notably the country’s trade links with China, where COVID-19 originated; and the direct and indirect effects of sanctions. The COVID-19 pandemic has exposed the Islamic Republic of Iran’s dysfunctions and vulnerabilities. Despite frontline health workers’ heroic efforts to save lives, the infection rate and daily death toll continue to mount. Iran’s public health officials have openly expressed their concern and dismay with their inability to secure strict public compliance with COVID-19 guidelines in order to break the chain of disease transmission.

Several reports suggest that the potential cause is that the inhuman administration had banned the COVID-19 vaccines in January, 2021 and believed they could ward off grave calamities with prayers. They had even called the coronavirus a “test” and “blessing” and used the virus as an ally to quell society. The new surge has been fueled by the contagious delta variant resulting in the loss of more than 500 lives in one day; and this is happening while the fifth COVID-19 wave has not reached its peak. According to Iran's Ministry of Health and Medical Education, the pandemic has so far claimed 95,647 lives in the country, after 536 new deaths were registered in the past 24 hours. Overall totals stand at 4.3 million confirmed cases and 97,208 confirmed deaths. Only 3.8 million of Iran's more than 80 million people are fully inoculated. Many organizations have predicted that the slope may rise at a rampant rate, causing many fatalities at least till the next month.

In the event of Muharram, lasting till the entire month of August, there are unrestricted religious gatherings taking place with bare-chested young men, without masks, singing their mourning prayers, thus breaching the laws imposed which is outraging many. According to a report by NCRI - witnessing the financial crisis, the country and the people are no longer able to pay the price of the wrong decisions of the authorities and the time of trial and error is over. There are also widespread shortages of oxygen cylinders and other materials. Many times such experiences have produced catastrophic results due to the recklessness of the government. Hospitals, health-care centres, bombarded with patients are on the verge of collapse with many not entertaining them, who eventually die either near the corridors or lawns.

This has gradually put society at risk of depression, obsessive-compulsive disorder, and social outrage. If the situation continues, the regime will certainly face protests by people from all walks of life, with many even demanding the prosecution of leaders who deprived them of the “right to live”. The Iranian know that the regime has caused and amplified the current COVID-19 crisis, and the cowardly management,  has failed in controlling the restive society using the COVID-19 outbreak; what they once called a “blessing” has now become a nightmare for their  regime. Also, many officials have blamed U.S. sanctions for hampering efforts to buy foreign vaccines and for delays in deliveries. Thus, Iran is worst hit with a number of crises like global isolation, a heat wave, the worst blackouts in recent memory and ongoing protests over water and electricity shortages.

Thus, to avoid the foreseen situations leaders have stressed the need to expand diagnostic tests and asked the government and insurance companies to make diagnostic tests available to all people free of charge. Owing to the current scenario, the leader has approximated a need for at least 180 million doses of creditable foreign vaccines. President Ebrahim Raisi has even asked to activate measures for swift imports of the vaccine. Iran is now importing Russia's Sputnik V vaccine, along with the Oxford-AstraZeneca shot through the UN-backed COVAX program. Iran’s government announced its domestic vaccine provides 85 percent protection from the coronavirus. Many front-line medical workers have been vaccinated with Iran’s locally produced shots, or the Chinese state-backed Sinopharm vaccine that may be less effective than other inoculations

Therefore, in an effort to curb the highly contagious Delta variant, the state authorities will impose a six-day "general lockdown" in cities across the country beginning on August 16,2021. All non-essential businesses and offices will have to close with a travel ban between all Iranian cities, all roads will be closed except for trucks carrying food and essential goods and ambulances, open-air gatherings will only be allowed for ongoing Shi'ite Muslim mourning ceremonies.

Thus, eight months after banning imports of any vaccines developed in the United States or the United Kingdom, only 3.8% have been fully vaccinated and the country’s healthcare system -  widely regarded as one of the most resilient in the region - is succumbing to the same. For how long the regime can sustain maximum resistance, without resorting to maximum repression, is likely to depend not just on how deftly it plays its hand in seeking sanctions relief but how competently it manages the critical mission of responding to the pandemic.