The Taliban Won’t Be Implementing Sharia Law: Here’s What They Will Do 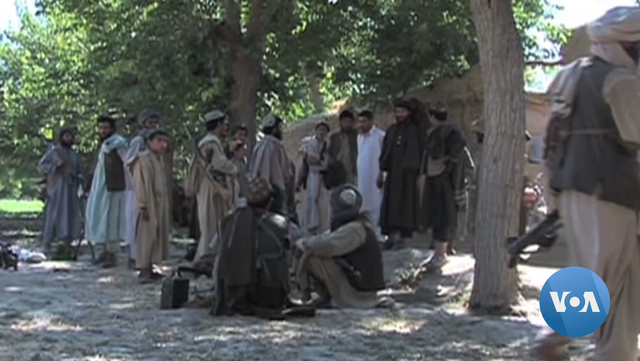 After decades of warfare in Afghanistan, on August 15th 2021, the Taliban marched into Kabul and took over the capital, shortly after US troops prepared to pull the last of their troops out of the country. Ashraf Ghani, the Afghan president, fled the country as it collapsed under the Taliban, a failed effort by the United States military to stabilize the country after billions of dollars of military spending within the region.

This marks an era of terror within the nation to many civilians as they rush to evacuate the country, many families being separated by the crisis. The Taliban is dedicated to imposing a strict version of Sharia Law within Afghanistan, striking fear in the populace (Hawkins, 2021).

The Taliban came to fruition in the late 20th century. Soviet Union forces were defeated by the United States and Pakistan by supporting the mujahideen Islamic fighters, as the threat of communism spreading loomed over Afghanistan. As Soviet Union forces evacuated from Afghanistan in 1989, there was great turmoil in the nation. Afghanistan fell into a cold war, enabling the Taliban to rise to power and control the country. In this time, they harshly and falsely interpreted the Quran, the holy book of Islam. This led to a severe decline in civil liberties for many civilians, particularly women.

As the Taliban have regained control of the country after 20 years of US occupation and blood shed, what lies ahead? Many fear that a repeat of the 1990s may occur. Nonetheless, the Taliban have consistently painted a progressive image of themselves on mainstream media outlets. The spokesman for the Taliban, Zabiullah Mujahid claims, “We are not terrorists. We are not killers. We are not savages. We are a civilised people… we want to live freely in our country” (TRT World). During his interview, he goes on to state that there will be peace in Afghanistan as the situation stabilizes. In fact, many members of the Taliban affirm their desire to build a governing system under Islam, where women’s rights are granted according to the Quran. This allows women to pursue education, work, and participate in politics. Women will be required to wear the hijab under the Islamic Republic (Jazeera, 2021). Although this may seem like great news, it has been met with controversy and skepticism.

The Taliban plans to impose Sharia law, which is highly misunderstood by non-Muslims and especially the west. Sharia law is a body of laws which is based on the Quran, the holy book of Islam, as well as the words and teachings of Prophet Muhammad (Jeong, 2021). According to Professor Akbar Ahmed, the Ibn Khaldun Chair of Islamic Studies at American University, “sharia law, or the word sharia, has, in the context of contemporary culture, become highly controversial and distorted in its understanding.” He goes on to explain how sharia is clearly defined by the Quran, however, the interpretation has differed based on the culture of the society. For instance, within the Quran, women and men are treated as complementary equals, however, the Taliban’s previous interpretation of Sharia law prevented women from having basic civil liberties and autonomy within society (Pitofsky, 2021). Since Sharia law is applied differently in different areas of the globe, there is a lot of room for change and differences in opinion. Certain scholars have interpreted Sharia law to align with the modern world and because there are five different schools of Islamic Law, this allows for varying nuanced interpretations (Perfect, 2019).

It is difficult to predict the future of Afghanistan, however, we now know much more than we did decades ago.
‍

Hawkins, Derek. “The Taliban Is Retaking Afghanistan. Here’s How the Islamist Group Rebuilt and What It Wants.” Washington Post, The Washington Post, 15 Aug. 2021, www.washingtonpost.com/world/2021/08/14/taliban-afghanistan/. Accessed 30 Aug. 2021.