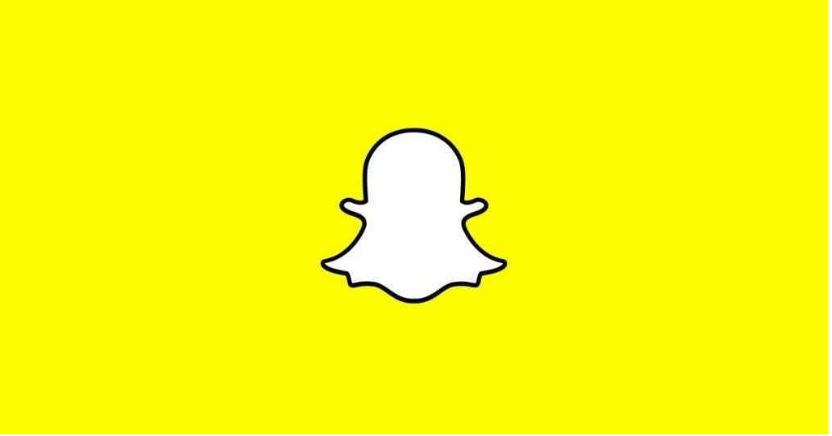 When teenagers get angry, and I mean angry, social media platforms such as Instagram and Snapchat are often safe and fulfilling places to express discontent, rage, sadness, or all three at once, and ensure that your feelings will be heard given that an audience is guaranteed. But who could’ve predicted that one teenage girl’s angry venting would lay the groundwork for what should definitely be considered one of the most important and consequential Supreme Court cases of our generation? I certainly wouldn’t have made such a prediction, but frankly, that doesn’t matter. The Court’s decision to hear such a case was the right one, and the clarifications they could make to existing legal precedent will only serve the nation’s best interests. Mahanoy Area School District v. B.L., the proper title of the case involving the teenage girl, is a case that demands the attention of not only educators and current middle and high school students, but Generation Z as a whole. The Court’s decision later this year could completely redefine how students use social media and the true limitations of the First Amendment in the digital age and, more generally speaking, when students aren’t on school grounds.

Here are the facts of the case: B.L., who was a minor at the time of the incident but now refers to herself by her legal name, Brandi Levy, tried out for the varsity cheerleading squad at her school, Mahanoy Area High School in Mahanoy City, Pennsylvania. She didn’t make the team, and was understandably upset about it. The feeling of being rejected from something knowing the amount of hard work and effort you put in and how dedicated you were truly stings, and I’m sure all of us have experienced it in some form or another. But it’s what B.L. did afterwards that became controversial. She took to express her anger on Snapchat, an app as synonymous with Generation Z as Billie Eilish, and posted a snap of her and her friend holding up two middle fingers along with the caption “fuck school fuck softball fuck cheer fuck everything” to an audience of about 250 people, some of which were classmates and even cheerleaders. Another snap was also posted which criticized a freshman student who made the varsity team while B.L. and her friend were kept on the junior varsity team. While the snaps themselves were deleted shortly after, this did not prevent another cheerleader who saw the snaps from taking screenshots and showing them to her mother, who was one of the cheerleading coaches. Soon, the snaps started circulating amongst the student body, and as more and more people became upset by them, the coaches informed B.L. that she would be suspended from cheerleading because the snap violated the code of conduct B.L. had agreed to. The code of conduct not only prohibited the use of profanity, but also prohibited posting “negative information” about “cheerleading, cheerleaders or coaches” on the Internet. B.L. and her parents appealed the suspension, and eventually, the case worked itself up to the docket of the highest court in the land.

Firstly, this case is not about whether B.L. made a bad decision or not by deciding to vent on Snapchat. In my opinion, while I definitely understand her intention, creating a situation that could land you in serious trouble with your school seems unnecessary and avoidable. But that’s irrelevant: this case is about whether or not what B.L. did after the fact should be constitutionally protected, and whether or not her school violated the free speech clause in the First Amendment of the Constitution by deciding to suspend her from the junior varsity cheerleading squad because she violated the cheerleading squad’s code of conduct (which was approved by the school board but may be unconstitutional in and of itself). This case will provide some much needed clarifications to previous Supreme Court cases involving student speech. One such case is Tinker v. Des Moines Independent Community School District, a landmark 1968 case which declared that the First Amendment rights of students were not stripped from them on public school grounds after the principal of a Des Moines school had suspended several student activists for wearing anti-Vietnam War armbands. The Court stated in that case that it is in the interest of schools to limit speech that “materially and substantially interfere[s] with the requirements of appropriate discipline in the operation of the school,” thus creating the Tinker test, and since the armbands were not viewed as disruptive, the students were allowed to wear them. But Tinker has been clarified in several subsequent cases, including Bethel School District v. Fraser, a 1986 case where the Court declared that schools have the liberty to limit offensive, obscene, and sexually vulgar speech with the intention of teaching socially appropriate behavior, Hazelwood v. Kuhlmeier, a 1987 case where the Court declared that schools could censor articles in the school newspaper that were inconsistent with “[their] basic educational mission,” and Morse v. Frederick, a 2007 case where the Court declared student speech could be limited at school-sanctioned activities and events when it is contrary to the school’s policies or mission.

But what do all of these cases have in common? They have all created precedent in the context of an in-school environment, and if not at school itself, then at an event that is school-sponsored. Mahanoy is the first case the Court has heard that addresses off-campus speech, so what this all comes down to is whether Mahanoy passes or fails the aforementioned Tinker test. And here is my answer: it fails.The cheerleading squad’s code of conduct is so constitutionally limiting to the point where it’s unconstitutional, and the Court must side in favor of B.L. Generally speaking, the precedent established by Tinker regarding the free speech rights of students must apply to off-campus speech, whether it be said digitally or in real life. Was what B.L. did the right thing to do? Definitely not. But posting those snaps from an off-campus environment did not “materially and substantially interfere” with the operations of the school, and they only would’ve violated requirements of appropriate discipline had the caption been said aloud at school. Had that caption been said aloud at school, the school could’ve punished her using the precedent established by Bethel, if it had been said at a school-sponsored event, they could’ve punished her using the precedent established by Morse, or if it had been said in the school newspaper, they could’ve punished her using the precedent established by Hazelwood. But because this incident occurred in an off-campus environment, public schools can use none of these precedents, and students should no longer be punished for exercising their First Amendment rights in off-campus situations even when the school may view the speech itself as objectionable, offensive or vulgar in any way, or in violation of their policies or contrary to their mission. However, it is worth noting that independent and parochial schools, since they do not receive public funding, may set their own policies and guidelines regarding what is acceptable and unacceptable off-campus conduct and may enforce their own consequences for inappropriate off-campus behavior. They are within their bounds to do that, but schools that are publicly funded must guarantee the First Amendment rights of students in off-campus environments without the fear of serious consequences.

But then this begs the question: are there situations when public schools can limit the off-campus speech of students? The answer is certainly. If a student uses social media platforms to incite violence against a fellow student or students, teachers or administrators, or their school itself, then the school, as well as law enforcement agencies, definitely have the right to intervene because a serious safety threat has emerged. In fact, any American citizen, whether they’re a student or not, can be prosecuted and convicted for inciting violence in their speech because the incitement of violence has always been a limitation to the free speech clause of the First Amendment. However, public schools can not punish students for off-campus instances of bullying when no violence is incited, or punish students for instances of hateful, discriminatory speech when no violence is incited. If no violence is incited in off-campus speech, even if the speech itself is awful or hateful in nature, schools can not intervene and punish students because this kind of speech does not “materially and substantially interfere” with the kind of discipline needed to keep a school operating. However, if the bullying or hate speech occurs on-campus, at a school-sponsored activity, or in the school newspaper, schools can use the precedents from Bethel, Morse, and Hazelwood to punish students, respectively, and violence does not need to be incited in these circumstances in order for students to be punished. If an act of violence occurs at school because of off-campus speech, the students involved should be punished for their violent recklessness instead of what may have happened off of school grounds. The bottom line is this: schools have the liberty to limit off-campus speech when a student has incited violence, thus posing a serious safety threat against themself, others, or their school, but in the overwhelming majority of cases, the precedent established by Tinker still applies in an off-campus setting.

If the Supreme Court does not decide Mahanoy in favor of B.L., public schools would have the legal capacity to transform into what are essentially authoritarian dictatorships, where speech is monitored, scrutinized, and censored in every and all situations. Students would face consequences for simply exercising their free speech rights as American citizens because their schools may not agree with what they say, and nothing would be able to stop them. And yes, while there are certain situations where intervention on the part of schools is necessary, how the Court rules in Mahanoy could determine whether the future of students’ constitutional right to free speech looks promising and uplifting, or dystopian and alienating. Mahanoy is a case that once again demands all of our attention, but especially the attention of those who will be most affected: public school students. And in a time when student activism has become more prevalent than ever in American society, the rights the First Amendment grants have been taken for granted by so many people, and other news stories have caused this case to slide more and more under the radar, there is too much at stake for us to simply stop watching. Teenagers: our right to free speech, the very thing that is the cornerstone of our individuality, is on the line.