Why Tim Scott Poses the Greatest Threat to Democrats in 2024 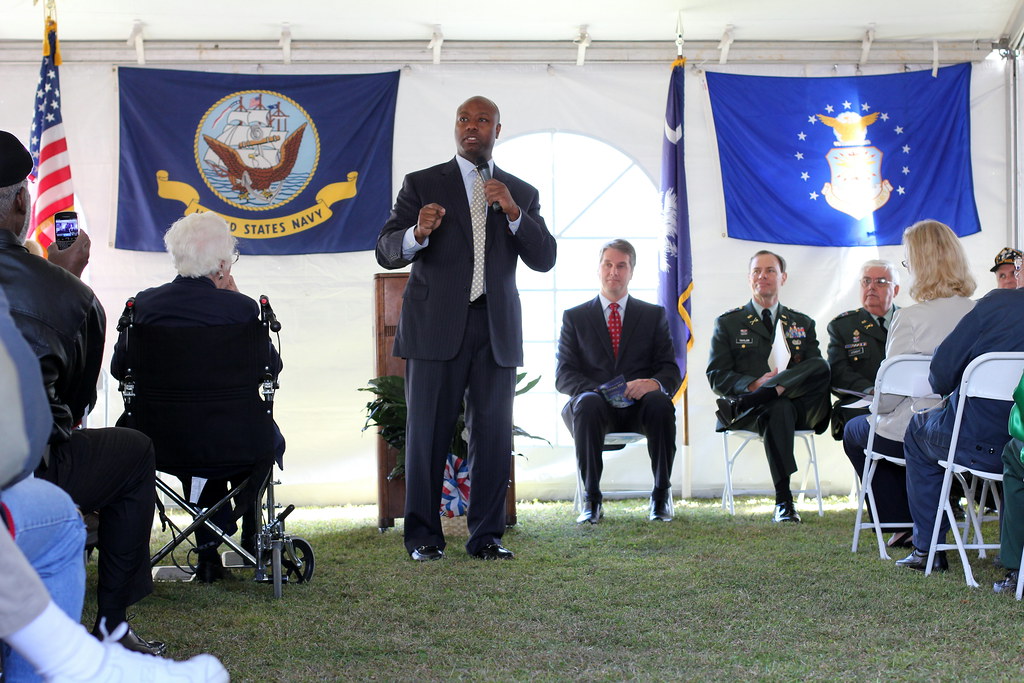 As a Democrat, the recent events unfolding between Liz Cheney and GOP leadership, as well as talk of the party fracturing in two, have made it easy to believe that 2022 and 2024 may be in the Democrats favor. This type of thinking is a grave mistake. Yes, if the GOP split into two separate parties, it may well prove to be a turning point in American politics. A “ partnership” between the Democrats and a more moderate Conservative party that was willing to work with them would most certainly overpower the farther-right, Trump-supporting GOP. However, this is all hypothetical. What isn’t hypothetical is that the Democrats are in danger of losing the House and Senate in 2022, and will face the same challenge in 2024, with both Congress and the White House hanging in the balance. Their performance in 2020 shows that while Democrats did win the White House by over seven million votes, they just barely won enough seats to control the Senate and even lost seats in the House (Chinni 2020). 2022 and 2024, with the risk of redistricting and gerrymandering after the 2020 census, will by no means be easy.

While Former President Trump has faded into the background of mainstream politics, the risk of a Trump 2024 campaign seems less and less real; however, the much bigger threat to Democrats in 2024 comes from South Carolina Senator Tim Scott.

Senator Scott is eloquent, religious, charismatic, and personable. He has the perfect “pull yourself up by your bootstraps” success story that Republicans love to tout as evidence of the prosperity their policies can bring to struggling Americans. He is friendly and speaks with conviction and a belief that his policies are what America needs. While his personality and character are at odds with Trump’s, his policies are not. In his career, he voted in line with Trump’s policies 90.6% of the time (FiveThirtyEight). He maintains the same ultra-conservative policies of Trump without the explosive, unhinged behavior of the former president. For moderate and conservative Americans who voted for Biden in 2020 because of Trump’s behavior in office, not because of his actual policies, Scott is the perfect solution.

Unlike other Republicans, Scott did not object to the election results in Pennsylvania and Arizona, which is a red mark against many GOP members. He supported the National Defense Authorization Act — siding with Democrats rather than the former President (FiveThirtyEight), and he introduced the JUSTICE Act on police reform after the murder of George Floyd — which the Democrats filibustered (Scott 2021).

The JUSTICE Act, and the Democrats’ initial response to it, give Scott a strong talking point against the Democrats in 2024. For a party that puts civil rights at the forefront of its campaigns, the Democrats’ filibuster of the JUSTICE Act gives evidence to Scott’s repeated claim that they “ want the issue more than they [want] a solution” (Scott 2021). As Scott has been the lead GOP negotiator on police reform, it has become clear that much of the JUSTICE Act was policy that Democrats should have supported. The bill would have ended the use of chokeholds, prioritized de-escalation of force and duty to intervene training, and required full reporting to the FBI of incidents where force was used and/or where an officer’s weapon was discharged — currently only 40% of such incidents are reported (Scott 2020). It also would have made lynching a federal crime, and ensure that police departments had full access to a candidate’s prior disciplinary records (Scott 2020). Whether or not the JUSTICE Act would have gone far enough to combat police violence is a separate debate, but there is no denying that Democrats should have supported many of the policies in the bill and could have at least tried to negotiate the portions they disagreed with, rather than blocking debate entirely.

When Congress and Trump passed the Tax Cuts and Jobs Act in 2017, Senator Scott and Senator Booker (D-New Jersey) co-sponsored the Opportunity Zones addition to the bill. This addition created “zones” where investors with unrealized capital gains could sell existing investments and re-invest in ventures in high-poverty areas in order to bring jobs and economic growth to those areas while receiving a tax benefit themselves (Herman and Strouse 2019). And the day after he delivered his response to President Biden’s Joint Address, he went back to negotiating a police reform bill with the Democratic Party (Wu, Ferris, Barron-Lopez 2021). He has pointed out the double standards of Democrats' attitude towards the filibuster, and he makes pointed criticisms of the Democratic Party in a much more eloquent and calm manner than Democrats have been used to after the last four years. The bottom line: When Scott claims that he wants bipartisanship, he has a record to back it up.

Aside from his record, Scott’s personal story is another possible selling point for many voters. As he says, his grandfather saw his family go from “cotton to Congress in one lifetime” (Scott 2021). He was raised in poverty by a single mother in North Charleston, and nearly failed out of school. His story is both inspiring and an example of the Republican mantra of “hand-ups not hand-outs”.

If Scott runs in 2024, he will most likely continue to accuse Democrats of worsening partisanship and defying “common sense”. Unlike many other Republicans, he will have a record of pushing for bipartisan legislation to back his claims. Scott is a skilled politician with an amicable and optimistic personality; he calls out Democrats — whether he is right or wrong in his claims is a separate issue — while painting himself as someone who wants to and can unite America. If Democrats want to maintain control of  the White House in 2024, not only will they have to run a candidate who can match Scott’s personable yet righteous disposition, but they will also have to make sure they don’t give him anything else to fuel his accusations of partisanship. Blocking the JUSTICE Act was a mistake, and after four years of Trump, the Democrats seem to have forgotten that their opponents can come up with reality-based arguments of their shortcomings. Democrats are used to Trump’s attacks on “crooked Hillary” or “sleepy Joe”, and they don’t seem to be ready to face someone like Scott whose accusations of hypocrisy and virtue-signaling have actual evidence to back them up.