Will We See a President Newsom? 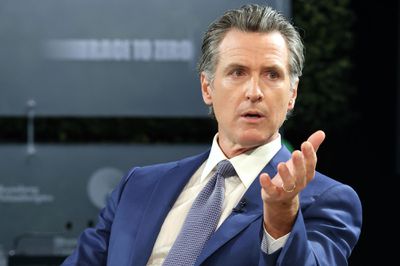 California Governor Gavin Newsom, who’s currently running for reelection in his own state, might be running for higher office quite soon. On June 28th, Governor Newsom’s reelection campaign purchased roughly 105,000 dollars worth of Cable TV advertisements that have run on Fox News in Florida since July 4th of this year. While the actual content of the ads is not promoting a future run, the act of purchasing ads in a swing state on the other side of the country naturally led to further speculation that Newsom may run for higher office in the near future, despite repeatedly saying that his focus remains on California.

In a scenario where Gavin Newsom was to run for President, what would be his chances of getting the nomination? More importantly, what is the probability that we ever see a President Gavin Newsom?

To start, let’s analyze the chances that Newsom can win the Democratic nomination. If Joe Biden were to not seek reelection in 2024, Kamala Harris would certainly run. After Biden, Harris is the second most famous Democrat in the country. Along with that, Harris has already demonstrated that she has presidential ambitions herself, having run for president in 2020. As such, if Gavin Newsom were to run against Harris, he would have an extremely tough time edging her out for the nomination. However, one ace Newsom has up his sleeve is his political track record. Newsom has completely changed California as a state, signing legislation that pays reparations to descendants of slaves, creating some of the strictest gun regulations in the country, drastically increasing the corporate tax rate, and most recently proposing a constitutional amendment protecting the right to an abortion in California. Meanwhile, Harris cannot gloat as much as Newsom, as her experience in office never yielded as hard-hitting results that induced wide-sweeping changes.

On the other hand, if Harris were to gain the Democratic nomination for president, could she pick Newsom as her Vice Presidential candidate? Well no, she cannot. This is because of Article II of the U.S. Constitution, which stipulates that the president and vice president must come from two different states. With both Newsom and Harris hailing from California, one of them would have to change their voter registration extremely quickly if they desire to be on the same ticket.

Moving past the Democratic Primary Process, let’s look at what the election would look like if Newsom actually won the Democratic nomination for president. It would be assumed that his general election platform would be centered around Newsom pitching himself not as a compromise for Democrats but as the full package, someone building a green, progressive, diverse, and rich future — a future that Democrats desperately want for the whole country. Aside from that, Newsom has a charismatic quality, which is hard to describe to conservatives who are genuinely repulsed by him, yet that generates a response from important blocs of voters. For example, while it seems like Latino voters around the country are beginning to shift toward Republicans, they are becoming more attracted to Newsom in California. One study showed that Biden won the state’s Latino voters by a three-to-one margin in 2020. However, in the 2021 California recall election, Newsom won L.A.’s Latino voters by a margin near to four-to-one.

While Newsom can certainly court support from his own party, he might not be able to gain the required amount of support from his opposition in order to win the White House. Ever since he took office as governor of California in 2019, he has been subject to a hefty amount of smearing from Republicans, portraying him as a far-left socialist hellbent on destroying American values. Along with that, his record is not squeaky clean either, having faced a recall election as well as suffering negatively publicly after breaking his own lockdown rules, which Republicans would certainly play up if he were the Democratic nominee.

To conclude, Newsom is a titan in American politics, but his chance of going from the governor’s mansion in California to the president’s mansion in DC is quite low. Not only will he have a hard time winning the support of his own party in the primary election against substantially more famous politicians, but he will also find it difficult to prevail in the general election due to conservative sentiment.