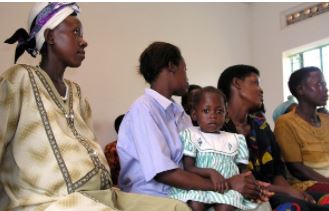 The lack of resources for reproductive health hurts the futures of women worldwide, especially those in developing countries who face prominent gender discrimination and gender-based violence. For many women, periods mean a monthly cycle of hormonal changes, discomfort, and physical pain. But for a girl in a developing country, menstruation has the potential to put an end to hereducation before she has even entered adolescence. It is estimated that one in ten girls in Sub-Saharan Africa miss up to one fifth of the school year because of their periods. Others drop out of school altogether, raising the question: What type of support, if any, is available to young girls and women in general?

The lack of proper sanitation in public facilities is a driving force behind why girls leave school. Over half of schools in low-income countries do not have clean toilets. Facilities lack water and adequate privacy between boys and girls. In Western and Central Africa, less than 50% of schools have clean water. Because clean water is a nationwide issue, women and young girls spend a substantial amount of time collecting and retrieving water, at school and at home. As a result, less time can be allocated to school and other activities.

In most countries, sexual and reproductive health education is nonexistent or inadequate. Many teachers are unwilling to teach the content or cut lesson material due to time constraints. These women are not taught how to handle changes in their body or offered support when those changes arrive. Before real change can be implemented, people must first be willing to confront an issue. The stigma around menstruation prevents an important conversation around women’s health from happening. The discomfort discourages girls from asking for help when they need it. Instead, they sacrifice their education in order to accommodate bodily changes.

On a larger scale, lacking an adequate education, for whatever reason, harms women’s futures. From an early age, women are put in a position where they are unable to control their futures and in turn, their own health. Girls with no education are three times more likely to marry before the age of 18 than girls who attend secondary school or higher. 40% of girls in sub-Saharan African marry before the age of 18, which in turn leads to the fact that “The African continent has one of the world’s highest rates of adolescent pregnancy, but many governments insist on tackling this social and public health challenge by punishing girls and jeopardizing their future,” says Elin Martinex of the Human Rights Watch. Sub-Saharan Africa has the highest rate of child marriages, with 76% of girls in Niger being married before 18. By the time they reach puberty, women in South Africa’s ease of access to important services, such as healthcare, decreases by one third. Consequently, men’s ease of access doubles. Early marriage creates a cycle of dependency for thousands of girls, stripping away their autonomy and forcing women to depend on their husbands for access to care and other resources. Instead of being educated on how to take care of themselves and their bodies, they are forced out of school and into a life where they are unable to make choices surrounding their own reproductive health.

One can argue that marriage is being inaccurately painted as a negative way of life and that there are girls who choose it and are satisfied with their future. However the issue at hand is that there are also girls who marry because they had no other way of supporting themselves. Others were coerced. Once girls are without an education, the need to depend on others greatly increases as accessibility to important resources decreases. With schools who expel students for being pregnant, no support services, and little reproductive education, it is easy to turn to marriage as a source of stability, even if it has adverse effects on their future.

Women feel the effects of inequality throughout their whole lives. The lack of early intervention results in disparities in literacy, education, and jobs. Women make up only 47% of the job market, as opposed to the 79% men account for. The financing gap between men and women comes to a whopping $42 billion USD. Throughout their adult life, women still find themselves out of control financially and unable to easily invest in their own education and health. While a woman who drops out may not be destined to fall behind in other areas of life, the disparity shows how vital an education is, and how the protection of women’s health will help keep girls in school.

Going forward, implementing reproductive and sexual education into schools is a vital element to prevention. If young girls are able to gain an understanding of their own body, they will be better equipped to handle future changes. Introducing reproductive and sexual health into the conversation will reduce the stigma surrounding women’s health. Girls should feel comfortable asking for help and connecting with each other through shared experiences. Whether it be asking a friend for a pad or tampon or speaking up about physical pain, girls should be able to voice concerns before they become serious health issues. Writing policy to improve hygiene and sanitation in public facilities will improve the health of the general population and create a clean, private space for women to change. Increasing accessibility to feminine products and providing them at little to no cost will enable women to continue their education and build a better future for themselves. As an experience unique to women, menstruation is a clear example of how little support is present for women in terms of their reproductive health. However, it can have an effect on a woman’s entire future, and the lack of support is only one of many systemic causes behind the gap in literacy, education, income, and overall economic success between men and women in developing countries. Despite how reproductive health and economic success may seem to be differing topics, they are immensely intertwined. As we move forward, we must consider the root causes of disparities and the small steps we can take to create a positive impact overall, because building a society that supports and uplifts the women who are part of it is imperative to creating better quality lives and futures for everyone.