Youth in Politics: Why it’s Important and Why You Should Get Involved 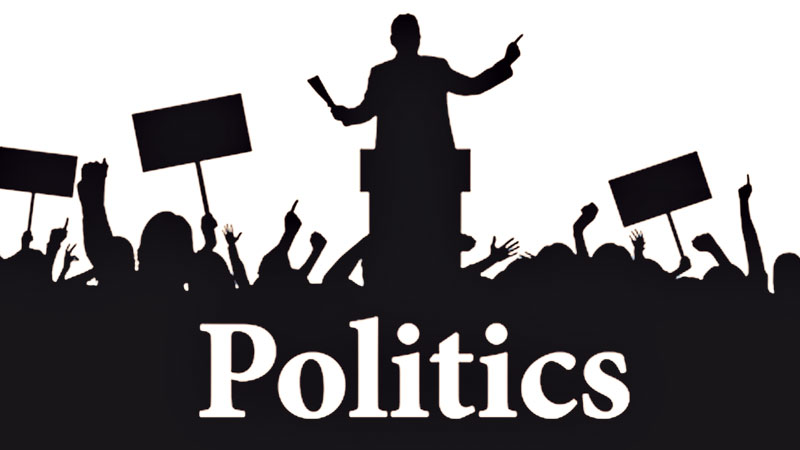 The contemporary political climate in America holds immense tension, yielded by Donald Trump and Joe Biden. Common discussion in the day-to-day lives of citizens includes Black Lives Matter, climate change, racism, and a multitude of other deep-rooted issues. Despite the current relevance of these topics, each issue is rooted within the foundations of American government- an aspect we are all affected by.

We may not be physically present at protests nor directly affected by a new bill, but each decision within politics acts as the first part of a chain reaction. Each decision trickles down into daily life- perhaps in the taxes of your school that changes procedures; your favorite restaurant that closes earlier; and numerous other lifestyle changes.

Given the current polarity of American politics, these issues and decisions are often overlooked by teenagers. The threat of being deemed ignorant or unintelligent by peers weighs heavily on us all, with the notion that our voices are irrelevant. This could not be further from the truth, in the most literal sense. In some states, you can pre-register to vote at 16 years old. This ability was studied by Anthony Fowler at the University of Chicago, who found that allowing future voters to pre-register increases both registration and turnout by 2.1 percentage points. Waiting to care for politics until you turn 18 means a lack of understanding, a lack of knowledge, and subsequently a lack of ability to make political choices that are important to you.

By informing yourself early on, you can be better prepared to vote for candidates who have the same priorities as you, whether that be climate change, gun control, or abortion, etc. You can encourage others around you to do the same. Use your voice by casting your vote.

An article by Lexi Anderson of Pratt Institute encompasses this notion quite well. Understanding politics is, “a definitive way to navigate your own moral and ideological compass.” Informing yourself can only act to your benefit.

This year, the national turnout for young voters was estimated to be 52-55%. This is compared to the 2016 presidential election, where there was a 42-44% estimate.

So in 2016, less than half of citizens ages 18 to 29 voted in 2016’s presidential election. That’s compared to 71% of those 65+. How sad is it that the very generation whose future will be affected by those being elected into office, isn’t even voting? We are letting a generation that won’t have to deal with the effects of their actions make decisions that will affect our generation’s futures.

Many times, young people complain about how policies don’t represent what they want. Is that really a surprise? Not only do young people have a lower voter turnout and lower political participation, but the average age of House Members at the beginning of the 116th Congress was 57.6years, and that number increases to 62.9 years for Senators.

You can’t expect older politicians to be able to address and fulfill all young people’s needs. But by participating in politics at a young age, you have the opportunity to make a change.

One of the most important things young voters should know before getting involved in politics is that your voice matters. Even if you can’t vote, there are many things you can do. These include signing petitions, registering others to vote, and contacting those representing you. Start a political club in your community, help inform others, or help a local campaign. The possibilities are endless.

I had the amazing opportunity to talk to former presidential candidate Andrew Yang about his thoughts a few weeks ago on a Zoom call Q&A session with some other young people interested in politics.

My question: “How can we encourage more young people to get interested in politics or at least be willing to learn?”

Yang: “That’s a great point and this is something I’m passionate about. That’s one of the reasons I got a Tiktok.” (You can follow Andrew Yang on Tiktok @officialandrewyang).

“We have to make politics interesting for young people because if you’re 15, 16, and I just talk to you about something future-oriented and boring then it’s like, ‘well that sucks.’ So I think we should meet people where they are honest. You have to try and make politics fun and alive. And our politicians are bad at that. So I don’t blame young people. I blame our politicians, frankly.”

“One, everyone registers, because you’re in high school, and, you know, it’s pretty easy to find you. You’re all in the same place. The younger you are the first time you vote, the more likely you are to vote the entire time. Policies would skew towards young people more because right now old people vote and young people less so. You can pay taxes starting at 16 so why can you not know where your taxes go. You can start driving at 16 so how can you be trusted with a car and not a vote? So there are all these great reasons to lower the voting age to 16.”

“In the meantime, I would try to get people interested by saying, ‘look, there’s something that’s going to be very pressing for you eventually so might as well get started on it.’ The other thing I say is you might not be able to vote, but you can bug a voter. You can get one person to vote and then it’s like you voted!”

Andrew Yang brought up several great points in his response, all of which I agree with. Politics, a lot of the time, can seem uninteresting to our generation. With the rise of social media, many politicians have used platforms like Instagram and Tiktok to engage with young voters.

Some of these include Congresswoman Alexandria Ocasio Cortez on Instagram, with 8.2 million followers. Jon Ossoff, candidate for the US Senate has recently been using Tiktok to win over young voters down in Georgia, and get them to vote in the runoff election on January 5th.

With an abundance of politics-oriented social media accounts and the flow of information so readily available through social media, it is extremely easy for youth to inform themselves. If you want to learn about a particular issue but don’t want to read an entire lengthy article, there are various videos online that break each issue down.

There isn’t just one way to get involved in politics, there are so many different ways to acquire information and get involved. Our democracy was created to give the people what they want. For our government to best reflect the needs and wants of citizens, it is up to us to get involved and make a change. Young people hold valuable information and the knowledge to make the changes that previous generations have not.