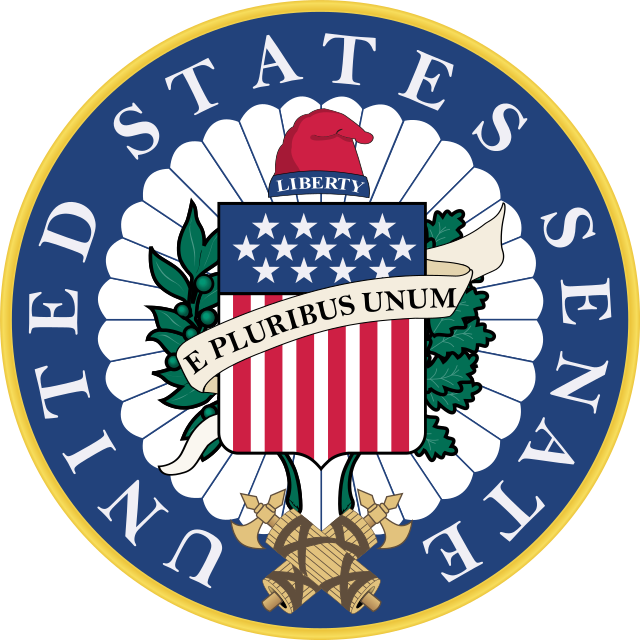 Abolish the Senate (and Expand the House)

Unicameralism is the practice of having a single legislative body, as opposed to bicameralism which, as its name suggests, is the practice of having two legislative bodies. The United States, for the most part, practices bicameralism at the federal and state level (the only state without a bicameral legislature is Nebraska). Generally, bicameral legislatures have one lower house and one upper house. In the United States, the upper house is the Senate, which has equal representation (two representatives) from each of the fifty states; the lower house is the House of Representatives, and each state is allotted a number of representatives based on its population (determined decennially by the Census). The US Senate is notorious for its selective and incoherent obstructionism, often serving partisan goals. A notable recent example was the rushed confirmation of Justice Amy Coney Barrett following the death of Ruth Bader Ginsberg in October 2020. The confirmation was pushed through by then-Senate Majority Leader Mitch McConnell (R-KY), who had previously blocked the nomination of Judge Merrick Garland by Former President Obama to fill the vacancy left by Antonin Scalia’s death in 2016. His reasoning then (which was proven to be inconsistent in 2020): a Supreme Court nominee should not be appointed in an election year.

Impeachment proceedings have become partisan spectacles, consisting of a trial just for show followed by a vote along party lines. Popular bipartisan legislation has found itself in gridlock in the Senate, bogged down once again by partisan tomfoolery disguised as bureaucracy. This "excessive bureaucratic rigmarole" is known as “red-tape syndrome”, which manifests in the Senate as an excessive adherence to procedure (coupled by a partisan desire to kill legislation) which hinders the legislative process. While unicameralism in the United States may be a politically unfeasible goal, abolishing the senate (and simultaneously expanding the house) would allow for the swift passage of legislation that serves the interests of the majority of the people.

The majority. The group that, in theory, should have the largest influence on legislation. H.R. 1, or the For the People Act, passed in the House of Representatives in a partisan vote on March 3, 2021. The bill contained sweeping provisions to protect access to the ballot, implement campaign finance restrictions, and put an end to partisan gerrymandering. It was received in the Senate a little over a week after its passage in the House and was filibustered by Senate Republicans, causing it to fail a procedural vote to open debate in June. The way the vote unfolded in Congress (with unanimous opposition from Republicans) is not at all reflective of the support for the bill among constituents. 67% of Americans, including 56% of Republican voters, 77% of Democratic voters, and 68% of Independent voters support H.R.1, according to Data for Progress. The bicameral structure of Congress, crafted with the intention of preventing abuses of power by any one house, inadvertently led to a popular piece of legislation being shot down (and an abuse of power on the part of Senate republicans, who used bureaucratic practice to advance partisan goals). The issue is not isolated just to H.R.1, nor is it a problem with the filibuster alone. While the filibuster is undemocratic, we see instances of selective obstructionism (almost exclusively in the Senate) even when the filibuster is not in play, as in the case of Supreme Court nominations.

Ultimately, to evaluate whether the Senate has stood the test of time, we must look to the Framers' motivations for creating a bicameral legislature. The Framers viewed bicameralism as an extension of Thomas Locke’s “separation of powers” doctrine (Locke’s political philosophy greatly influenced the development of the US Constitution). The specific nature of the two chambers—one being based on population, the other having equal representation from all states—arose out of a need to balance the interests of the small states and the large states at the Constitutional Convention. This so-called “Great Compromise” created the governmental structure we are used to today and, aside from the hyperpartisanship, it is functioning as the Founders intended. Under this structure, “an individual voter in Wyoming wields about 73 times more power in the Senate than an individual voter in California.” (ThoughtCo) Protecting the minority by ignoring the will of the majority is per se antithetical to the tenets of democratic practice; as in most cases at the time of the Founding, the Framers were acting out of self-interest.

Unfortunately, unicameralism is unfeasible in today’s political climate at the federal level, but there is work to be done at the state level. Nebraska is currently the only state to have a unicameral legislature, but there have been failed ballot initiatives to adopt unicameralism in other states, including a petition drive in Michigan. But do not stop at reconsidering just one aspect of governmental structure; constitutional originalism is counterproductive, and the Framers were motivated by self-preservation and white supremacy to write the Constitution as they did. The archaic foundations of the Framers’ decisions warrant at least the consideration of a constitutional overhaul and modernization to better fit the needs of an increasingly diverse American populace.