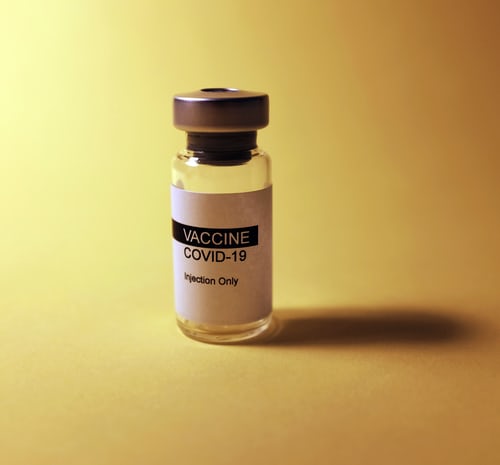 Earlier this month, President Joe Biden announced a “National Month of Action” and outlined additional steps his administration is taking to ensure 70% of adults ages 18 and older are vaccinated with at least one shot by the symbolic Fourth of July holiday. Earlier this month, the president described the effort as an “all-American sprint” to reach a “summer of freedom.” As of June 22, 65.4% of adults received at least one shot. For the U.S. to reach the 70% goal by July 4, approximately 11.8 million more adults need to be vaccinated with their first dose, and about 990,000 adults would need to get vaccinated each day. At the current rate with only 392,000 newly vaccinated adults per day over the past week, the U.S. would hit around 67.2% of adults partially vaccinated — 7.1 million shots short of the 70% goal by July 4. “We’re getting closer, but we still have work to do,” the President said.

To encourage the public to get vaccinated, state and local governments and private corporations are getting creative with incentives. Ohio led the way by announcing its “Vax-a-Million Program,” offering five full-ride scholarships to any in-state college or university and the chance to win $1 million lottery prizes. “I know that some may say, ‘DeWine, you’re crazy! This million-dollar-drawing idea of yours is a waste of money,’” Gov. Mike DeWine said via Twitter. “But truly, the real waste at this point in the pandemic - when the vaccine is readily available to anyone who wants it - is a life lost to COVID-19.”  Similarly, California instituted a “Vax for the Win Program,” awarding a total of $116.5 million in prizes to residents who have gotten at least one dose. New York City mayor Bill de Blasio announced that tickets to a plethora of the city’s top destinations will be made available at a discount or for free to New Yorkers who have received the shot. In Alabama, residents who attended a drive-up clinic at the Talladega Superspeedway on May 15 got to take two laps around the famed racetrack in their own car. Washington State instituted a promotion called “Joints for Jabs,” which will allow adults 21 and older to claim a free marijuana joint once they receive their shot. And perhaps most controversially, West Virginia’s Gov. Jim Justice announced that five hunting rifles and five hunting shotguns will be given away in a new lottery to vaccinated residents. Other prizes include two brand-new custom trucks, plus five lifetime hunting and fishing licenses. As for private corporations, Krispy Kreme was one of the first businesses to roll out a nationwide Covid-19 vaccine incentive in March, offering a free glazed doughnut to any adult who presents a vaccination card. The company said it has given away more than 1.5 million doughnuts. “We were the first national brand to launch a campaign to show support for Americans choosing to get vaccinated, and we were hopeful that others would join us,” said Dave Skena, chief marketing officer at Krispy Kreme. In June, Anheuser-Busch announced it was the latest company to partner with the Biden administration, offering Americans a free beer for a full week after the country reaches the 70% threshold. Baseball teams like the Milwaukee Brewers and the Cincinnati Reds began offering free or discounted tickets to fans who have been vaccinated. Other companies including American Airlines and Publix are offering cash or extra days off from work to employees who get vaccinated.

This begs the question: just how effective have these incentives been?

A handful of states have reported that vaccine incentive programs have increased local vaccination numbers in some demographics. For example, Ohio Department of Health data indicates that vaccinations in those ages 16 and older increased by 28% for the same age group from May 14 to 17, the weekend following the announcement of the Vax-a-Million drawings. But according to Nichole Lighthall, an Assistant Professor of Psychology at the University of Central Florida, “The principles state that [incentives] should have some efficacy, but they also state that the most efficacious incentives are going to be ones where people get a guaranteed reward. And that’s what my money is on.” A soon-to-be published study by the University of California, Los Angeles Covid-19 Health and Politics Project tested the effectiveness of various governmental incentives. Researchers sampled tens of thousands of unvaccinated citizens who had not yet scheduled an appointment about their willingness to do so under varying circumstances. In one experiment, participants were asked how likely they would be to get vaccinated if they received a cash reward, with amounts ranging from $25 to $100. In another experiment, participants were told they would no longer have to wear a mask or social distance after being vaccinated. Approximately one-third of the participants asked about a cash reward indicated that they would be more likely to get vaccinated if they received it, and their willingness increased with the amount of money being offered. The prospect of alleviating behavioral restrictions also increased people’s willingness to be vaccinated. Notably, participants who self-identified as Democrats were more likely to respond positively to cash incentives, whereas their Republican counterparts were more likely to be swayed by the relaxing of social regulations. “People are motivated by different things. One incentive isn’t going to work for everyone,” Karen Sepucha, one of the researchers and an associate professor in Medicine at Harvard Medical School said.

A recent poll conducted by Morning Consult that assessed the effectiveness of corporate incentives appears to substantiate some of the findings in the UCLA study. Responses gathered among 1,590 unvaccinated adults found that men are more inclined than women to be swayed by these incentives. Among generational demographics, unvaccinated millennials are the most likely to say rewards from brands would encourage them to get vaccinated. Regardless of political affiliation, the study found that 58% of Americans think the practice of brands rewarding consumers for receiving the COVID-19 vaccine is a good way to encourage people to get vaccinated. Similarly, the poll found that Democrats, more so than Republicans, said they were more likely to get vaccinated if they could get free goods or services, indicating the incentives from private entities might not be as effective in galvanizing those least willing to get vaccinated. “When people think about vaccines and the incentives behind them, one of the basic psychological principles is that when you think about vaccine side effects or things like that, even if the chances are quite remote, that risk is something that we’re very keyed into,” said Lighthall. “People are going into the vaccine scenario with fears and concerns, and so giving them a really clear, sure positive in that experience can, I think, be very beneficial.”

Evidently, incentives alone are not enough to motivate those on the fence, but they can be effective when used in tandem with other approaches: educating the public on vaccine efficacy and the science behind it, making the experience comfortable, and emphasizing its ability to protect citizens and those around them. According to Tyler Neal, an employee at Gigglewaters, a social club in Safety Harbor, Florida that offered vaccinated employees $50 gift cards, said “The biggest incentive I think people are not realizing is that you could save a life. You could save somebody else. The cash and everything [are] great for me, but I feel like the biggest incentive is the one that doesn’t even have to be given.”