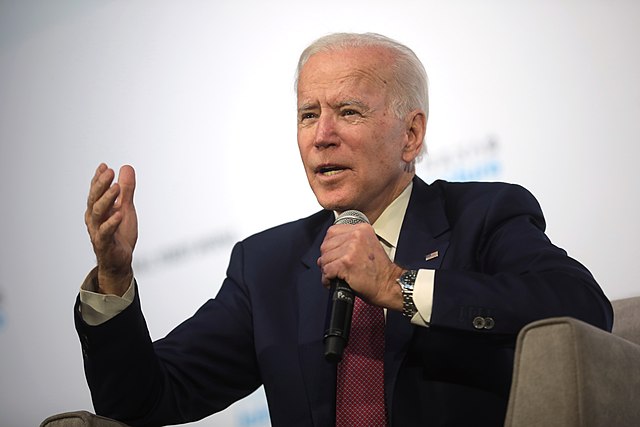 Voting rights was once a political insider issue. Today, however, it is captivating the attention of mainstream America. Activists are sounding the alarm in response to over three hundred and sixty-one Republican-sponsored voter suppression bills that have been introduced in state legislatures across the country. Voting rights have been a contentious and polarizing issue in America since its founding. It is a fact of American history that white men have done everything in their power to ensure they are the dominant voter block in the United States as a primary means of wielding and retaining power. This thirst for power is not going to change anytime soon, but our response to it must change.

The bills that Republican lawmakers are presenting in state legislatures nationwide are baseless, as betrayed by the fact that there are only 13 found — not indicted — cases of voter fraud in 2021. Many Republican attacks focus on voting by mail and absentee voting due to their supposed lack of security. However, even this claim is factless, as there have been only 3 cases of Fraudulent Use Of Absentee Ballots found in 2021 thus far. You might be asking yourself, why would they do this without any substantial facts backing up these vote security claims? Frankly, it comes down to the idea that white men are slowly becoming the minority in this country. This demographic reality is forcing the Republican Party of white men to seek ways to perpetually rule as the minority party, with voter suppression being used as the primary weapon in their toolbox given its effectiveness throughout American history.

Republicans are not only attempting to suppress voters with sham voter security laws, they are also attempting to pass laws that would empower Republican state legislatures to overturn otherwise valid election results. You would at least think the standard of proof would have to be high for state legislatures to be able to do this. However, in Texas, this is not the case. The Legislature wanted to give itself the power to investigate and overturn an election based solely on the accusation of voter fraud, only needing to find  “enough ballots [that] were illegally cast that could have made a difference” in the election. This amendment was taken off the table when Democrats walked out of the House and flew to DC, but do not be surprised to see Republican lawmakers try to work it back in during a later draft in the upcoming special session that Governor Greg Abbott called for on August 7th.

These laws disproportionately affect voters of color, voters of low income, and disabled voters who are not getting an equal opportunity compared to those with privilege, who are often white. The closure of drive-through voting locations and restrictions of vote by mail predominantly hurt people of color and low-income voters, while signature matching requirements hurt disabled voters. This is an issue that could potentially affect hundreds of thousands — if not millions — of voters in the coming election cycles. The logistical issues facing voters are not going anywhere. The Republican party either refuses to accept that these issues are a reality for thousands of voters — including their constituents — or they know these are serious voting hurdles — unveiling their true intentions.

Just as everyday Americans are now arguing over how to address this issue of voting rights, so has the United States House of Representatives and Senate. However, their lack of action to date is due to pushback on removing the historically racist filibuster in the Senate, which allows the minority party to block popular legislation with little political accountability. Over 63% of eligible voters supported the For the People Act, whereas only 16% of voters opposed it. A poll conducted by Data For Progress, End Citizens United, and other progressive groups even found that “51% of U.S. voters—including 74% of Democrats, 42% of independents, and 30% of Republicans—would be more likely to support Biden if he can convince the Senate to pass the For the People Act”. The passage of the act is a potentially huge win for democrats who only have a slim majority in the House and the US Senate. So, why hasn’t this bill been written into law yet? Because the minority party in the US Senate — Republicans — are using the filibuster power in the Senate to block debate. Despite the bill being essentially dead for this reason, the Democratic Caucus and President Biden have announced this is not the end of the voting rights fight, but little follow-up action has been taken to get the legislation passed. This is a huge failure for the Democratic majority in the Senate, and President Biden. It is long past time for them to step up and take action.

I would argue that most of the weight of saving America’s voting rights falls on President Biden’s shoulders. His long Senate history and his connections in the Senate imbued him with the unique experience and skillset to gain the support of reluctant Senators, such as Democratic holdouts Sinema and Manchin, for a voting rights bill. President Biden’s lack of public pressure on the two Senators is frustrating to many as his support could influence their reelection chances. Senators must be forced to publicly choose between preserving Senate power customs, like the filibuster, and the very essence of American democracy. Although those seats are crucial to maintaining the Democratic Party’s majority in the Senate, without the passage of a sweeping voter expansion bill, there may never again be a Democratic Party majority in Washington, DC. Therefore, Biden must find a way to ‘carrot and stick’ these Senators to disband the filibuster and pass voting rights legislation that will ensure the voting rights of all Americans.

On July 31st, I had the opportunity to join the Poor People’s Campaign March on the Texas Capital calling for the passage of all measures of the For the People Act, and the abolishment of the filibuster. Following the completion of the March and Rally, I asked speaker and former President Candidate Beto O’Rourke why it is important for young voters to get involved in an issue as complex as voting rights. He noted, “It’s really important for young people to lead on this issue of voting rights and protecting our democracy because it’s the only way we will get something like The For the People Act passed and it’s the only way we are going to get federal voting rights enacted.” He further added that it’s “the only way it’s been done as it was young people like John Lewis then and young people like John Lewis now that are getting that work done” to protect voting rights. Speaker and Former HUD Secretary and Presidential Candidate Julian Castro went on to add “what this voter suppression legislation does is disillusions young people, making it less likely they participate and see the system as rigged.” He continued, saying, “my hope is that Congress and the White House will listen to the voices of young people who are calling on them to protect ballot access for their future.” Therefore, it is up to us, the American people, to both pressure and empower President Biden and Congress to pass a voting rights bill that protects our democracy.

Beto O’Rourke and Lucy Banes Johnson marching before The Poor Peoples Campaign: A National Call for Moral Revival on the steps of the Texas State Capitol March on July 31, 2021, in Austin, Texas.

Julian Castro speaks during The Poor Peoples Campaign: A National Call for Moral Revival on the steps of the Texas State Capitol on July 31, 2021, in Austin, Texas.


Young voters are not only the future of our country, but a core voting block in the Democratic Party coalition. If we were to begin to speak up en masse on this issue — especially to President Biden, Joe Manchin, and Kristen Sinema —we could be the catalyst to get this legislation passed. Therefore, I urge you to call your Senators and tell them to vote yes on the John Lewis Voting Rights Act and on For the People Act, and then also call Senators Joe Manchin and Kristen Sinema and tell them your story on why voting rights are important to you. I also implore you to call the White House switchboard at 202-456-1414 to remind President Biden and his executive staff that federal voting rights legislation is a top priority for youth voters. Finally, a national march is happening in Washington DC on August 18th, but rallies to protect voting rights are happening all across the country, so find one near you today. History is both in the making and watching us. We are at a critical crossroads in our democracy, and in order to save it, we the people must stand up and fight for it. 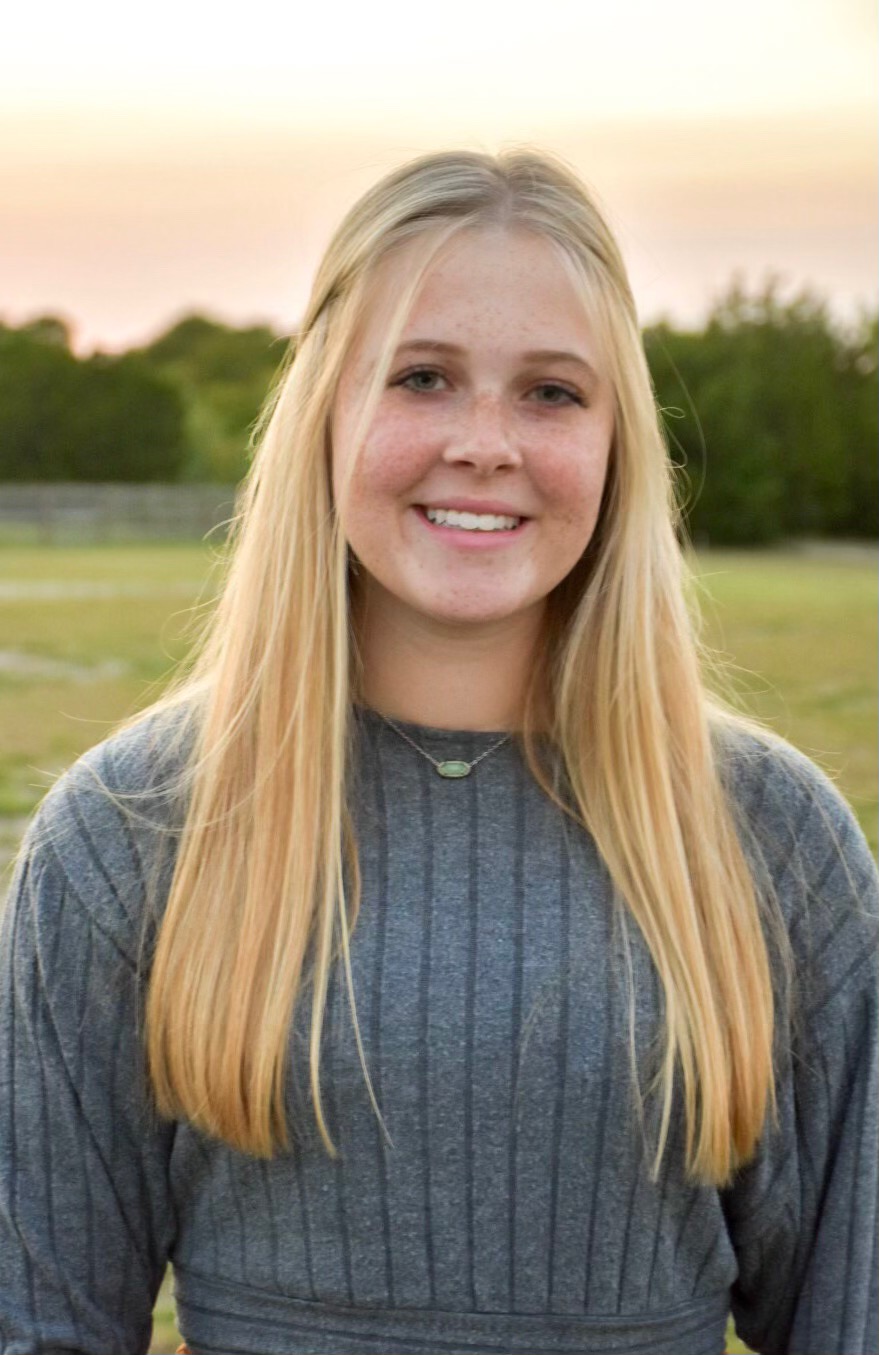