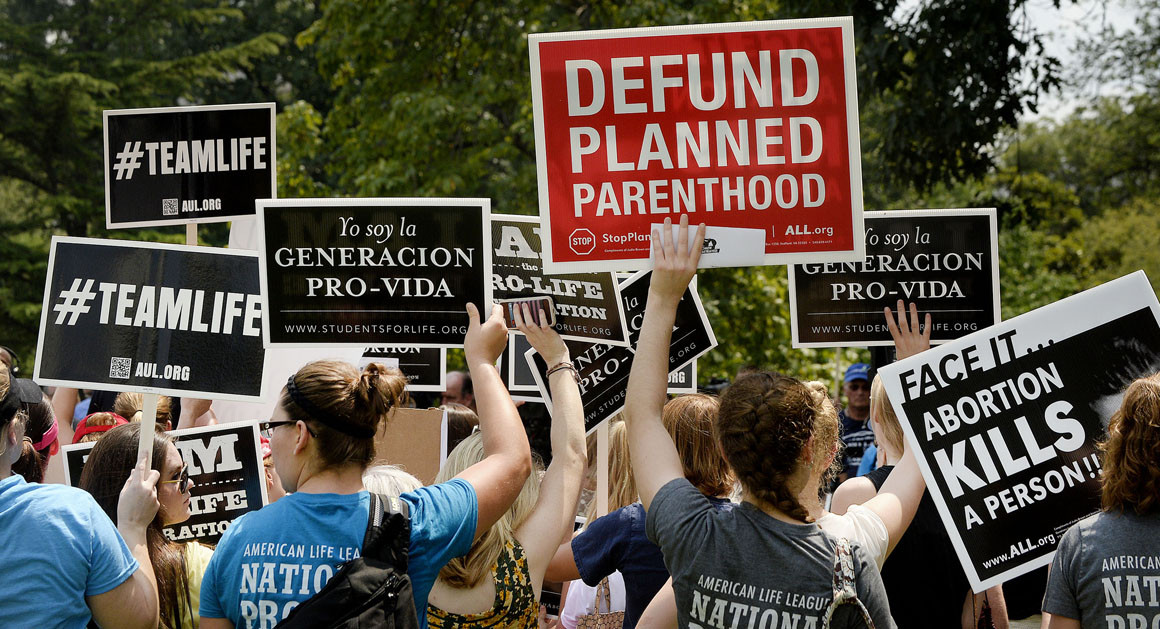 Let’s begin by unraveling the dawn of how Planned Parenthood came to be. It was founded by American educator Margaret Sanger, who was a birth control activist, sex educator, nurse and writer. Considered a hero, she was a social activist who opposed censorship and encouraged women to use their voices. Sounds great, doesn’t it? But, let’s not forget that she spoke for the KKK, advocated for forced sterilization, created the “Negro Project” to reduce the Black population and openly supported segregation. It’s safe to say that Planned Parenthood was not established with the intent of helping all women, as they so definitely claim. Planned Parenthood falsely advocates for reproductive health by recruiting neglected and devastated women and further telling them that their “women’s rights” are being stripped away. If Planned Parenthood were faithful feminists who candidly cared for the wellbeing of innocent women, they would come to light about the horrors of the facility.

What really goes on in Planned Parenthood?

Abuse of power? Sounds like it. Planned Parenthood consistently overlooks and dismisses records of rape, such as the report in 2014 when George Savanah raped and impregnated his own daughter. Planned Parenthood proceeded to terminate three of her pregnancies, all caused by her father when she was 14, 16 and 17 years old. There have been many more reports of sexual abuse where Planned Parenthood sent the victims home with their abuser after providing an abortion procedure. Planned Parenthood preaches against statutory rape/incest and providing help for victims. Instead of helping these women and reporting these instances to authorities, they feed off these vulnerable young women and leave them to be neglected and raped over and over again. In addition to advertising their hypocritical values, they have repeatedly been directly involved with sex trafficking. Amy Woodruff, an office manager in Planned Parenthood, was caught on video arranging young girls to pimps and made disturbingly cold-blooded jokes about raping the girls and forcing them to get an abortion to keep their “services” fresh. If a Planned Parenthood manager was so quick to whip out papers and to hand over young distressed women, what makes people think they won’t do it again? They practically have pimps and sex traffickers on speed dial in order to increase revenue, not thinking twice about the well-being of these exploited young women.

What’s the safest and most efficient way to steer clear of sexually transmitted diseases and unwanted babies? It’s simple: withhold sex until you’re ready. Instead of encouraging abstinence, Planned Parenthood pushes to sexualize children with their radical sexual ideologies. An example of this when they distributed a publication of their article, “Healthy, Happy, and Hot.” This booklet was given to youth at a panel hosted by Girl Scouts in the United Nations and encouraged HIV-infected teens to engage in a variety of sexual acts to prove their sexual rights. It also assured them that they do not need to inform their sexual partners of their HIV disease. Furthermore, it contained controversial statements such as “Play with yourself! Masturbation is a great way to find out more about your body and what you find sexually stimulating.” As demonstrated in this booklet, Planned Parenthood encourages kids to be sexually active and transmit sexual diseases to their partners without consent. Ironically, they claim to offer a “value-neutral sex education” while also releasing another article that teaches couples to use anal sex to “preserve the women’s virginity.” These harmful actions caused by the articles and teachings of Planned Parenthood come with detrimental consequences and can affect a woman's self-worth. By encouraging kids to be sexually active without the right protection, they push for more abortions annually. Abortions can cause mental health disorders and long term health effects. Planned Parenthood teaches both women and men that abortions provide them a way out of the consequences they’ve created with their irresponsible actions. All this could be avoided if Planned Parenthood really acted on their guidelines and promoted abstinence or safe sex.

In 2015, The Center of Medical Progress released an undercover video of Dr. Deborah Nucatola, a National Leader of Planned Parenthood, admitting to the illegal sale of aborted fetal parts. She brags, “We’ve been very good at getting heart, lung, liver…I’d say a lot of people want liver…” as she discusses with the buyer. The disregard for human life in order to increase profit is horrifically common within Planned Parenthood as evidence begins to surface. Doe 7, an abortionist, has testified in court that she regularly provided buyers with fetal tissue from the abortions she performed. In addition to Doe 7, as little as four Planned Parenthood clinics have testified in violating federal law and selling illegal fetal parts. There’s a recurring theme surrounding Planned Parenthood: an increase in profit in exchange for exploiting and violating women’s confidentiality. That proves how these heartless facilities prioritize profit margins over women’s safety and non-disclosure.

A report bashing Planned Parenthood titled, “Profit. No Matter What,” shows Planned Parenthood overbilled the government practically $100,000 as well as one survey discovering $5.2 million in overbilling. Nearly one in four Planned Parenthood businesses have been exposed of financial fraud. Another instance, as early as 2013, reveals affiliates paid a settlement of $4 million to Texas for Medicaid fraud. Therefore, our obligation is to protect taxpayers or advocate for Planned Parenthood to lose its taxpayer funding.

Now that you’ve read the viewpoints from a pro-lifer, let’s discuss and debunk the top three myths of Planned Parenthood.

If Planned Parenthood claims it has provided life-saving breast cancer screening, why don’t any of their facilities have a mammogram machine? Lila Rose and her team tested out this theory by calling dozens of facilities, and oddly enough, none of them own a single mammogram machine. Among the rare select facilities that do, they collectively provide only 1.8% of the nation’s cancer screenings (refer to charts below). While it is true that Planned Parenthood provides ultrasounds, it’s only to facilitate abortions. What good does that do for women who aren’t seeking abortion procedures? On top of that, they oppose laws that allow women the option of viewing their ultrasound. Many women would want to see their ultrasound before decisively making up their mind, but Planned Parenthood takes that option away from them, claiming it is a form of “torture.”

Given all the insightful horror from sex trafficking girls to deceiving the government, women will still blindly walk in without knowing the consequences before it’s too late. Defunding Planned Parenthood does not mean all young women are safe from its vicious deceitful methods, but it does ensure young women more sheltered and secure ways that can help them. There are over 2,000 pregnancy centers that provide medical testing, ultrasounds, prenatal care, imaging tests and help women with unplanned pregnancies. Not only can they receive a wider range of help, but they also don’t feel as if they are just a means of an increase in profit. Planned Parenthood needs to cease pressuring women into aborting their child to make others happy; such a decision should not be impacted or influenced by a controlling and corrupt private organization. Nowhere does the U.S. Constitution allow the federal government to finance private businesses, much less a disreputable federation that has been involved with political money laundering.