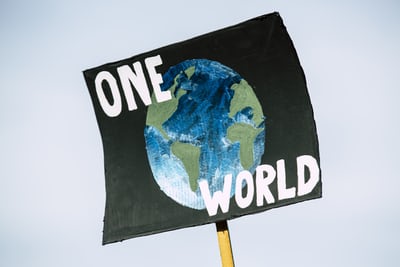 At the G7 summit last month, countries around the world cooperated to enact progressive envrionmental policy. Of the pledges made to protect the environment, the commitment to the Paris Agreement’s limit of keeping total global temperature increases below 1.5C was the most significant. This further solidified the U.S.’ involvement in the Paris Agreement since Biden rejoined it following Trump’s withdrawal. All G7 countries set targets to reach net-zero carbon emissions by 2050 at the summit, which is consistent with the goals of the Paris Agreement. Outside of the UN framework, the G7 countries also renewed a pledge to give poor countries $100 billion per year to help lower emissions. Though this pledge and amount was originally decided upon in 2009, the G7 didn’t meet that goal in part because of COVID-19, but they chose to continue meeting it in future years. Additionally, the G7 agreed to end funding for new coal generation in developing countries, phasing out support for the nonrenewable resource and offering up to $2.8 billion for countries to stop using coal. This united front puts pressure on major coal consumers such as China to cut back on coal generation.

However, despite these major progressions, it has not been enough to meet the Paris Agreement’s 1.5C limit. G7 leaders have not released many details or deadlines regarding their pledges, and they are not including developing non-G7 countries in their pledges, even though they need big polluters like China to comply for meaningful change to occur. Although this summit occurred after CO2 concentration was at its highest annual average in the atmosphere last year — despite the pandemic reducing potential demand for nonrenewables and reducing energy consumption — countries have still not committed to meaningful, substantial promises to combat this.

Many climate activists are calling on the G7 to include developing and non-G7 countries in their plans for a global approach. “More than 90% of emissions in the next two decades will come from emerging economies, but they are less than 20% of global clean energy investments,” Fatih Birol, executive director of the International Energy Agency, said. Focusing on reducing emissions from G7 countries is an ineffective strategy to tackle global warming. Climate activists like Teresa Anderson from Action Aid hope that the G7 will “announce real finance through grants and stop turning a blind eye while the world's poorest and most marginalised are hit hardest."

Instead, the G7 needs to go beyond pledges and commit to detailed policies in order to achieve real change. Beyond mere regulation, it is time for leaders to heavily incentivize cutting CO2 emissions, including in their own countries. Carbon taxes and the cap-and-trade method are the two popular methods to choose from, both of which are economic policies. This market-oriented approach provides the most incentive for polluters to develop innovative methods of cutting carbon emissions or even reaching net-zero emissions, the Environmental Protection Agency argues, as it rewards companies for continually lowering emissions as opposed to merely meeting legal requirements or adhering to a law. Opponents argue that economic regulations may lose their effectiveness if big companies can afford to pay fines and therefore continue to pollute as usual. However, long-term regulations are meant to gradually increase the cost of polluting so that all polluters are incentivized to reduce emissions.

Some leaders are hesitant to regulate because they fear they will hinder development, but industry-wide changes for sustainability have not historically harmed production or the workforce. In France, increasing energy prices to reduce energy usage (and therefore emissions) had no net impact on the amount of jobs, it just redistributed the labor; however, the study analyzing the pricing’s effects did not measure its impacts on average citizens who did not work in manufacturing. Additionally, reducing carbon emissions by up to 10% in the EU and Indonesia had “either insignificant or very small” effects on employment and firm performance, according to the Organization for Economic Cooperation and Development. Lastly, many sectors that suffer from climate-related weather events, such as freshwater and coastal areas, are already suffering from reduced productivity and loss of ecological diversity due to lack of environmental policy changes, according to the Intergovernmental Panel on Climate Change (IPCC). The G7 needs to scale environmental policies for global use in order to make an impact.

It is imperative that the G7 act swiftly to curb carbon emissions because waiting any longer will lead to massive costs in the future. If the world waits for another decade to implement the infrastructure changes necessary to meet the Paris Agreement — an optimistic estimate given how slow progress has been — it will cost $49 - $171 billion per year to enact those changes, according to the IPCC. They further state that coastal and island countries being hit the hardest by climate change are expected to incur damage and adaptation costs of several percentage points of their GDP, which will only increase if countries further delay changes in policy. To prevent the exacerbation of the already-poor climate, the G7 must facilitate widespread change immediately.

Amy Zhang is a senior from Mississippi. She enjoys reading, researching, and writing about economics and policy, and is a loyal follower of NPR's planetmoney TikTok account.