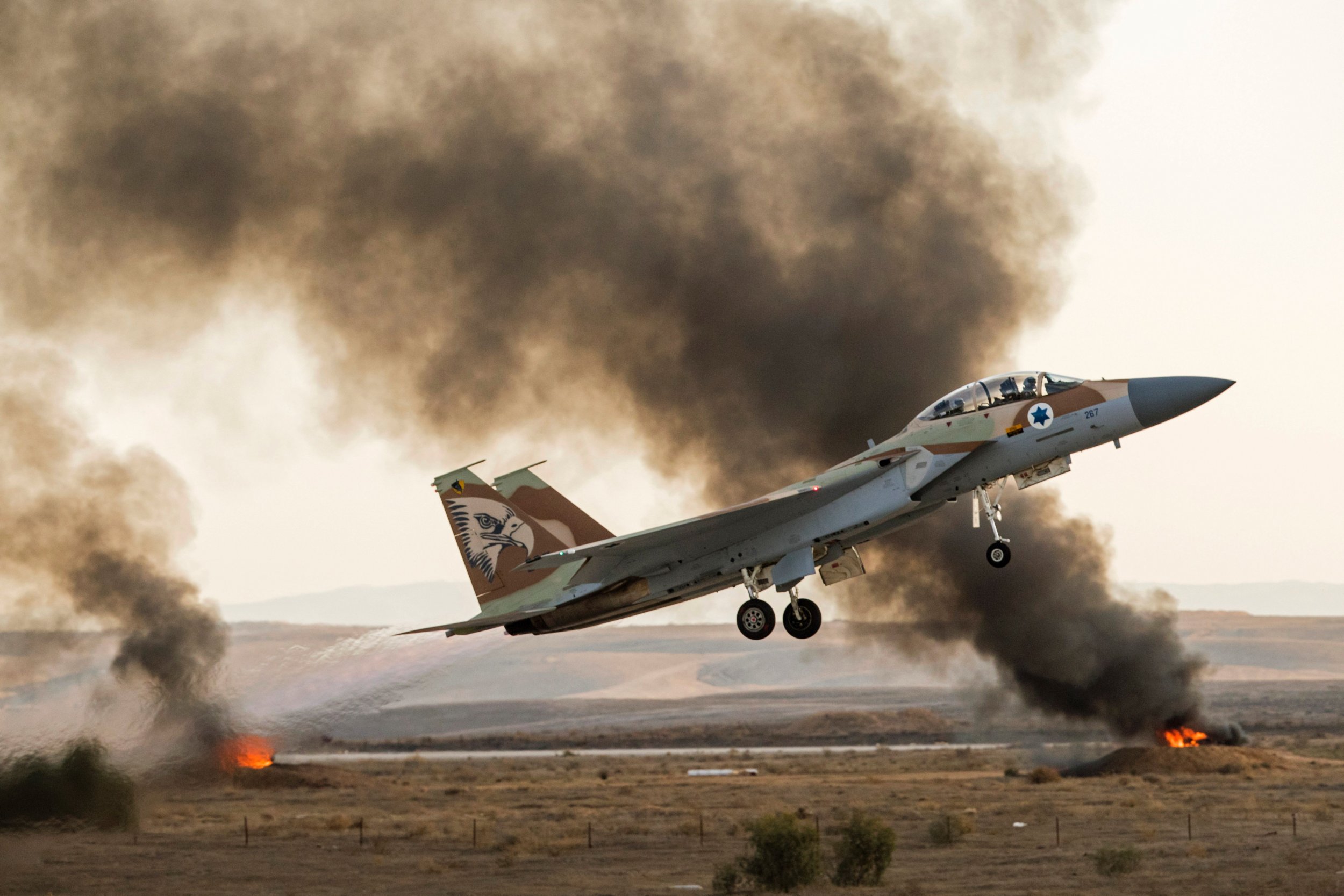 It was reported by the Associated Press on July 22nd, 2021 Israel had two airstrikes on Syria. Such attacks have become normalized. Since the 1940s Israel and Syria have been under perpetual conflict since the 1948 Arab-Israeli War which involved five Arab countries which followed from the announcement of independence from Israel (“The Arab-Israeli War of 1948”). A central area of contentious debate surrounds the Arab-Israeli War as to which side is responsible for the atrocities, however this ties into the common narrative that describes the conflicts between Syria and Israel, Jerome Slater states regarding the history between Syria and Israel, “the main topics are the 1948 war and its immediate aftermath; the 1951-67 period; the 1967 war and the Israeli capture of the Golan Heights; the relationship between Syrian President Hafiz al-Asad and the Israeli leadership, especially the 1990 negotiations; Israeli Prime Minister Ehud Barak and the Israeli-Syrian negotiations; and the current situation” (Slater). While the reader may be unfamiliar with many of the above historical landmarks, comprehension of them does not change the perception of such events. Therefore, as Slater argues, the viewpoint I endorse is not passive conformity with the dominant narrative of history but scrupulous investigation into the relations between both countries. Trying to investigate the moral weight of the relations between Syria and Israel and what is the real crux of this foreign relationship rather than its commonly-accepted history.

Take the Arab-Israeli War in 1948 that was mentioned at the onset of this paper, it was commonly agreed upon that Israel wanted to declare themselves an independent nation and it was the fault of Arabs for not accepting their existence and independence. However, more recent accounts indicate the false dichotomy of the previously held view, and they indicate that Arab states were open to compromise and negotiations such details were concealed in traditional historical accounts (Slater). Another historical landmark that has been commonly attributed to the tension between Israel and Syria is the Syrian crisis which began in 2011. This issue brought a whole new set of responsibilities and future power dynamics into question. Antecedent to the conflict as has been reiterated within this work, Syria and Israel were not on good terms yet the Syrian civil war contextualizes a modern perception of the relationship. A few concerns are stated by distinguished fellow Itamar Rabinovich with the Brookings Institution, “Syria’s civil war complicates a variety of Israel’s foreign policy priorities. Clearly, the uncertainty in Syria has put the question of the Golan Heights on hold indefinitely...has the potential to bring the damaged Israeli- Turkish relationship closer to normalcy; if the two nations can resolve their dispute over the Mavi Marmara incident, they can find common ground in seeking to foster a stable post-Assad government in Syria” (Rabinovich). In short, it forces the contemporary individual to reanalyze the decades of bloodshed spilled, and revisit the often grotesque history between these two nations.

This pattern continues for other instances of conflict between Israel and Syria, for example, there are more nations involved within the interconnections of the Israeli-Syrian relationship, countries such as Lebanon and Palestine come to mind. The continuous attacks against Palestinans from Israel affects the entire Middle Eastern perception of Israel and hence ignites more rivalries and tension between the nations. This weakens the possibility of peace and damages the hope for the continuity of livelihood for all involved. The past historical landmarks that regimented a tension and perpetual conflict between two nations is a complex issue involving more than two countries and more than two perspectives. It seems to repeat itself into a never ending cycle of violence.

However it is imperative that we do not view the conflict between Israel and Syria along with many other Middle Eastern nations as an intractable conflict. Further the kernel of bloodshed between these two nations comes down to nationalism. As is commonly held, the late 19th century gave rise to new feelings and inculcations of nationalism especially within Europe, Jewish individuals were initially within the Austro-Hungarian Empire in the late 19th century along with ten other nations all of whom wanted their own state (Green). This reverberates within the tension that occurs today between Israel and other Middle Eastern nations. Within that conflict a Jewish journalist named Theodor Herzl had hoped that Jewish people needed to leave Europe and settle into their own state which became known as Zionism (Green). Arthur Balfour created and made the Balfour declaration which stated, “The establishment in Palestine of a national home for the Jewish people” (Balfour). The Balfour declaration appears to be a catalyst and progenitor of the bloodshed that occurs today between Palestine and Israel which is synonymous to the violence between Israel and other nations such as Syria.

The severity and multitude of approaches to the Syrian and Israeli conflict is indicative of its complexity. Yet an individual must assess how they view this relationship and whether it is truly an issue of land to them, or something deeper, a nationalist bias that has been cultivated for decades. History runs deep and propels many of our contemporary conceptions of reality and humanity yet it all occurs on one planet, and in virtue of that very fact we are all interconnected and responsible for the lives of others. Others are just like us. Just on some arbitrarily different spatiotemporal location on the planet. That’s what makes death heartbreaking, that’s what makes this war heartbreaking. Modern individuals tuning out the news or shuddering at the conflict somehow become more immune to the chaos. The turmoil and malfeasances from Israel onto Middle Eastern countries that have devastated the Middle East continues today. The unfettered military-industrial complex with its omnipresence has only continued a ubiquitous cycle of terror abroad. The disastrous and complex relationship of international politics the U.S. has endorsed with other countries has made violence a normality. It makes terror excusable. As individuals we can read news about innocent civilians dying in another land and not bat an eyelash. That represents the carelessness that accompanies the continuity of recklessness and death towards others within this world instigated by those most powerful. History sometimes repeats itself yet it is a phenomena we all partake in, so it is up to us to change it.