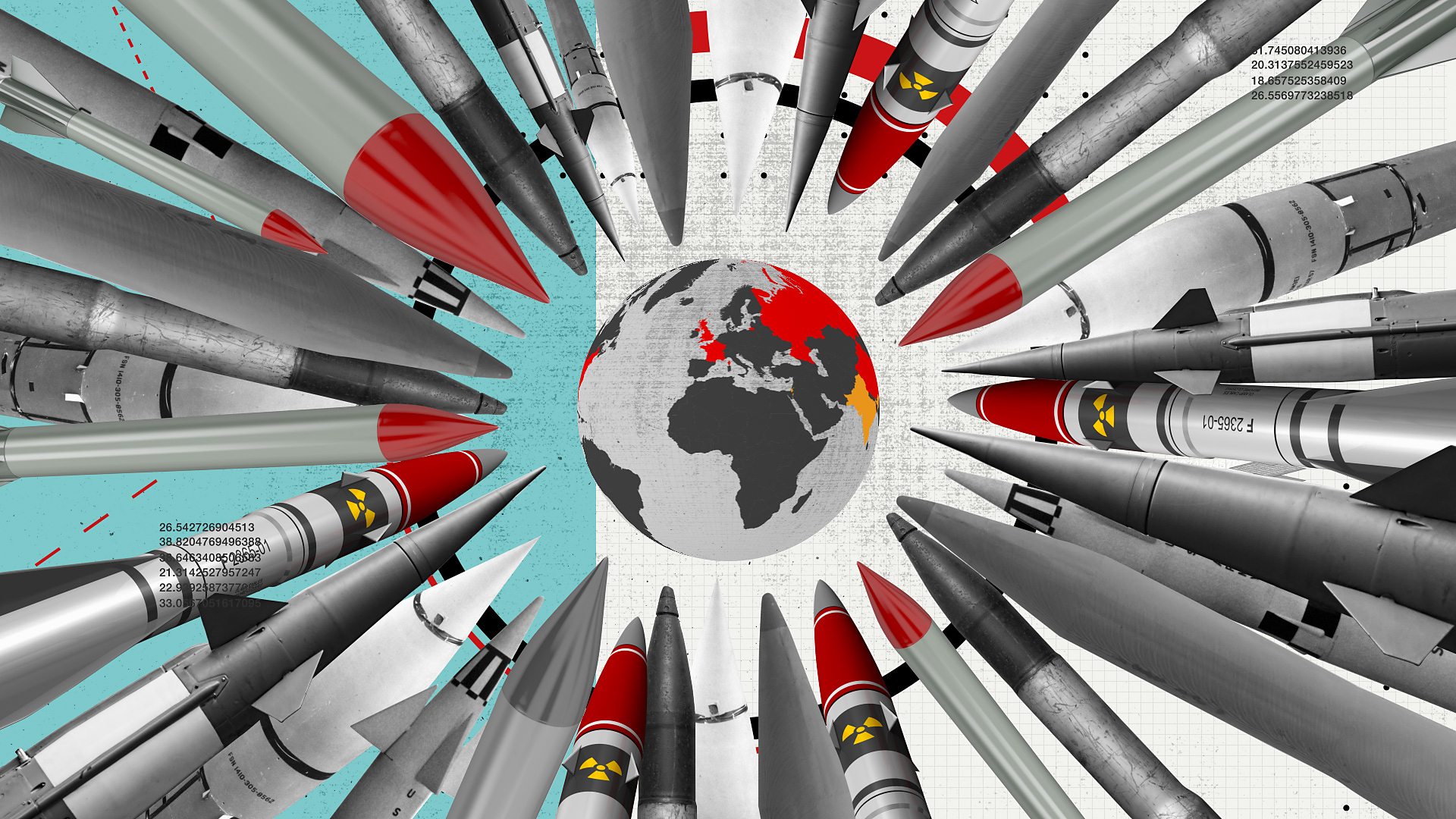 The U.S. attacks on Hiroshima and Nagasaki fundamentally changed conflict interactions. Debates over the implications of the nuclear revolutions and mutually assured destruction, combined with the fears stoked by duck-and-cover drills and Cold War-era propaganda, dominated headlines. But these developments, as well as present concerns over "rogue state" proliferation and peer-state conflict, often overshadow the significant impact that the nuclear revolution continues to have on public health. These effects manifest in two ways: the creation and the use of nuclear weapons.

The Creation of Nuclear Weapons

The impacts of nuclear attacks on public health are often discussed, but the more significant and probable risk that nuclear warfare poses to public health is in its development. Moreover, the creation of atomic weapons has historically disproportionately harmed vulnerable populations.

Uranium is the nuclear material used in the fusion reactions of atomic devices. Potential nuclear powers must mine and then enrich uranium ore to increase the concentration of certain isotopes. Both the mining and enrichment processes have profound public health implications. The highest potential risk is for miners and those working in processing facilities, who often develop "lung cancer associated with inhaling uranium decay products." Those exposed to this low-dose radiation "have about a 10% higher risk of death due to all cancers'' and a 19% increased risk of death due to leukemia specifically. These impacts are widespread as "there are no boundaries for air and water." Therefore, "the addition of long-lived radioisotopes anywhere in the environment eventually affects the health of everyone." While the impacts of uranium mining are widespread, certain groups are particularly harmed. Native American populations in the U.S. are at high risk of the complications as "at least 90% of all [uranium] mining in the U.S. occurred on or just outside of native American reservations."

Because nuclear technology was developed in such haste, sustainable waste solutions aren’t yet prominent, resulting in the dangerous storage of radioactive waste. Decades later, scientists are still debating how to store the "more than a quarter-million metric tons" of radioactive waste worldwide. Inadequate storage facilities "pose a serious risk to human health" as they continually emit radition. Currently, the U.S. uses geological depositories – or in-earth trash cans – as a method of storage but such depositories are restricted by site availability. However, these storage sites aren’t evenly distributed, and native americans are more likely to give consent for nuclear waste storage to occur on Indigenous land. This is largely a result of systemic inequities that have caused "twice as many Native families to fall below the poverty line than other sectors of U.S. society and often [to] have few if any options for generating income."

The issues of mining contamination and faulty storage are prominent even if everything in the production line goes currently, but that is rarely the case. There have been 99 serious nuclear accidents worldwide. With an astonishing 56 of those accidents occurring in the U.S. Today, many dismiss these accidents and meltdowns as remnants of the past, but continuous and relatively frequent accidents "[refutes] the notion that severe accidents are relegated to the past or to countries without U.S. modern technology or industry oversight." Nuclear accidents expose nearby individuals to the same ionizing radiation present at nuclear plants during operation but in much higher quantities. This high dosage often causes radiation sequence, and any amount over 6 grays (Gy) had a 100% fatality rate following the Chernobyl accident. These extremely high dosages, however, are rare. In the Chernobyl meltdown, only 600 workers suffered from radiation sickness while "approximately 6.5 million residents of the contaminated areas surrounding Chernobyl received . . . lower amounts of radiation." This exposure has many of the same health implications as working in or living by a nuclear reactor does, including increased risk for leukemia and thyroid cancer.

The Use of Nuclear Weapons

The possibility of the use of nuclear weapons, despite being low, will always be non-zero. More concerning is the rapid development of low-yield, tactical nuclear weapons by nuclear-armed countries, including the U.S. Experts warn that more “usable” capabilities may lower the threshold for engagement in a limited and contained nuclear exchange. While the acute impacts and damages to the physical infrastructure of such an exchange may indeed be limited, the NPR explains that "a regional war using less than one percent of the global nuclear stockpile would drastically disrupt the climate and put two billion people at risk of severe malnutrition." The immediate medical consequences of a nuclear strike, including radiation toxicity and blast trauma, are frequently acknowledged, but there are also significant long-term health risks implicated by a nuclear attack. Fatal chronic conditions would likely develop from "thyroid cancer, liver disease, and hypertension" – all caused by the radiation fallout from a nuclear attack.

Dr. Doreen Horschig, Roger L. Hale Fellow at Ploughshares Fund, explains that "[an] oftentimes overlooked [implication] is the . . . psychological terror" associated with nuclear use of the threat thereof. U.S. nuclear attacks on Hiroshima and Nagasaki caused what Masao Nakazawa, a psychiatrist who has been treating atomic bomb survivors since the 1970s, calls "the worst PTSD in human history." Tova Fuller, a psychiatrist at the University of California San Francisco's (UCSF), furthers that these psychological impacts extend far past those directly affected by nuclear use: "If you think about the trauma created by an event like 9/11, and everyone knows that one nuclear attack would raise the risk of nuclear war, so this is a much higher level of psychological trauma that we are talking about … the implications of a nuclear attack means the whole world could experience some level of trauma."

Regardless of type or size, "nuclear weapons release a terrifying amount of radiation," according to Dr. Horschig. Nevertheless, states have made attempts to minimum-maximum physical destruction and radiation release of warheads. Horschig references enhanced radiation weapons, sometimes called neutron bombs, that aim to "enhance radiation casualties while reducing blast and thermal damage to the infrastructure." Dr. Horschig continues by saying that "the last of such weapons was dismantled in W70" after its brief usage in the 1970s when it was fitted to the Sprint anti-ballistic missile. Today, similar technologies aiming to take strategic advantage of radiation release are approaching field deployment. Russia recently released videos of the Poseidon 2M39 torpedo's underwater field test, leaving experts concerned. The weapon's warhead is "designed to . . . [send] a tsunami of radioactive waves onto the . . . coastline." If targeting key port cities, the weapon can be used to inhibit trade and economic activity. Moreover, it would "leave land radioactive and unsafe for human habitation" and "radioactive water would . . . have serious environmental consequences."

This is far from an extensive review of the various implications of nuclear weapons on public health. Other complications not mentioned in this article include nuclear testing, impact on climate change, and investment diversion. Nevertheless, it is important to note that, whether via the creation of use of nuclear weapons, these impacts disproportionately affect the world's poor. As with any public health crisis, those of lower socioeconomic status and low-income countries will have reduced access to treatment. Today, "half the world lacks access to essential health services". This inequity, already manifesting in disproportionate rates of preventable disease mortality in developed versus developing nations, would become fatal in the case of a nuclear strike or the spread of proliferation attempts. The countries with nuclear weapons, for the large part, have sought to guarantee their security at the expense of grave public health risks to low-income nations. 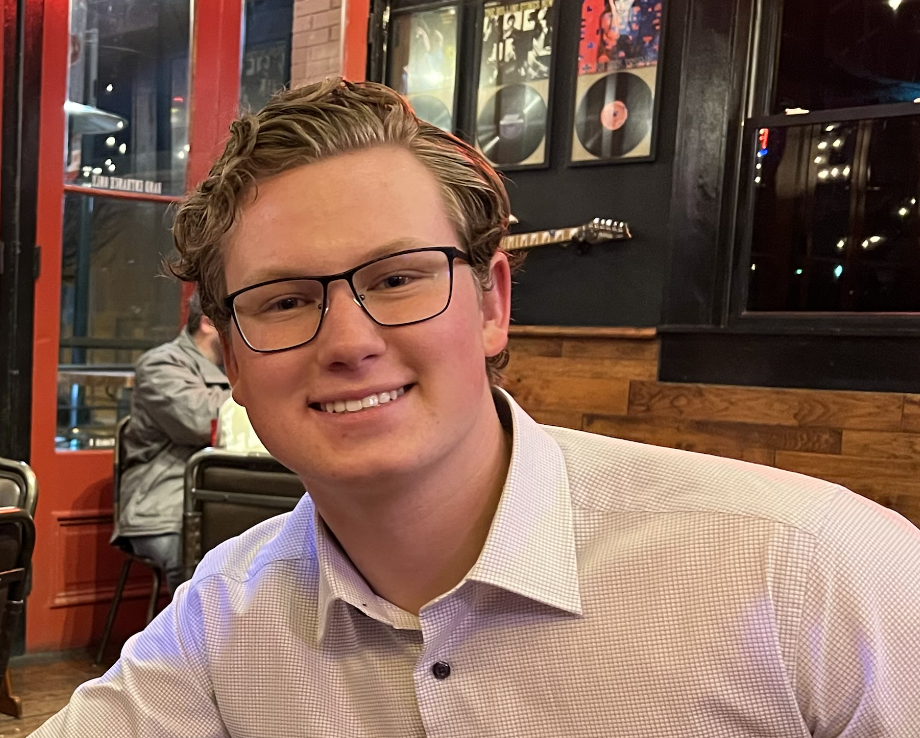 Kendall is a high school senior from north Texas who has developed an interest in U.S. foreign policy, international affairs, and global security policy. Aside from competitive debate, Kendall has written and researched for various organizations, publishing pieces ranging from longer-form policy analyses on nuclear politics to op-eds on private prisons and college admissions.