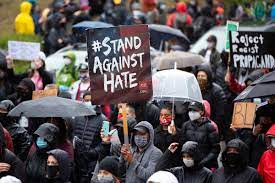 The nature of hate crimes in the United States has shifted over time. In the years from 2000-2009, hate crimes against Muslims increased 500%, most likely from broad anti-Islamic discourse following September 11th. In 2010, law enforcement agencies determined that 69.8% of racially motivated, single-bias hate crimes were due to anti-Black bias, which has historically been seen in lynching since America’s founding. While there were none listed in 2010, law enforcement in 2019 reported 14.1% of racially motivated, single-bias hate crimes were due to anti-Hispanic or Latino bias, emblematic of Trump-era rhetoric of a Hispanic “invasion”. Although the FBI doesn’t have data for 2020 or 2021 yet, most recently the rise in hate crimes has been linked to anti-Asian violence and narratives of COVID-19 as the “China Virus”.

The most publicized articles and social media posts surrounding these acts of anti-Asian violence have been linked to #StopAsianHate or #StopAAPIHate. Many news reports have described this through the narrative of an increased wave in hate crime. While the increase in violence is uncontestable, this narrative of a hate crime wave may benefit police departments to not only increase their potential funding for responses to “hate crimes”, but also actively detract from the work of activists trying to prevent these instances of violence prior to punitive prosecution of perpetrators. Dr. Tamara Nopper, sociologist and professor at Rhode Island College, argues this actively contributes to “more legitimacy for the police, and you’re also talking about, frankly, more funding for the police”. What makes this response insufficient is the fact that community collected data over hate crimes by Stop AAPI Hate demonstrates everyday events that could never be solved by this style of hard-nose, law and order approach. The types of violence that constitute a hate crime reported include verbal harassment (65.1%) and shunning (18.1%), civil rights violations such as workplace discrimination, refusal of service and being barred from transportation (10.3%). How does prosecuting people solve being harassed on a bus, taking a walk, or even the workplace? Additionally, social responses to hate crimes are usually racialized - comments about videos of Asian women getting hit by white men are usually just condolences to the receiver of violence, whereas when the perpetrator is a Black man, responses are rarely neutral. Comments like “this is why I don’t support Black Lives Matter” or “of course he’s Black” are part of an anti-Black rhetoric, but also co-opted by “Back the Blue”, law and order ideology that allows police unions to galvanize support for hate crime legislation that, while usually well-intentioned, do not create community healing nor solidarity but instead give the police an excuse to arrest thousands. How could putting more in handcuffs possibly solve deep seeded biases that COVID simply exposed and amplified? Many argue that, in theory, the widespread arrests should have a chilling effect that will deter crimes. However, this claim is not true in practice for several reasons - varying hate crime laws from state to state, inconsistent quality in data selection, differences in police department training and levels of reporting, and lack of consensus on how to prosecute hate crimes as a separate offense all make the logistics of deterrence terribly difficult.

So, what is a hate crime by legal definition? The FBI defines a hate crime as “criminal offense[s] against a person or property motivated in whole or in part by an offender’s bias against a race, religion, disability, sexual orientation, ethnicity, gender, or gender identity”. Right away, we can see this definition can both be applied and interpreted arbitrarily. How was the murder of Ahmaud Arbery by white vigilantes considered a hate crime if the prosecutors couldn’t know their true motivations? Would the murder of Akai Gurley by Peter Liang, if re-evaluated, be seen as influenced by his biases, since Liang didn’t call paramedics while Gurley was bleeding out? The line of reasoning for who has demonstrated motivation is almost impossible to determine. Remember the countless mass shootings where white men, specifically young ones, were labelled “troubled”, “mentally ill”, or “lone wolves”, compared to the discourse of “radical terrorists”, or FBI documents in 2019 investigating the threat of “Black identity extremists”. Even George Floyd’s murder was categorized as second-degree murder without other charges, although it shows an institutional instance of abuse, and many would argue it is a hate crime, it’s near impossible to prove. Think of the Atlanta shooter, who said his motivations for killing was because of a “sex addiction”, which isn’t recognized as a mental disorder by the American Psychiatric Association. Although he plead guilty to murder for 4 of the killings, he was not given any additional penalty for even gender bias, which the Cherokee County District Attorney said she would pursue if brought to trial. In the interest of a speedy verdict, they accepted the plea deal. However, this shows another structural issue with legislation like Georgia’s - it does not provide for a stand-alone hate crime, it only allows a jury to determine if an underlying conviction was motivated by bias for an additional penalty. For those like the shooter in Atlanta, how do the families of victims find comfort knowing that, if the verdict was that an additional sentence was added to the murderer because it was deemed a hate crime? Would the families of the other 4 victims who the murderer didn’t plead guilty to murder for also feel solace for additional sentences?

The answer to all these questions is hard and never fully clear. The social acceptability of hate crime legislation as an end-all-be-all to anti-Asian hate is too accepting. The fact that community organizations such as Stop AAPI Hate report data such as these everyday interactions and it is co-opted by police departments in a supply and demand matter is tragically underwhelming. Not only does it not solve the problems of social norms of anti-Asian rhetoric that creates these hostile situations, but it serves as symbolic progress, especially for social media warriors who think a bill being signed is enough for an Instagram repost. The solution is not abundantly obvious, given that the broad anti-Asian sentiment that influences the U.S. is deeply rooted in logics of Yellow Peril, but also those of so-called “coolie” laborers that permeate many South Asians lives today. In an attack early in March 2020, an elderly Asian man was attacked while collecting trash, where someone can be heard saying in the background of the video “I hate Asians”. While the suspect was originally charged on elderly abuse, the district attorney talked to the elderly man and chose a ‘restorative justice’ approach instead. Whether this was successful is hard to know, nor is it perfect, but beginning the hard conversations about why the perpetrator would even say “I hate Asians” is vastly more important. On the flip side, actor Mark Wahlberg was pardoned of a racist attack on Asian men in a convenience store in 1988. Kristian Atwood, a Black woman who was attacked by him and others with rocks and called the n-word while on a fourth-grade field trip in 1986 says he shouldn’t be pardoned, since it’s a clear pattern, and “If you’re a racist, you’re always gonna be a racist”. Wahlberg was not tried for this act of violence against Atwood, which alone may have been a flaw in how the criminal justice system prosecutes. Do we take these on a case by case basis and see how people check their biases? Should re-education programs exist? The healing between communities without the use of anti-Black or anti-Asian rhetoric is essential to how to move forward with social responses and interest groups that influence the political landscape. How this happens is never going to be 100% clear, or else racist tendencies would never exist. Educating people and children about the material harm language has on those most vulnerable within everyday interactions is only the start to a monumental task of care. The work is not finished, and this is just the beginning. 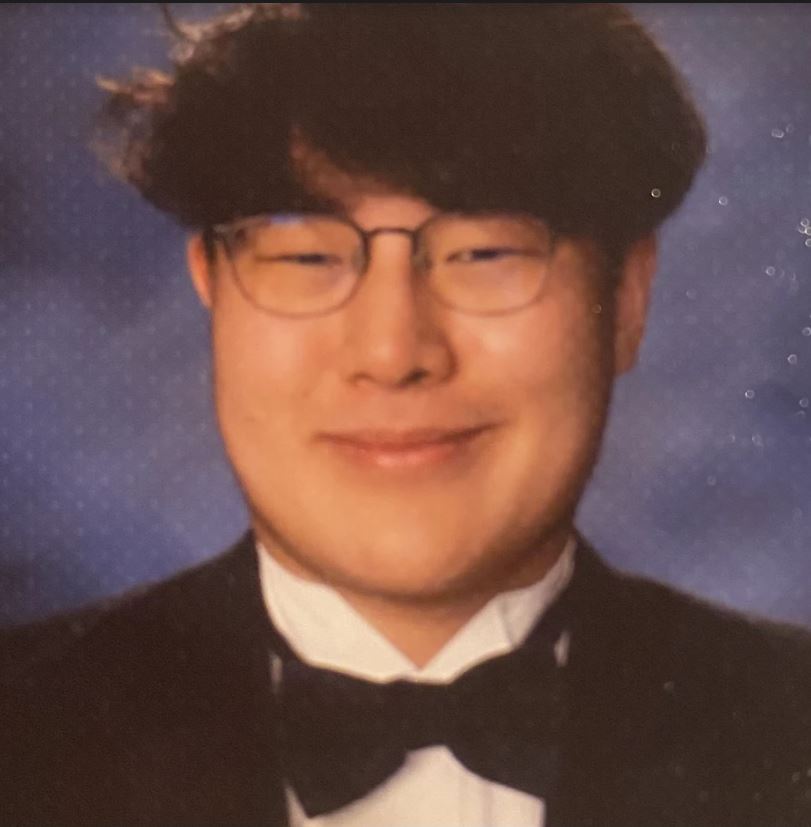 Joseph (Joe) Rhee is a senior at Little Rock Central High School in Arkansas. Joe plans to major in political science, sociology, or communications as an undergraduate and get his J.D. afterwards. His research interests are in social activism, immigration, and incarceration. In his free time, he enjoys playing Valorant and watching anime with his friends.