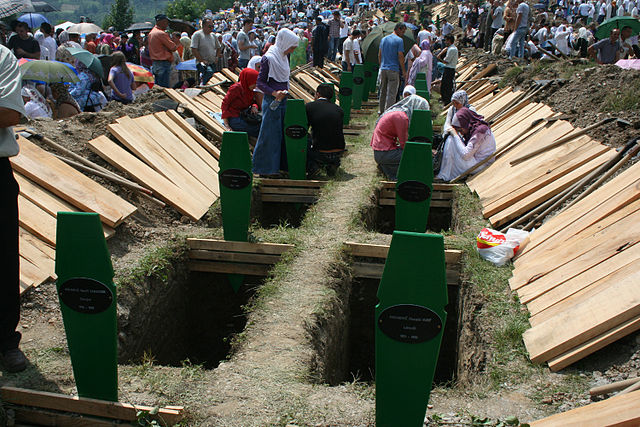 Recently, efforts introduced by Valentin Inzko — the premier international official in Bosnia — to ban Bosnian Genocide denial have come under fire by Bosnian Serb lawmakers. Both the International Court of Justice and the International Criminal Court for Former Yugoslavia label the Bosnian Serb killings of more than 8,000 Bosniaks (Bosnian Muslims) in Srebrenica during the Bosnian War as genocide. But this has not stopped Bosnian Serb politicians and their nationalist supporters from outright denying the legitimacy of this tragedy. This situation is certainly more extreme than most domestic issues, but it is important to understand that similar rhetoric can be found in America as well: conspiracy theory-fueled ultra-nationalistic language exacerbating pre-existing, systemic issues. Nevertheless, the history leading up to the breakup of Yugoslavia and what led up to this turning point in the Yugoslav Wars, Srebernicia, is long and complex.

After World War I, through the territories of Montenegro, Serbia, and various parts of what was known as the Austro-Hungarian Empire, Yugoslavia was established. During World War II, the republic was dissolved under Nazi occupation. However, Yugoslavia was later re-established as a socialist state. The individual republics of this re-established state, which included Slovenia, Croatia, Bosnia and Herzegovina, Serbia, Macedonia, and Montenegro, grew increasingly more nationalistic; ethnic conflict rose as time progressed. and this eventually led to the collapse of Yugoslavia and the Yugoslav Wars.

Multi-party elections ensued in each respective individual republic. In Croatia, these elections caused backlash from a significant Serbian minority, stirring up protests caused by the fear of what could happen to their safety under an independent Croatian president. Previously, when Croatia was an independent state, it was governed by an extremist Nazi-aligned fascist party that committed genocide against Serbs. These Serbian protesters were backed by the Yugoslavian national army and soon conquered Serb majority towns, seeking unification with Serbia. Slovenia, Croatia, Bosnia, and Macedonia all voted for independence to break away from Yugoslavia, but Milosevic — then president of Serbia — would not let them do so peacefully. Slovenia and Macedonia were able to gain independence without much conflict, but Bosnia and Croatia were not so lucky. The Yugoslav wars had begun.

In 1992, the European Union recognized Bosnia’s Muslims and (Catholic) Croats’ vote for independence. War broke out soon after this decision. Rebel Bosnian Serbs occupied 70% of the country, severely persecuting and killing many of the Muslims and Croats. While initially, Serbian paramilitaries occupied Serb majority towns, this was no longer the case. Nevertheless, it is important not to oversimplify the reality of the massacres that resulted from the Yugoslav conflict. This was, after all, a war. There were attacks committed by Bosniak factions, lead by Naser Orić, against Serbs. The wars in Yugoslavia were not a straightforward binary conflict between the “feeble” Croats and Bosniaks against the “evil” Serbs.

There was also infighting between the Muslims and the Croats resulting in the Bosniak-Croat War. Nevertheless, the Serbs were clear instigators in the conflict. The United Nations imposed sanctions in response. However, this did not stop the Serbs (under Bosnian Serb president Radovan Karadzic) from completely cutting off the Bosnian towns of Zepa and Srebrenica from outside contact and eventually ordering Srebrenica to be conquered. Under the command of Ratko Mladic, Serbian forces and paramilitaries captured Srebrenica. 8,000 Muslim men and boys were killed as a result. While Mladic, Karadzic, and eventually Milosevic were eventually convicted of numerous counts of genocide and war crimes, there are still serious issues regarding genocide denial within the Balkan states.

What happened in Bosnia still has broad implications today. Two months ago, Ratko Mladic lost his appeal against the genocide conviction for his part in the Srebrenica genocide as well as the numerous war crimes perpetrated against Bosniaks and Croats. Many Bosnians rejoiced that this war criminal was finally held accountable for his egregious actions. However, many Serbs, both in and outside of Bosnia, still consider him a hero although he systematically murdered more than 8,000 Bosnian men and boys in less than five days.

The Srebrenica genocide has been deemed the worst massacre to take place on European soil since the Holocaust. However, many underestimate or even blatantly deny the impact the mass-killing had. In 1997, current Prime Minister Boris Johnson wrote an article about the massacre, stating: “Alright, I say, the fate of Srebrenica was appalling. But they weren’t exactly angels, these Muslims.” Many prominent United Kingdom politicians called on Johnson to apologize for these comments, but he neglected to do so.

More recently, the 2019 Nobel Prize in Literature was awarded to Peter Handke, an Austrian novelist and very public denier of the genocide. Handke published two books in 1996 which endorsed Serbian ultranationalistic views: atrocities committed by Serbian militants had been overstated by the media. Handke even delivered a eulogy at Slobodan Milosevic’s funeral. Milosevic was formally indicted by The UN war crimes tribunal with genocide (as mentioned before) in connection with the 1992-1995 Bosnian war. The tribunal indicted Milosevic on the claim that he “participated in a joint criminal enterprise, the purpose of which was the forcible and permanent removal of the majority of non-Serbs from large areas of the Republic of Bosnia-Hercegovina.”

Years after the war, Handke stayed at Vilina Vlas, a notorious hallmark of the wars in Visegrad. During the Bosnian war, the hotel was turned into a rape camp by Serbs who were ethnically cleansing the town of its Muslims. No public figure was more destructive to the legitimacy of the Srebrenica genocide than Handke. When global outcry was directed towards the Nobel committee, two jurors defended their actions by citing two books, inadvertently supporting a conspiracy theory claiming an American publicity firm organized a campaign to inflate Serb atrocities. This “campaign” was designed to shift the United States’ public opinion against the Serbs.

While free speech limiting policies are still subject to debate, one thing remains clear: Americans must take genocide denial seriously. Confronting conspiracy theories and dismantling the spread of disinformation is essential to achieving this goal. The Balkan people are still recovering from the devastating wars that resulted from the dissolution of Yugoslavia. Collectively encouraging more awareness about Srebernicia is crucial to deradicalizing genocide deniers. While genocide denial might be a fringe ideology, there are still many individuals responsible (directly or indirectly) for the genocide who are still walking free. They have successfully dodged international accountability for their actions by serving their time in Serbian prisons. Only by confronting this harsh reality, regulating social media and online platforms, and reckoning with our disinformation problem will change be attainable. 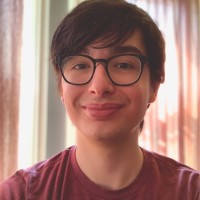 Daniel Stewart is a high-school senior hailing from the Greater Philadelphia area and identifies politically as both a social democrat and a progressive. His political interests focus on both social and economic issues. In his free time, Daniel can be found participating in his school's debate club and literary magazine, playing piano competitively, and writing.