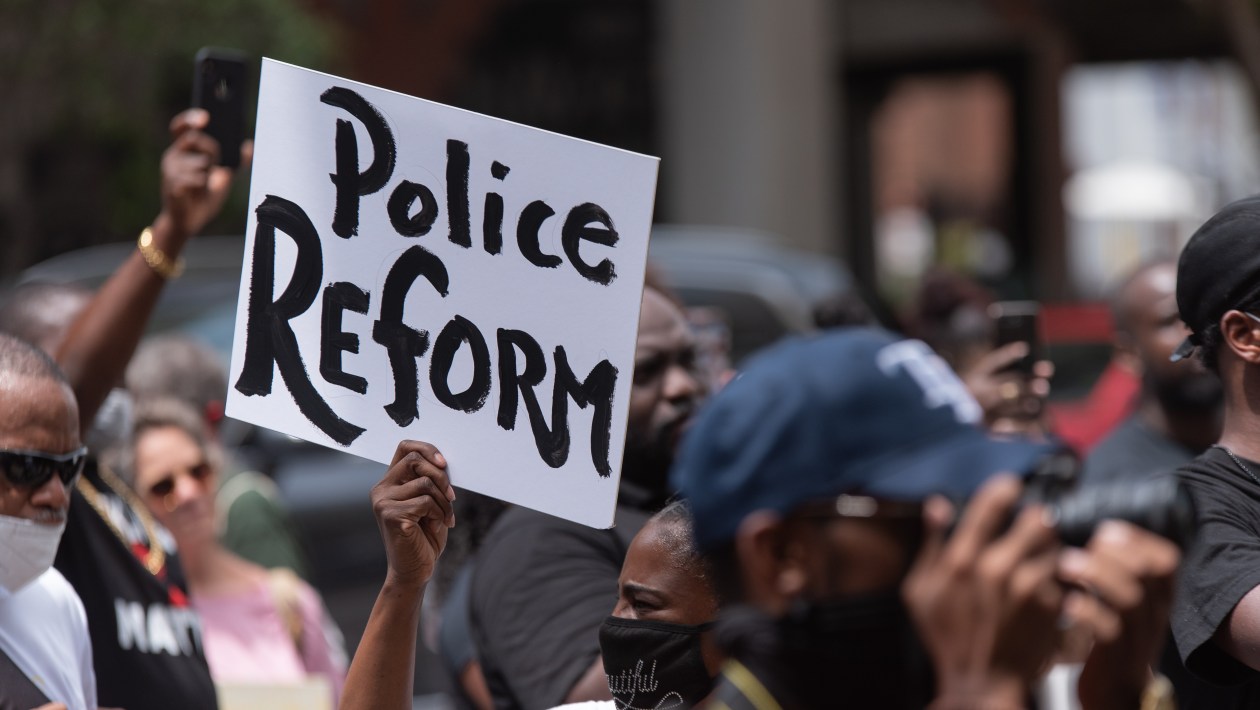 The Case for Police Reform

Many American citizens have been calling for police reform since the killing of George Floyd. Some suggest defunding the police, others fight for the system’s abolition and others push for no police reform at all. Police reform is a complicated subject and the recent Black Lives Matter movement has brought the subject to everyone’s attention. Many Democratic-run cities around the country have proceeded to defund their police force in wake of the protests such as Minneapolis, San Francisco, New York, Seattle and many others. A defunding of the police has never been done on such a scale, as this idea had only been birthed after the Ferguson Missouri protests in 2014. With the country so polarized, how are we to fix this growing problem? The answer could be pretty complex.

First of all, we must talk about what a defunding or abolishment of police would do. Many believe that any form of this would help marginalized communities, especially those affected negatively by the police department. The negative effects have included over-policing to minority communities, disproportionate nonviolent arrests in these communities and the disproportionate killings by police of members of these communities. It would take the money allocated toward the police force and insert it into communities that have been affected by over-policing. The goal is a city with less police presence which statistically would lead to fewer police killings overall. But, how would we know this works? The short answer is we do not know. We do not know because this has never been done before, but we can do our best to predict the outcomes.

For option one, we look at an abolishment of the police — a total wipeout of the police force in cities across America. The main argument here is that we do not need the police. Critics say we are taught that police are heroes but in reality, they barely fight crime and just work on parking and traffic enforcement. Criminologist Alex Vitale said to the Jacobin Magazine, “Most police officers make less than two felony arrests per year.” The argument is that because they are not useful to society and waste American tax dollars, they should not exist. But non-existence or defunding? The difference is that supporters of the abolition movement believed we have moved past a point of return. We are at a stage that reform has been pushed for years, and no progress has been made.

A more mild approach is defunding the police. The argument here is similar to abolishment. The police receive too many funds and are harmful to society. First of all, police receive over 9.2% of all public funding annually, or on average, $193 billion. That is the second most expensive branch of local funding other than education. If the police were to be defunded, it would lead to a decrease in police presence, and ultimately, the problems that come with it. A second reason to defund the police department is to redirect funds into resources for police officers that would help the problems caused by them. Extended training toward the police could prevent accidental shootings and unjust deaths. Mental health training could help officers with bias and PTSD. And, criminal justice reform could help communities affected disproportionately by the justice system. All of this is at the cost of defunding the police.

But what about the negatives of defunding or abolishing the police? What about the crime and the violence that could take place after this happens? It's safe to say that in our current world, more crime and violence would happen. In Minneapolis, in wake of the George Floyd protests, the city council listened to the protests and decided to vote on the abolishment of the police. While they waited for the vote, ⅛ of the department retired and many budgets had been cut. During this absence of police, Minneapolis mayor, Jacob Frey, announced that violent crime and shootings have increased by 50% from 2019 to 2020. Based on this evidence, it is clear that a decrease in police presence leads to more crime.

But what if the crime is decreased? What if instead of decreasing policing we decrease the need for policing. That is achieved by an idea from defunding the police: putting those funds back into marginalized communities. This decreases the need for police, as communities with lower education and lower public funding statistically have higher rates of crime due to fewer opportunities and options for citizens to make money, causing them to turn to crime. Statistically, these communities are mainly minorities and are more affected by the police. A solution would be to bring police reform without the increase in crime, and the only way to do this is to invest in areas with high crime rates now. When this is done, future generations will be less crime-ridden because of better education and opportunities. Because of this, there will be a more educated community and less of a need for police. When crime levels have plummeted, then money from the police can start to be removed. Police would be hired less and less, as the need for police would decrease. This way, we can keep the good of the police and remove the bad.

But, how does an immediate change happen? During the transition to transforming lower communities, we also increase the time in the academy and increase bias training throughout the country. This will help our country reach a point where we feel financially safe with the money we give the police and physically safe.

An interview with Alex S. Vitale, et al. “‘Policing Is Fundamentally a Tool of Social Control to Facilitate Our Exploitation.’” Jacobin, 6 Aug. 2020, jacobinmag.com/2020/06/alex-vitale-police-reform-defund-protests.