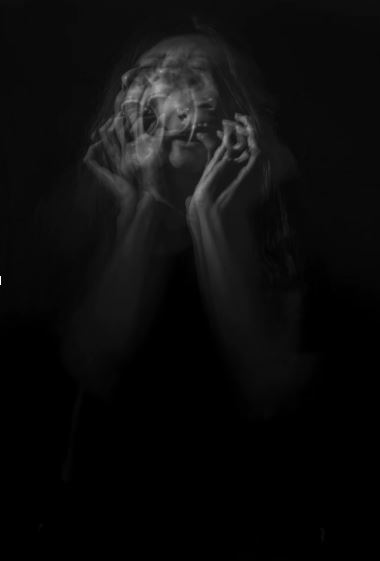 The Dangers of the Silent Struggle: Is Policy A Means of Resolution?

In today’s day and age, there is no doubt that you have heard the once-taboo phrase “mental health.”  In the past decade, mental health has taken center stage as society became more aware and accepting of emotional needs in addition to struggles we face physically. But what exactly falls under this umbrella term? According to mentalhealth.gov, “Mental health includes our emotional, psychological, and social well-being. It affects how we think, feel, and act...[as well as] determines how we handle stress, relate to others, and make choices.” Moreover, mental health is important during all stages of life, since it can impact your physical health, your ability to make and retain healthy relationships, your productivity, and more. In 2019, according to the National Alliance on Mental Illness (NAMI), around 20.6% of American adults reported experiencing mental illness. Even more alarming is the fact that during the pandemic, about 4 in 10 American adults reported symptoms of anxiety or depressive disorder according to the U.S. Census Bureau. These past few years, a new fight in the world of mental health has risen: combating the stigma surrounding mental illness.

We have often heard the word “stigma,” but only recently has it been associated with mental health. Generally, stigma is defined as “a strong feeling of disapproval that most people in a society have about something, especially when this is unfair” by the Cambridge Dictionary. In the realm of mental health, there are three types of stigma. The first, social stigma, centers around negative, stereotypical, and discriminatory attitudes others have about the patient in public settings. The second type of stigma is self-stigma, which is internalized shame and low self-esteem brought on by the patient themselves. The third and final type of stigma is institutional stigma, which is when organizations, the government, or corporations limit the opportunities available for people with mental illnesses, whether done inadvertently or purposefully.

According to the American Psychiatric Assocation, “stigma and discrimination can contribute to worsening symtpoms and reduced likelihood of getting treatment.” In fact, it is evidently clear that the impacts of stigma can be devastating for patients. For example, a research study done in 2017 by Nathalie Oexle, an assistant professor in social psychiatry at the University of Louisiana at Monroe, demonstrated that 200 individuals battling mental illness with increased rates of self-stigma exhibited lower recovery rates. Stigma-shaped experiences, whether they be socially or self-induced, can lead mental health patients to be less open and delay or even avoid seeking treatment for their illnesses, which can cause more harm than help.

But what can be done to help patients and diminish the impact of stigma? The answer lies in policy and legislative works. Public policy can be a powerful tool in impacting the lives of people, which is why it is imperative that each piece of legislation targets an important facet of mental health. For example, legislation should aim at increasing accessibility and affordability of mental health treatment for all mental health patients regardless of race, gender, or ethnicity. Additionally, public policy acts should work toward increasing mental health awareness, decreasing stigma, and promoting the early identification of mental health conditions, according to NAMI. These hallmarks combined with other factors could result in better outcomes for mental health patients through increased access to treatment and other beneficial services.

Currently, mental health policy acts have been active in the government, as well as other organizations that are both publicly and privately funded. For example, Mental Health America (MHA), a public organization founded in 1909, is using legislation to ensure people are able to access treatment, improve the quality of mental health treatment, and more. This year, MHA is hoping to target 6 key areas: Access to Mental Healthcare and Supports; Equity; Financing and Training of the Peer Workforce; Prevention and Early Intervention for Children, Youth and Young Adults; Suicide Prevention and Access to Crisis Care; and Workplace Mental Health. Additionally, there are about seven bills that have been introduced to the 117th Congress that are centered on mental health. One example is the Mental Health Services for Students Act of 2020, which was presented to the 116th Congress in 2019 by Representative Grace Napolitano (D-CA). This act is particularly interesting, since this bill aims to utilize grants, contracts, or cooperative agreements to provide comprehensive school-based mental health services and supports to assist children in local communities and schools (including schools funded by the Bureau of Indian Education) dealing with traumatic experiences such as grief, bereavement, risk of suicide, and violence. Since 2019, this act has passed the House, been read by the Senate twice, and referred to the Committee on Health, Education, Labor, and Pensions.

All in all, mental health has never been a more pressing matter. The fight against stigma and to make mental health treatment more accessible for all patients has been at the forefront of social consciousness since the early 1900s, though change has been gradual. With a greater societal acknowledgement of mental health today, public policy should be utilized as a tool to spur greater change and create better outcomes for all patients battling mental illnesses.