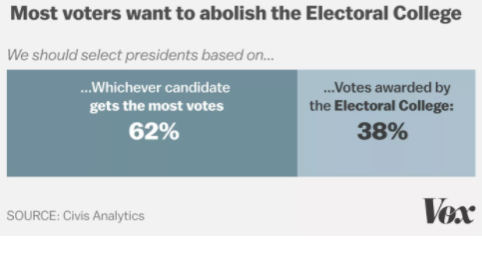 The Electoral College: Stuck in the Past

Stuck in a deadlock, the Constitutional Convention of 1787 was struggling upon deciding how the Congress and election process in America would function for years to come. From this deadlock was born the Connecticut Compromise, which states “Each State shall appoint, in such Manner as the Legislature thereof may direct, a Number of Electors, equal to the whole Number of Senators and Representatives to which the State may be entitled in the Congress: but no Senator or Representative, or Person holding an Office of Trust or Profit under the United States, shall be appointed an Elector”. This clause established the electoral college, an inept system that has operated and influenced elections in America for far too long. The electoral college was a necessary component in establishing America, but now it is naught but a system that suppresses the true American vote and keeps us from becoming a true democracy.

For some reference, let’s take an in-depth look into how the electoral college functions. States are allocated a certain amount of electors based upon population size. From here, there are two systems that states could use to cast their votes for candidates. If a candidate wins the majority of the popular vote in states who use the “winner-take-all” method, that candidate will receive all of said state’s electors. Currently, 48 out of 50 states implement the winner takes all method when casting votes in the presidential election. The other system, known as the “congressional district method”, has states allocate two electoral votes to the winner of the state popular vote, and then one electoral vote to the winner of the popular vote in each congressional district. This method is currently only implemented in the states of Nebraska.

In the election of 2016, it became evident that the electoral college is an inefficient representation of America. Even though Hilary Clinton won the popular vote by approximately 2.9 million votes, Donald Trump swept the electoral college, picking up 77 more votes than his Democratic opponent. How preposterous is that someone could win the popular vote by 2 points, yet lose the election by a margin of 14 percent. An interesting fact, however, is that the electoral college has been obstructing true democracy for hundreds of years now. In fact, the election of 2016 was the 5th instance of a presidential candidate winning the popular vote yet not taking office, with the first of these events occurring in 1824. While we claim to be a democracy in America, how can we truly identify with this system of government when we consistently don’t allow for the people to pick the president. As author Jesse Wagman writes, “In a liberal democracy, not everything need be decided by majority vote. But once something is put to a vote, it is hard to understand why the side getting fewer votes should win”.

The electoral college system, as we have it currently, also invalidates tens of millions of votes each year, as if you did not vote with the consensus of your state, your vote had no true effect on the presidential election. The 4,483,810 voters who cast a ballot for Donald Trump from California, as well as the 3,877,868 voters who cast a ballot for Hilary Clinton in Texas, achieved nothing by voting in the presidential election. Both states have voted blue and red respectively on a consistent basis, and those 8 million individuals, not to mention the tens of millions of individuals who voted for the losing side in other parts of the country, did not truly get to have their voices heard in anything but a statistic. In a popular vote system, their votes would have directly contributed to their candidate, instead of being stifled by a majority within their own state. The American “winner-takes-all’ system is not a fair and accurate representation of the voting block, and as a proponent of democracy, I feel that no citizen should have their vote invalidated simply because they decided to go against the local mold.

The electoral college system also denies the possibility for third party political candidates to gain any representation. In 2016, third party candidates secured over 5% of the national vote, a feat which they should’ve been recognized from and been able to use to further grow. However, due to the current system, they gained 0 electoral votes and were not even in the discussion for the presidency. Third parties are a way to increase representation and lower gridlock within the American government, but if they never gain any sort of political momentum, it is very unlikely that they will grow and instill more candidates in the political system. Third parties like the Green Party could have positive impacts on the senate and house, with their pro-environmental stances bringing positive change for everyone. However, the electoral college does not allow these parties to gain any sort of recognition from the presidential election, and thus does not let them seem like a plausible option for less informed voters on senate and district levels.

If one accepts that the electoral college does much more harm than good, they then have to consider what systems may be implemented to replace it. America’s system is unique, and as stated by Assistant Professor of Political Science at Westminster University Joshua Holzer, “The U.S. is the only democracy in the world where a presidential candidate can get the most popular votes and still lose the election”. Democracies around the world operate in different manners to America, many of which are much more efficient and effective than what we currently have today. One plausible system would be plurality voting, in which candidates who have the most votes in one round win. Indeed, this system is used to elect officials in most positions in America, save for the presidency. This system is simple, direct and effective, with the only drawback being that it is possible for candidates to win with less than 50% of the popular vote. An alternative system which helps solve this issue is runoff voting, where there are potentially two rounds of voting. If the winner of the popular vote in the first round has won with over 50% of the vote, there is only one round. However, if they do not win the majority, there is a second round of voting with only the top 2 candidates from the first round of voting eligible.

The electoral college is an inefficient system which halts America from identifying itself as a true democracy. It’s implausible to think that this country, who prides itself on being the home of democracy, is the only democracy in the world where the winner of the popular vote might not win the election. This system has suppressed votes and third parties for centuries in America, and is in desperate need of an overhaul. Luckily for our country, there are many valid alternatives to this system which we can put in place for a more fair election. The electoral college has us stuck in the past. It’s time for us to move on from this system, and progress to a new way of selecting our leaders. 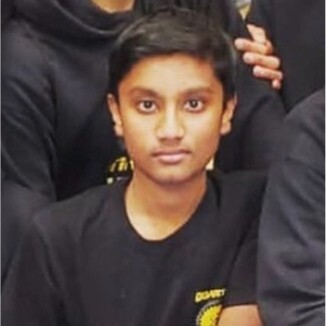