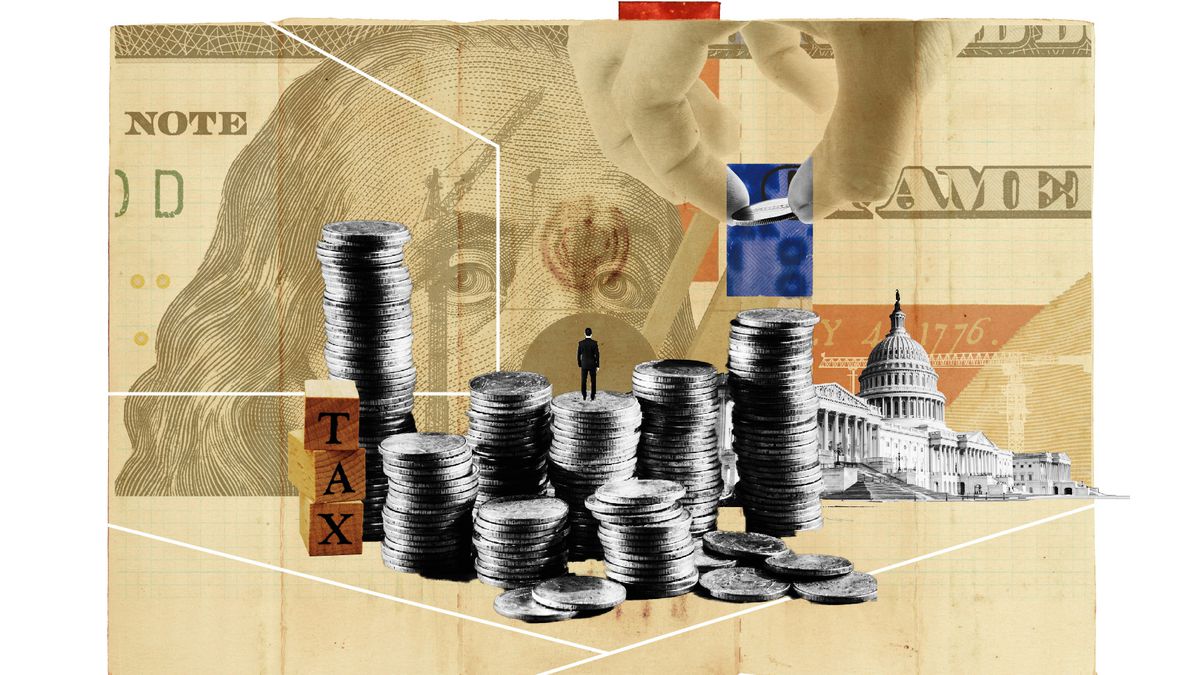 The End to Endo -- A Critique of Endogenous Money Theory

Endogenous money theory is a banking theory that is typically held by Modern Monetary Theory (MMT) economists. These economists state, “The key principle of endogenous money is that the quantity of money is not fixed and is not determined by the central bank. … Crucially, commercial banks do not need to have all the deposits for which to make the loans. … The central bank provides the necessary reserves.” Some endogenous money theorists outside the MMT school differ on some aspects, however. This article will focus on one part of the MMT position specifically because the endogenous money view is not entirely controversial. It is not disputed that inside money, money created within the private sector, is endogenously created, although it does have constraints. However, it is being argued that outside money, bank reserves, are exogenously created. I interviewed George Selgin, an economist who teaches economics at the University of Georgia, the senior fellow and director of the Center of Monetary and Financial Alternatives for the Cato Institute, and an author of multiple books on economics. Selgin said, “The endogenous money view has a controversial side. And this side holds the belief that the money supply freely adjusts itself in accordance to demand. This view, I cannot accept.”

We must begin the examination of this theory by discussing the money multiplier effect (MM). This theory explains the maximum amount of broad money that can result from the monetary base. The money multiplier implies that broad money (inside money) is constrained by the monetary base. This effect contradicts the endogenous money theory because it shows a way in which the quantity of money is controlled by an exogenous factor. The reason why these theorists disagree with the money multiplier effect lies within a paper by the Bank of England. The main issue with their critique is that it centers around the false idea that the MM assumes a ratio of base money to broad money. The money multiplier effect only states the possible maximum expansion from the monetary base; it does not state what the expansion is or will be. When I asked Selgin about this, he said, “The money multiplier is most definitely a thing and it does have its uses in this debate. However, the textbook explanation is very misleading. The traditional explanation holds the idea that banks need to wave a sign outside their door and wait for depositors to come give them money that they can loan out. In reality they mostly get this money from the central bank.” This concept of the central bank providing banks with the money to spark the multiplier begins with the target interest rate. As a result of the central bank having a target interest rate, they must “fight” to maintain it. If certain banks engage in lending practices as a result of increased demand for loans but the banks see no increase in their supply of loanable funds, then some banks will eventually be unable to pay their checks due. As a result of this, interest rates will be increased, which then leads to the central bank having to revert them back to the target by buying bank assets with money they created. This entire concept is explained by economist Leland Yeager in his paper, “What Are Banks?” It shows how the central bank is the exogenous entity which affects the money supply. It was established earlier that broad money is constrained by base money. If the central bank is mostly responsible for base money, then it is the exogenous entity that controls the money supply. On Selgin’s point specifically, it illustrates that the supply of money cannot just change to fit the demand as its creation is constrained by base money. Overall, the critiques of the MM fall short of what it actually proposes, and it still prevails as a devastating critique to this theory.

A particular aspect of this theory claims that banks do not need to deal with funding requirements before lending. To begin, it must first be recognized that this part of the theory ignores corporate banks, otherwise known as revolving credit facilities (RCF). These types of banks are seemingly ignored purposefully. The reason they are ignored is because these types of banks make it explicit that they have to deal with funding before they make loans through the existence of utilisation requests. RCFs work by establishing an agreement with a corporation, which outlines that they can withdraw however much money they want as long as it is within the limits of the loan agreement. There is also one more qualfiier: the corporation must submit a utilisation request in a given amount of days before the withdrawal. So what is a utilisation request? A utilisation request is simply a formal request that notifies the RCF about the amount of money that the corporation will be withdrawing. The reason that RCFs employ utilisation requests is because they allow the bank’s treasury to ensure that they can fund the withdrawal without becoming illiquid. This demonstrates precisely that RCFs do have to deal with funding before engaging in lending. The fact that this is ignored is concerning to say the least, because corporate banks have a significant impact on the money supply. To remove them from this analysis is disingenuous, to say the least.

Example of a utilisation request-

Although commercial banks do not necessarily have to deal with funding before they agree to a loan, they typically do or else they would be risking their entire institution. Selgin outlined an analogy regarding this situation, in which he said, “A lumber company can agree to provide the lumber necessary for a builder to build a house before they have the lumber. However, they still must cut down the trees and provide the lumber.” The typical MMT theorist would argue that they do not have to worry about agreeing to provide the loan before they have the funds, or more specifically, the deposits, because they can acquire it from the central bank or through interbank lending. The first problem that arises here is the central bank funding stigma. The central bank funding stigma is the idea that when banks borrow from the central bank’s discount window (DW), it signals illiquidity to the rest of the market. Even though banks that are financially stable can benefit from borrowing from the DW, a stigma still surrounds it. Selgin believes that “the central bank funding stigma exists in relation to the discount window.” The evidence of the stigma is overwhelming. The New York Federal Reserve, a study by Jennifer La’O, and a study by Jeffrey Shrader, Eric Ghysels, Asani Sarkar, and Olivier Armantier all confirm its existence. As stated earlier, the stigma illustrates why this idea that banks can just attain all of the necessary reserves from the central bank is not only absurd but wrong. “But what about interbank lending?'' Well, interbank lending is rarely used by banks because these funds are short term and volatile. In an article by Julien Noziet, he describes this in more detail and also gives examples of Wells Fargo and Lloyds bank. He shows that only 6% of Wells Fargo’s funding structure is made up of interbank funding and only 2% of Lloyds bank funding structure is made up of interbank funding. He also poses the question of, “Why would banks bother attracting expensive stable funding sources if all they have to do is to continuously increase (or roll over) short-term interbank or central bank borrowings?” This idea is even reinforced by the same Bank of England paper when they say, “Banks also need to manage the risks associated with making new loans. One way in which they do this is by making sure that they attract relatively stable deposits to match their new loans, that is, deposits that are unlikely or unable to be withdrawn in large amounts. This can act as an additional limit to how much banks can lend.” This explicitly admits to a constraint on lending and specifically reinforces the point Noziet made about the need to attract stable funding, i.e. deposits. Conclusively, it has been made clear that there is a high level of risk associated with banks agreeing to loans before they have the necessary reserves, which again proves the constraint reserves impose on lending.

The last piece of evidence against this theory is reserve requirements and the effects they have on the money supply. Endogenous money theorists argue that changes in reserve requirements would not impact lending. However, there are actual examples of the opposite occurring. A study by Christian Glocker and Pascal Towbin says, “We compare the macroeconomic effects of interest rate and reserve requirement shocks by estimating a structural vector autoregressive model for Brazil. For both instruments, discretionary tightening results in a credit decline. Contrary to an interest rate shock, however, a positive reserve requirement shock leads to an exchange rate depreciation, a current account improvement, and an increase in prices.” What do these results mean? These results concede that reserve requirements have effects on the money supply by saying explicitly that it “resulsts in a credit decline” or “exchange rate depreciation, a current account improvement, and an increase in prices.” Resulting in a credit decline is self-explanatory, and the effect of exchange rate depreciationshows an impact on the money supply because it implies inflation, which comes as a result of an increase in the money supply. The next piece of evidence is China. A study by Guonan Ma, Yan Xiandong and Liu Xi come to the conclusion that, “Given the sterilisation task and toolkit mix, higher reserve requirements seem to help constrain bank lending by squeezing excess reserves, lowering the money multiplier, pushing market interest rates higher and inducing commercial banks to widen net interest spreads. The distortionary tax burden imposed by reserve requirements on Chinese banks is, at 0.3% of GDP, manageable, owing to a confluence of high required reserves and low market interest rates. Chinese banks appear to have shifted a large but probably not the whole part of the cost onto their customers.” This study explicitly admits that reserves requirements constrain lending, which would again contend the endogenous money position. I must say that due to the empirical nature of these studies, it is possible that other factors contributed to the change in lending trends and these results cannot be taken as absolute. But at the least these studies do show that it is likely that reverse requirements had macro-economic effects in these countries.

So why is endogenous money theory significant? Since it is just a theory, it does not have any direct impacts on what will happen in practice. But there is a danger in holding faulty economic ideas. People often use the descriptive theories of the economy in order to prescribe what to do with the economy. And if prescriptions were to be based off of this theory, then there would be any number of problems that would occur because it is a false description of the banking system. Because this theory is built upon different ignorances, misconceptions, and falsehoods, endogenous money theory is improper at best and destructive at worst.

Donovan Zagorin is a Junior in high school that attends Upland High School in Southern California. He has the goal of attending college for a political science degree once he graduates. His interest in politics began his Freshman year in high school when he was introduced to different political books. Ever since he started his journey he has continued to try to spread knowledge about the topics he cares most about.