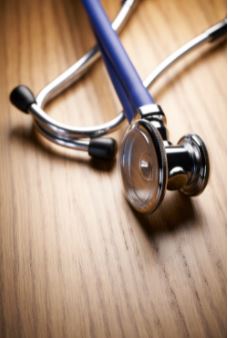 In the U.S., healthcare seems like more of a privilege than a human right, especially if you are black. Holes in the healthcare system have been present for centuries and millions of people across the country suffer as a result. Despite overall improvement in health over the past 50 years, black people still suffer from higher rates of mortality than their white counterparts and have a shorter average life span. Although part of this disparity can be explained through lower rates of employment and lower access to health insurance, after accounting for these factors, studies find that the mortality rates for black people remain higher than those of white people. To understand how such discrepancies were created, one must consider the history of the relationship between the healthcare system and the black community, beginning with a prime example of unjust treatment.

In 1932, the U.S. Public Health Service (PHS) promised 600 African American men free health care if they enrolled in a study aiming to study the progression of syphilis. 299 already had the disease and 301 did not, but all were told they were being treated for bad blood — a now outdated term that was used to describe a wide range of ailments. 15 years into the study, penicillin became the recommended treatment, but the men were given placebos such as mineral supplements or vitamins throughout the entire study. No effective care was administered to the men as they developed blindness and mental impairments and eventually died from the disease. By the time the PHS was forced to shut the study down in 1972, 28 patients had died from syphilis, 100 had died from related complications, over 40 spouses had been diagnosed with the disease, and 19 children had inherited it at birth. The results of the study haunt the black community today. “Tuskegee plays a significant role in the mind-sets of the African-American community. It made a significant impact of distrust within the community that still lingers on,” said Georgetown physician and bioethics professor Lawrence J. Prograis Jr. This past year has only brought the mistrust and the resultant disparities further into the limelight.

The effects of COVID-19 are a harsh reminder that racism is not a foreign concept of the past, but a pressing issue of today. Throughout the COVID-19 pandemic, black Americans were at a much higher risk of developing serious symptoms or dying from the virus but remained simultaneously less willing to get the vaccine. In November 2020, only 42% of black Americans said they would be willing to receive the vaccine. A month earlier, a survey found that 70% of black Americans stated that they have been treated unfairly by the healthcare system, with 55% saying they do not trust it. Black people already have worse outcomes for lung, colon, cervical, breast, and blood cancer in part because they are often diagnosed in later stages. Black women are three times more likely to die from pregnancy-related complications than their white counterparts. Providers spend less time with them and eventually lose contact post-pregnancy. The racial disparity in COVID-19 cases were only representative of long withstanding problems. By improving doctor-patient relationships and the willingness to seek health care, doctors will be able to detect cancer sooner, provide more support for pregnant women, and eventually create better outcomes for all patients. When patients feel they can be mistreated as a result of their race, the responsibility falls on everyone to make healthcare more accessible to these communities.

The search for solutions show that the issue extends outside of healthcare, or rather, that healthcare is an intersection of multiple aspects of society. Nationally, patients part of a minority group are less likely to partake in clinical trials due to lack of transportation, concern of loss of income due to their participation in trials, and concern that standard treatments will be withheld as a result, as with what occurred in the Tuskegee study. Results will not be comprehensive of every person in our society, and minorities end up being written out of the healthcare narrative. The institutionalized racism that has led to socioeconomic disparities affects our healthcare system and the type of treatment and care patients receive.

In our current climate, it is imperative that a level of trust be built between the black community and healthcare providers so that patients can receive the best care possible and trust that they are receiving quality care as well. More diversity in clinical trials will include minorities in the future of quality care. Incorporating anti-racism into the medical school curriculum; taking action on inequities in healthcare; all this starts with open communication, transparency from providers, and acknowledging the costs, access barriers, and dark history of mistreatment toward black communities, not just in our healthcare system, but other aspects of society as well.