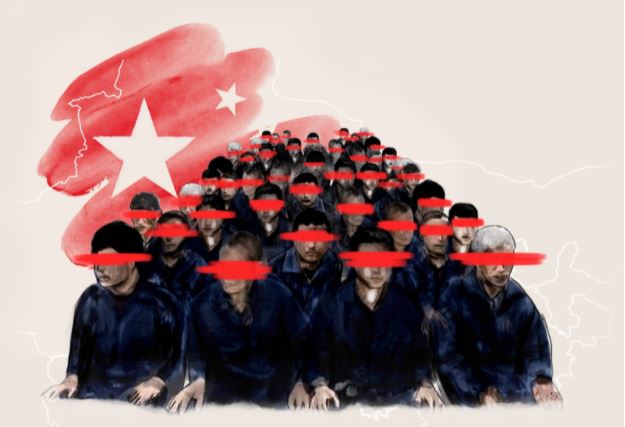 Who are the Uyghurs? and Where is Xinjiang?

The Uyghurs are Xinjiang's most populous ethnic group, Turkic ethnic descent, with their language and culture separate from that of the majority Han Chinese. They are one of the 56 ethnic groups recognized by the Chinese Communist Party (CCP), mostly Sunni Muslims, with about 12 million in Xinjiang and many more in exile across the world. East Turkestan, aka Xinjiang, is China's largest region, located in the northwestern part of the nation. It is the homeland of Uyghurs with a recorded history of 2,500 years. China has always emphasized the need for maintaining stability in its often tumultuous frontier. Because oil is abundant in Xinjiang, which also produces the bulk of China's cotton, it makes the necessity for stability even more paramount for China and its economy.

A brief history of what is happening in China’s Uighurs

10th Century: Arab influence entered the region, and Islam became a part of the Uyghurs’ life.

1940: Xinjiang experienced a brief period of independence and became known as East Turkestan, as civil war blew up in China. After a few years, CCP leader, Mao Zedong, declared the People’s Republic of China and brought Xinjiang under its control.

1955: The People’s Republic established the Xinjiang Uyghur Autonomous Region (XUAR). It became autonomous, which means it has specific self-government capabilities in principle. However, the Uyghurs were not given any significant political power.

1966: The Cultural Revolution exploded in Xinjiang. An aging Mao was keen to suppress his opponents once and for all. He wanted to reinvigorate the Communist revolution and purge China of any lingering traces of capitalism and traditional life.

1976: Xinjiang has entered another era known for reform and opening after Mao’s death. His successor, Deng Xiaoping, gave Uyghurs space to explore their cultural history and revive their traditions and religion.

The early 1990s: Xinjiang had seen a renaissance of Islamic devotion and ideology as a result of Xiaoping's reforms, and the Uyghurs had constructed thousands of new mosques. Protests were particularly widespread as political involvement grew in the region. Authorities tightened control of the region and cracked down on religious expression once more after some demonstrators advocated for Uyghur independence.

2012: During the first 18 months of Xi Jinping’s presidency, several high-profile insults (suicide car attack, a train station stabbing, and the bombing of a market) were connected to Uyghur militants.

2015: In the appearance of counter-terrorism, the state began to roll out a vast monitoring network over the area, imposing strict limitations on freedom of expression and religion.

2017–2020: Xinjiang began a massive political reeducation program, with more than one million Uighurs from all walks of life taken into detention. The reasons for detention could be as minor as wearing a headscarf or long beard, having more than two children, or traveling overseas for vacation. In recent years, thousands of mosques have been destroyed across Xinjiang. They have decreased in number from over 24,000 in 2017 to about 15,000 presently. It is believed that its architecture is too exotic to Chinese customs and traditions. But the real goal is to deprive Uyghurs of their places of worship — weakening their Muslim identity by making it more difficult for them to locate safe, communal places to pray. On the other hand, in the deserts of Xinjiang, strange facilities were erected. Human rights groups, journalists, and others raised the alarm, claiming that they seemed to be camps. Hundreds of thousands of Uyghurs started to vanish into them.

What happens in these camps?

The Xinjiang camps bear striking resemblances to the first concentration camps established by the Nazis in WW2. They targeted ethnic minorities and political dissidents in the same way, with captives being forced to work in factories. Detentions were made in both cases without official charges or trials. According to stolen papers known as the China Cables, the camps were supposed to be administered like high-security prisons, with rigorous discipline and penalties. Physical, mental, and sexual abuse have been described by some who have managed to flee the camps. Women have spoken out about rape in the streets and sexual assault. Beatings, electric shocks, stress postures, the unlawful use of restraints — including being confined in a tiger chair — sleep deprivation, hangings from a wall, exposure to shallow temperatures, and solitary confinement. The actions against the Uyghurs are much like the genocides carried out by other settler-colonial powers throughout history.

Why use the term genocide?

Article Il of the 1948 Genocide Convention of the United Nations defines genocide as any of the following five crimes committed against a national, ethnic, racial, or religious group:

There is a clear intention to target groups of people in Xinjiang based on their religion and ethnicity and employ brutal violence and intimidation to eradicate Islamic religious beliefs and Turkic Muslim ethnocultural traditions. As most of the world’s countries chose to be silent about this ethnic cleansing, the Chinese government has carried out more genocidal acts such as mass sterilization, compulsory contraceptive adoption, abortions to reduce Uyghur birth rates, reeducation camps, extensive monitoring, and forced labor. Those are only a few of the techniques used by China to suffocate the lives of millions of the Uyghurs.

Why is the world still silent about it?

China’s treatment of its Uyghur minority is a tragedy that has been going on for years. Still, due to Chinese official censorship, these operations remained unreported primarily for a long time. The international media has struggled to gather information from Xinjiang, however, in the last two years, numerous human rights organizations have begun to call attention to what is going on. Britain started pushing China to allow UN human rights inspectors to visit the region. The European Parliament criticized China for using forced labor in Xinjiang. On the other side, many countries have been silent in their responses, as Beijing has warned foreign governments not to intervene in its internal affairs. Besides that, the possibility of China being investigated by an international legal body is complex because China is not a signatory to the International Criminal Court (ICC) — putting them outside the court's jurisdiction. As a result, the ICC announced it would not pursue a case. Adding to that, it has veto power over cases brought up by the International Court of Justice.

What does China say?

China denies all claims of human rights violations in Xinjiang. It claims the crackdown in Xinjiang is vital to prevent terrorism and root out Islamist extremism, making these camps an instrument for re-educating terrorists. The Chinese authorities declare that their aim remains counterterrorism, yet their activities target suspected jihadists and the Muslim population. Even though It claimed in 2019 that everyone had been released from its re-education camps, evidence from the region shows that many people are still being held and that many have been moved from camps to official prisons. China has some of the most severe restrictions on media and internet freedoms across the globe. They continue to deny the Uyghur genocide and even deems the BBC as untruthful, as more evidence is released about the human rights violations they are committing against the Uyghurs.

To conclude, what is happening to the Uyghurs is genocide. The CCP views the Uyghurs and their cultural identity as obstacles that must be removed in any form. In a world where genocide is happening despite promises that it would never happen again, passivity is not an option. We must prevent genocide because the cost of allowing it to occur is too high: it is a cost in innocent lives as well as our humanity as a planet. That’s why most countries signed the UN Genocide Convention in 1948 in the first place. For the CCP to lie about its policy of their treatment of the Ughurs, suspending trade efforts to end the genocide is an obligation rather than a choice. There must be broad international condemnation and sustained economic pressure. The CCP has to know that their Uyghur genocide will have substantial economic and reputational consequences.

Hello! My name is Mawada Ibrahim. I am originally from Egypt, but I moved with my family to OC. I am studying Political Science at UCR and I may take a minor in public policy. I enjoy learning new languages, I speak Arabic, English, and a little French, and Deutsch.