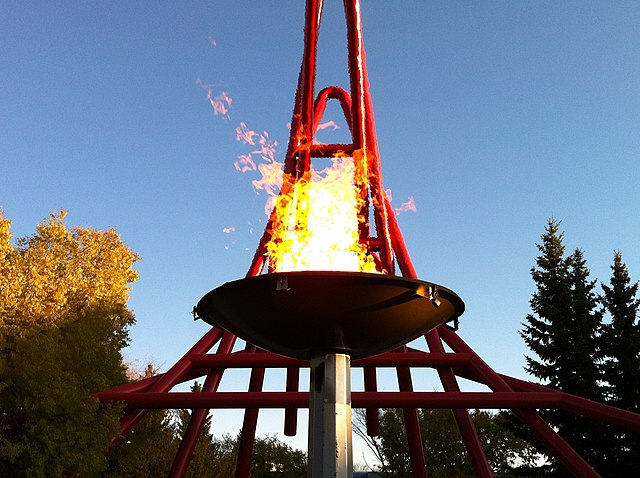 As the world watched, the Tokyo Olympics has been one of the most memorable events of 2021. It will be memorable for years to come for Japanese citizens in a different way however—the country will pay $8.7 billion to cover the most expensive summer Olympics ever. The hefty price tag to host 11,500 athletes was made worse by the cost of postponing the 2020 Olympics for one year due to the pandemic. The burden of these costs is further exacerbated by shrinking revenue, especially since ticket sales (one of the biggest sources of revenue at traditional games) disappeared once live audiences were banned. Though a socially-distanced Olympics is new, the large deficit it runs is not, and this year’s games are the latest in an ongoing trend of skyrocketing Olympics costs.

The last city to make a profit from hosting the Olympics was Los Angeles in 1984 since the city reused existing sports stadiums instead of building new ones. Since then, rising costs for the bid process, operation, capital, infrastructure, and other unexpected costs have eliminated net profits.

Countries incur their first costs when they participate in a bidding process to host the Olympics that can cost up to $150 million, with no guarantee that they’ll ever get a return on their investment. Next, the Olympics itself requires host cities to renovate infrastructure and build new sports stadiums, on top of game-day operating costs. Although the positive effects of higher quality roads and transportation carry over after the Olympics are finished, many sports complexes are never repurposed and sit unused. One example of this is China’s Bird’s Nest, which costs $11 million per year to maintain while barely being used. With the cost of constructing the Bird’s Nest close to half a billion dollars, it’s difficult to say that the multitude of Olympics stadiums being built are worth it.

Perhaps the most devastating costs, however, are the unexpected ones. Without fail, the final cost for the Olympics surpasses the expected cost nearly everytime. Tokyo 2020 cost almost three times as much as originally expected, Rio 2016 cost over four times as much as expected, and London 2012 cost over three times as much as expected. Unlike other years, however, Tokyo’s unexpected costs were heavily impacted by the pandemic. Delaying the games, renovating stadiums, and ensuring facilities were clean all drove up costs.

Unexpected costs aren’t entirely monetary, either. Over 80% of Japanese citizens opposed hosting the Olympics, which coincided with a spike in COVID-19 cases—in the final week of the Olympics, Japan saw 14,000 cases per day, with 30% coming from Tokyo. Exacerbating the pandemic and causing discontent, the Olympics have far surpassed their original estimated costs.

Despite these costs, profits are slim. Though the economic impact of the Olympics can take years to manifest in the hospitality sector, it oftens worsens domestic problems when cities divert funds away from essential programs in order to pay for the Olympics—healthcare and police systems suffered as a result of Rio 2016. Additionally, long-term revenue from using repurposed Olympic stadiums often never comes, and if Tokyo is like its predecessors, Olympic Village will hardly be profitable in the future. Immediate profits come from tourism and ticket sales, neither of which were allowed this year due to COVID-19, and the Tokyo Olympics only earned an estimated $6.7 billion revenue against a cost three times as high. This isn’t the only time the Olympics have caused a host country to incur debt, though, as the last city to profit from hosting the Olympics was Los Angeles in 1984, a feat that was only possible because the city used its bargaining power to hold the games in preexisting structures instead of building new stadiums. This example is special because that year, Los Angeles was the only city to submit a bid, greatly reducing the demands that competition brought.

As the cost for the Olympics rises and fewer countries are willing to host the games, there is much to be done to fix it. Starting from the bidding process, countries should follow Los Angeles’ lead and negotiate for the ability to use existing stadiums instead of building new ones, even if multiple countries are competing in the bidding. Not only does this dramatically cut costs for all countries involved, it also relieves the pressure of repurposing billion-dollar massive stadiums that often remain empty after the Olympic events. Journalists have also suggested creating independent panels to keep the International Olympics Committee in check or reforming the I.O.C. to make it more democratic and transparent. However this decades-long problem of sky-high costs is fixed, it should serve as a reminder that just because the Olympics produces winners doesn’t mean the host country should be losers too.

Amy Zhang is a senior from Mississippi. She enjoys reading, researching, and writing about economics and policy, and is a loyal follower of NPR's planetmoney TikTok account.