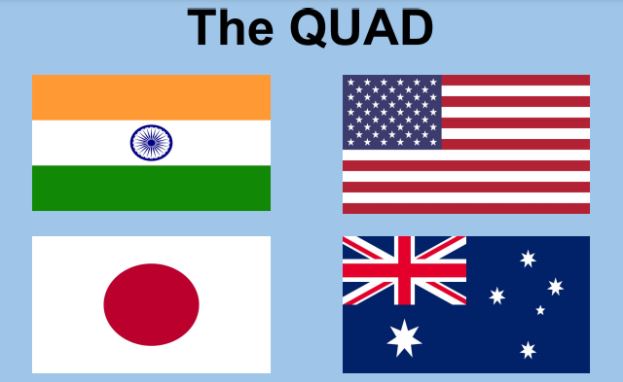 The QUAD: Its Objectives, its Limitations, and What its Future Holds

Formation of the Quad

The Quadrilateral Security Dialogue, referred to as the Quad, is an informal security dialogue between the United States, Australia, Japan, and India. This initiative was put forward by Former Japanese Prime Minister Shinzo Abe in 2007 in order to promote “freedom and prosperity” in the Indo-Pacific and to counter China’s growing influence in the region. The Indo-Pacific as an area is of significant importance; it hosts 60% of the world’s population and produces 60% of global GDP. It is also central to global value chains and investment projects.

The four member states demonstrated their desire to cooperate altogether in 2007 when they participated in a joint military drill: the Malabar naval exercise. The Quad went into hiatus the following year when Australia withdrew from the dialogue to pursue an improved diplomatic relationship with China under Kevin Rudd’s tenure as Prime Minister. The strategic dialogue between the member states was revived in Nov. 2017 when senior officials representing the four nations gathered in Manila in the Philippines. Since then, senior officials from Quad member states have held eleven meetings to discuss common interests, have conducted two additional Malabar exercises, and completed a table-top counterterrorism exercise.

The Quad aims to uphold human rights, the rule of law, respect for sovereignty and territorial integrity, as well as the peaceful resolution of disputes in the Indo-Pacific region. The member states share a common vision of containing China’s growing economic and military footprint in the Indo-Pacific, expressed through its expansive maritime claims in the South and East China Sea. Although the U.S Indo-Pacific Strategy explicitly addresses China, the Quad as a group has refrained from directly mentioning Beijing in their discussions.

Observers are divided in their interpretation of the Quad’s true nature and purpose; some appraise the Indo-Pacific alliance as a force to counter China’s economic influence, particularly its growing role in telecom, biotechnology, and other strategically important areas. Other analysts have cast it as a rising military alliance, given the Quad’s engagement in maritime security talks and joint naval exercises that have taken place in the Northern Arabian Sea, as well as in the Bay of Bengal. Wang Ji, the Foreign Ministry of China, has regarded the Quad as the new NATO.

Presently the Quad does not represent a formal military alliance. Rather it is a loose-knit network that connects like-minded states that hope to promote the rule of law and discourage China’s intrusive maritime activities. Its working groups on vaccine development (with India as the production hub) and on critical technologies aim at constraining China’s central position in the global economy and in key industries. The Quad has also demonstrated commitment to tackling global challenges including climate change, pandemics, and terrorism.

The informal alliance covers a variety of topics; it has not yet adopted a clear strategy. The members may experience difficulties formalizing their alliance and setting a fixed agenda countering China, as their individual priorities differ, fueling confusion about the Quad’s precise purpose. India is primarily concerned with activities related to the Indian Ocean and the Himalayan region, while Japan is anxious with Taiwan and what lies north of it. Australia and the U.S. do not have any territorial disputes with China. Another factor to consider is also India’s democratic backsliding. The Indian government under Modi has been criticized for daily assaults on civil liberties, targeting particularly the Muslim minority. The nation, in contrast to other countries, has not publicly condemned the human rights violations taking place in Hong Kong and in the Xinjiang region. The Quad’s stability, therefore, may be threatened by the erosion of democracy in India, as the democratic character of the Quad member states is a key aspect that unites them.

Moreover, countries have become more economically interlocked than in the past, making their relationships with others more complex. Although the Quad members would like to become less dependent on China economically, they currently engage with it at a significant level - even Australia, which recently restricted the transaction of certain goods with China, continues to enjoy healthy economic relations with it. China is currently the top exporting country for Japan and Australia, as well as the third-largest export market for the U.S. and India. Given these trends, the Quad members may be less willing to formalize their alliance or use the Quad as a platform to directly threaten China as a military and economic power. Threats can be very costly in diplomacy, inducing deeper tensions between nations.

The absence of key states in the region officially from the Quad represents an additional challenge; it could impair in the future its progress and its ability to restrain China’s coercive activities in the Indo-Pacific. Establishing further cooperation with other nations could also prove critical to progressing infrastructure projects, addressing future pandemics, and effectively promoting cybersecurity in the region. Asian nations, including South Korea and the Philippines, have been reluctant to collaborate with the Quad due to concerns about maintaining amicable relations with China. The Quad has championed the need for “ASEAN centrality and unity,” in particular, in order to promote their shared interests. Even though ASEAN has stressed the importance of freedom of navigation and overflight, as well as the centrality of maritime cooperation with other nations to ensure peace and stability (evident in the organization’s Maritime Forums and Indo-Pacific Outlook), the organization has refrained from engaging with the Quad. Southeast Asian countries are all part of the Belt and Road Initiative, the Regional Comprehensive Economic Partnership, and most importantly- Beijing continues to be their largest trading partner.

The Quad member states have not yet formalized their military relationship by scheduling routine joint naval exercises in the Indo-Pacific. They have stressed the importance of naval exercises as a showcase of respecting the rule-based international order, evidenced by their Malabar exercises held in the Bay of Bengal in Nov. 2020 and in Guam in Aug. 2021. Moreover, in April 2021, the quad members joined France’s three-day Le Pérouse naval exercise in the eastern Indian Ocean. The Quad states, however, have refrained from organizing altogether an exercise in the East or South China Sea, areas in which China has contested territorial disputes. This move could be interpreted as avoiding directly threatening Chinese maritime activities and extensive claims.

There is strength in numbers, which can make deterrence more effective and signal to China that the Quad’s cohesion of navies and military interoperability are strong enough to withstand Chinese intrusive activities and encourage the country to take a step back. This does not seem to be the case; Beijing’s top legislative body, the National People’s Congress standing committee, passed a new legislation in Jan. 2021, which allows coast guard vessels to use force against foreign forces that appear in the country’s claimed territories in order to safeguard its sovereignty and maritime rights. Beijing also remains committed to conducting naval drills and live ammunition training in its claimed territories, as a response towards the Quad’s naval exercises.

In the future, to strengthen its deterrence power against China in a military manner, the Quad could hold altogether routine annual naval exercises in the South and East China Sea. It could also partner with Asian and European countries in order to form a combined maritime force that checks China’s growing naval power and encourages it to limit its intrusive activities in the Indo-Pacific. Ultimately, the Quad’s development will be determined by China’s assertiveness in the region, as it was formed as a reactive force against Beijing’s activities.

How Long Will Biden Pretend Modi's India Is a Democratic Ally? | Time

Laksmana, E.A. (2020, December 22). Whose Centrality? Asean and the Quad in the Indo-Pacific. The Journal of Indo-Pacific Affairs. Retrieved August 3, 2021 from

Naval exercise in Indian Ocean between Quad and France Should Be Conducive For Regional Peace: China (2021, April 6). The Economic Times. Retrieved August 10, 2021 from

Power, J (2021, February 24). What is the Quad, and How Will it Impact US-China Relations Under the Biden Administration? South China Morning Post. Retrieved August 13, 2021 from

The Quad: an Emerging Multilateral Security Framework of Democracies in the Indo-Pacific Region (2021, March). European Parliament (EP). Retrieved August 14, 2021 from 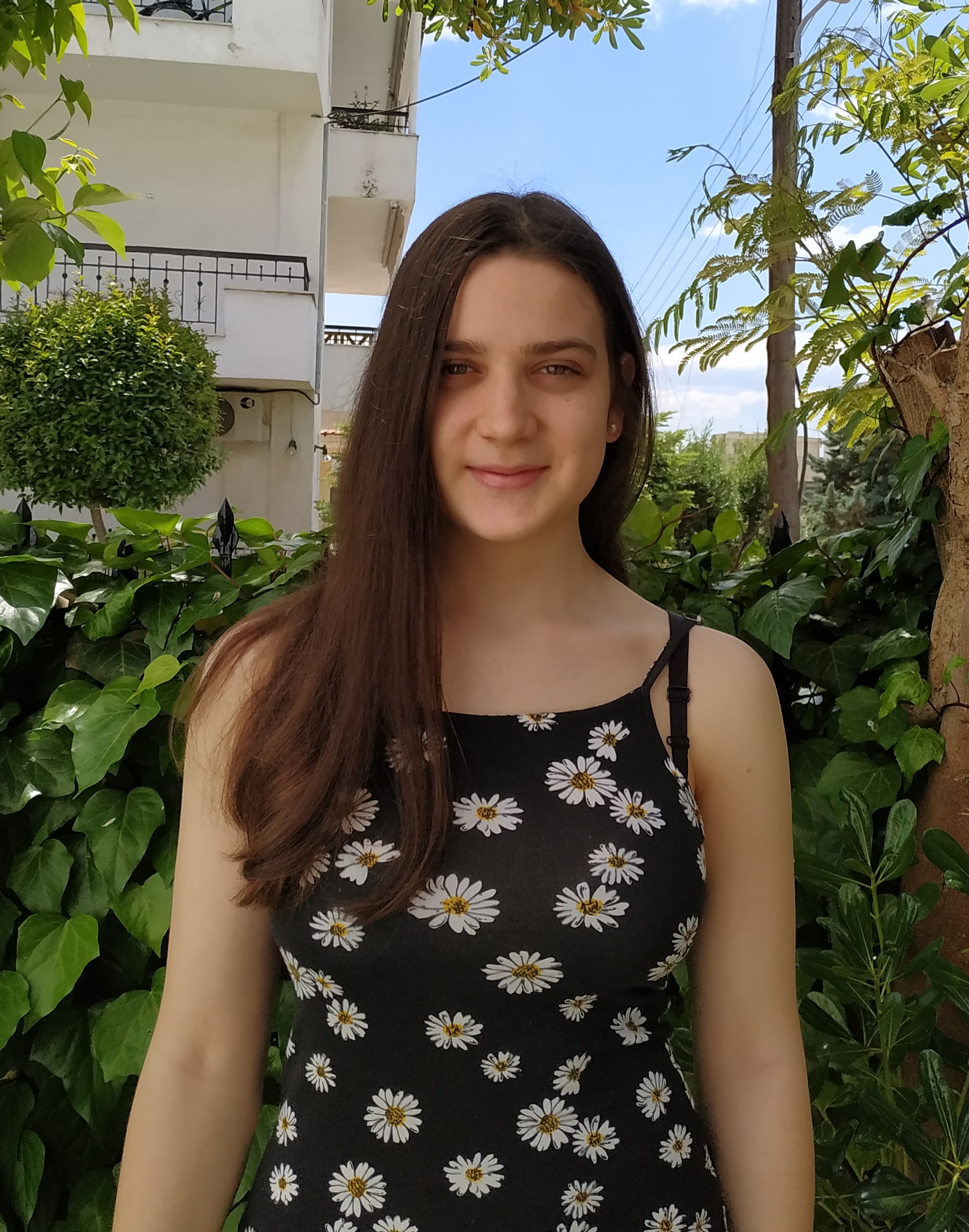