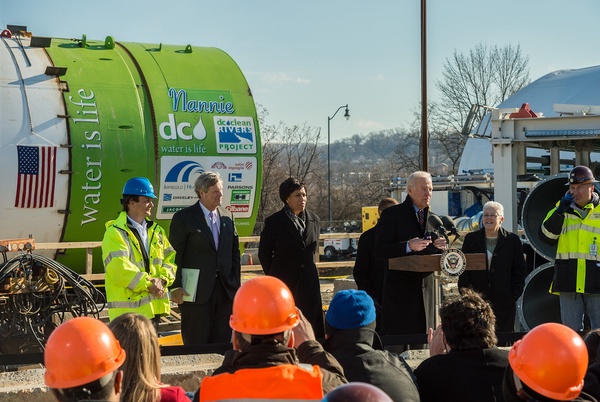 Why in Order to Pass His Infrastructure Bills, Biden Could Be Setting Important Precedent

President Biden has his eyes set on passing what would be a historic $4 trillion dollar combined set of infrastructure bills that will aim to bring back and create many new jobs to jump start the economy as soon as the COVID-19 pandemic comes to a close. This bill would be bigger in total spending than both FDR’s New Deal and Obama’s American Recovery and Reinvestment Act of 2009 which cost a total $840 billion.

Last month Biden unveiled both of these bills, his $2.25 trillion American Jobs Plan and his $1.8 trillion American Families Plan, which focused on child care and education. While an actual bill is not publicly available and negotiations are currently going on, thanks to press releases from the White House and other media outlets, we now know what an ideal democratic infrastructure could look like if Senator Chuck Schumer is able to pass the entirety of this bill through budget reconciliation.

According to the White House’s own release statement on the American Jobs Plan, 40 percent of the benefits of this plan will go to climate and clean infrastructure investments. The plan will invest about 1% of the GDP over the next eight years in the areas of infrastructure, manufacturing, and research in science.

Overall, the aims of the plan will include:

Biden's proposed plan to cover this plan’s expenses is to raise the corporate tax, increase accountability for companies that offshore profits, and eliminate tax breaks for certain industries. According to CNBC, with the proposed tax hikes, the infrastructure bill would pay for itself in 15 years. The current proposal first set by Biden does not outline any changes to the individual tax code and neither does the $568 billion Republican counterproposal or the $1.7 trillion Democratic response, but this is all subject to change depending on how negotiations continue.

Senate Minority Leader Mitch McConnell (R-KY) has shown animosity towards this bill despite his home state Kentucky being one that would greatly benefit from the investment. According to the New York Times, the 58 year old Brent Spence Bridge that connects Ohio and Kentucky is responsible for an estimated 3% of the nation’s GDP every year. In the past, Senator McConnell has called the bridge "an unacceptable strain on the local economy," but has also expressed that he does not want the bridge to be fixed by raising corporate taxes, which is a key element of Biden’s proposal.

The only possible way to pass this infrastructure bill unchanged without budget reconciliation would be to abolish the filibuster; even then, this would still be difficult because at least three Democrats in the house have already vowed to oppose the Biden tax plan if there were absolutely no concessions like removing the local tax deduction cap. Otherwise, Democrats would probably need to strip the bill significantly in order to get the necessary ten Republican senators.

Aides to Senate Majority Leader Chuck Schumer (D-NY) have already asked the Senate parliamentarian Elizabeth MacDonough if Democrats can pass another bill by reconciliation this fiscal year. Doing so would allow the party to bypass the filibuster and swiftly push through Biden’s agenda by simple majority. Depending on how MacDonough interprets the rules of the Senate, she can give Democrats another bill to pass within this fiscal year and possibly even another by the end of this calendar year and start of fiscal year 2022. Otherwise, Joe Biden’s plan seems doomed to become more like the Republican counter proposal if the Senate parliamentarian does not side with the Democrats since due to the filibuster itself, reforming the filibuster is an even farther away dream.

What Joe Biden does is ultimately in the hands of the parliamentarian but also in how much his party is willing to stand in favor of the full reconstruction bill that Biden proposed. 58% of Americans support overriding the Republican opposition to pass this bill in its entirety using budget reconciliation; however Biden seems unlikely to steer away from his idealized goal of bipartisanship and even more unlikely to act autocratically by firing the Senate parliamentarian, an action uncommon but not completely unheard of. In what way this bill passes Congress is ultimately in the hands of the Senate Parliamentarian and President Joe Biden.