Leadership at the Institute for Youth in Policy is comprised of a select group of young individuals with a proven passion for a brighter future. Members of Senior Leadership are either founding members of the organization or carefully selected and elected to their position by the BOD to fulfill vacancy. Leadership works to lead and drive the organization as a whole, making decisions that affect the whole organization. 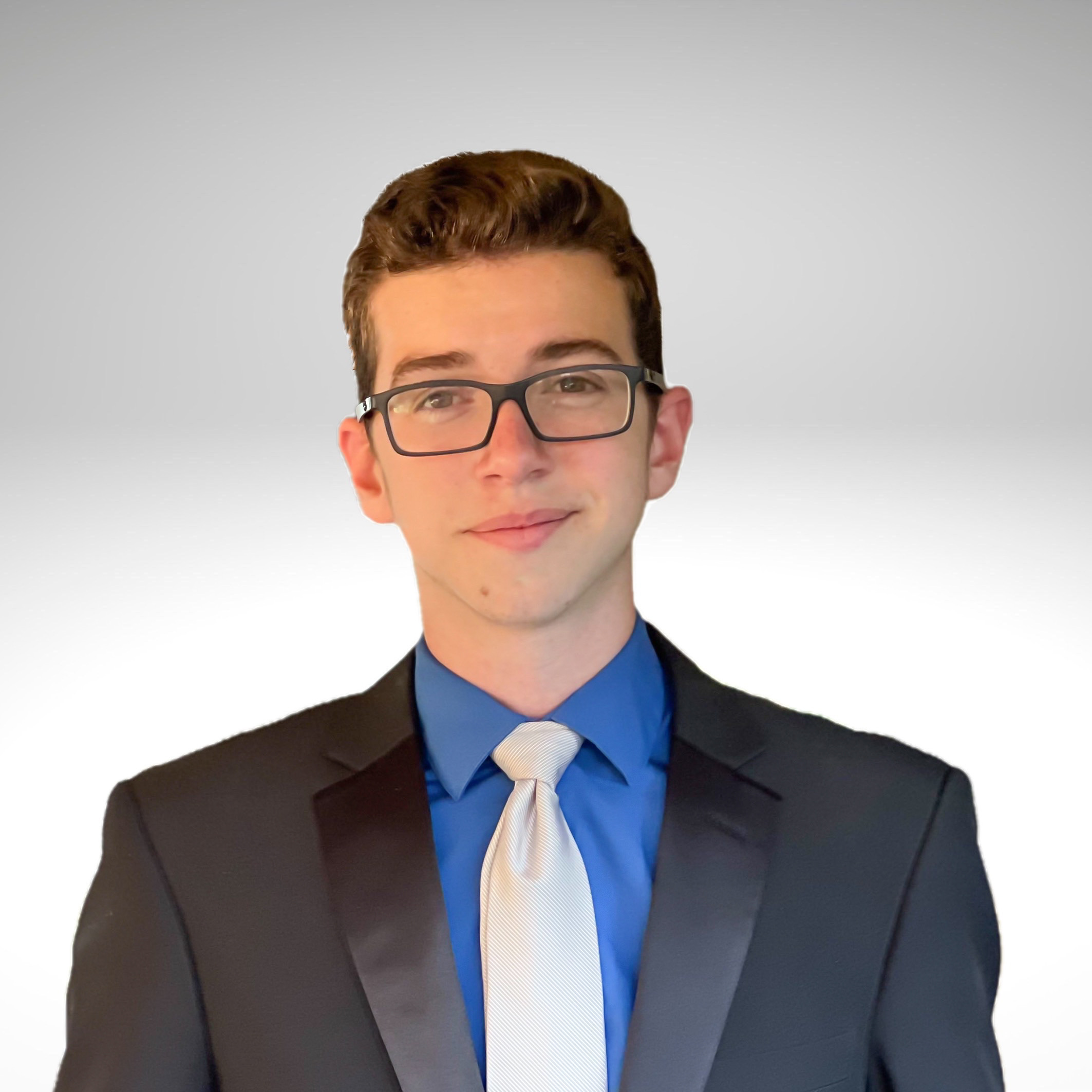 Paul Kramer, a High School Junior currently serves the Institute for Youth in Policy as Executive Director. Prior to founding and running the Institute, Kramer served in numerous senior leadership positions across party lines - notably as Deputy Campaign Director with the Libertarian presidential campaign and Senior Field Manager with a local Democratic Campaign for Congress. As Kramer served in these positions, he was also active on social media, where he connected tens of millions of viewers to politics utilizing a neoteric policy lens. He thoroughly enjoys applying his analytical skills and exploring solutions to complex issues at hand. 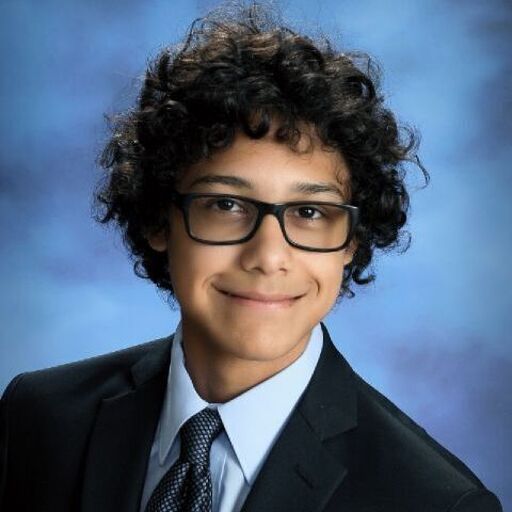 Carlos is a second-year student at RIT majoring in Supply Chain Management, striving towards the goal of a world driven by technology that works better for everyone. Carlos has considerable experience in the world of politics, with current and previous roles ranging from issue advocacy to the ballot box, and everything in between. He oversaw various stages of the grassroots event lifecycle (including internal/external documentation, publication via MobilizeAmerica, and distribution via Hustle) for Andrew Yang's presidential campaign. Carlos also served on Andrew's mayoral campaign in the dual roles of Email Support Team Lead and Finance Committee Member. 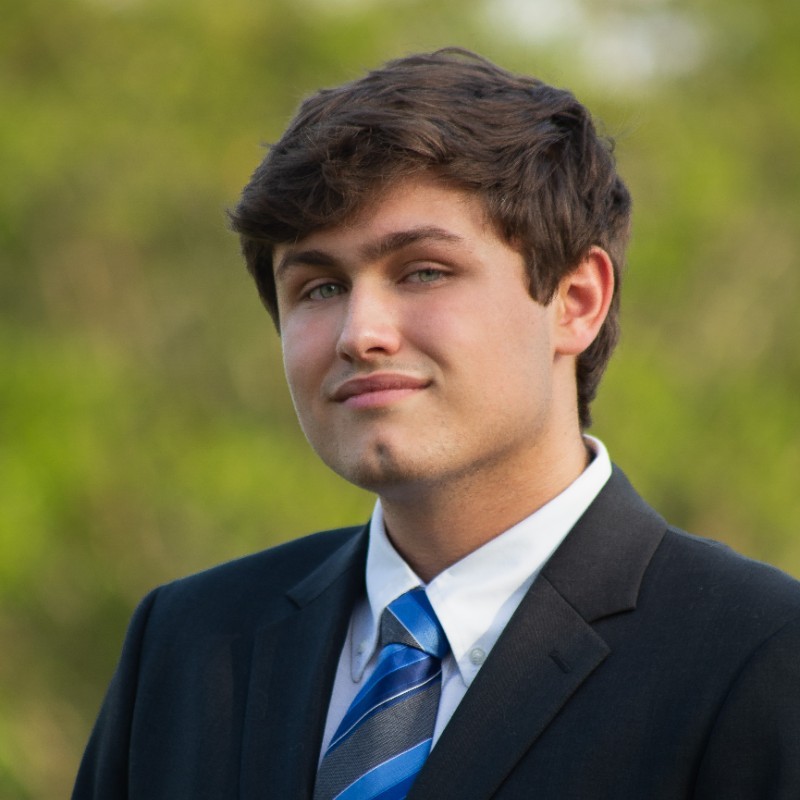 Luke Drago is a committed citizen who has actualized his passion for community change with years of experience in leadership, political strategy, public policy, communications, and organizing. He was raised in Charlotte, North Carolina. He studies Politics & History at the University of Oxford and is a college member of St Edmund Hall. In high school, he was the captain of the public forum debate team, a three-time qualifier for National History Day's national documentary competition, and a top-16 debater in the National Catholic Forensic League's national tournament. Luke has worked on campaigns at every level of government, from local elections to presidential elections. He has been a successful advocate for numerous policy initiatives, including a district-wide school security overhaul and a historic local investment into attainable housing. Currently, Luke is the campaign manager for a Town Commissioner in North Carolina. He is driven by a conviction that public policy can be a powerful mechanism to change lives and shape the future. 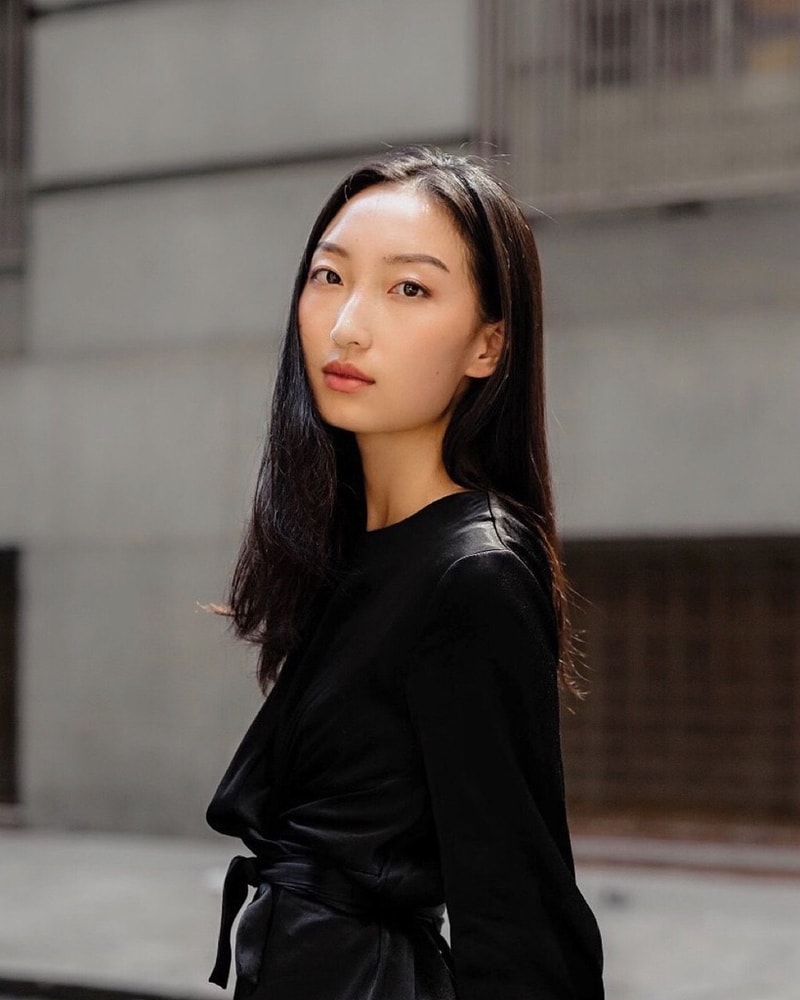 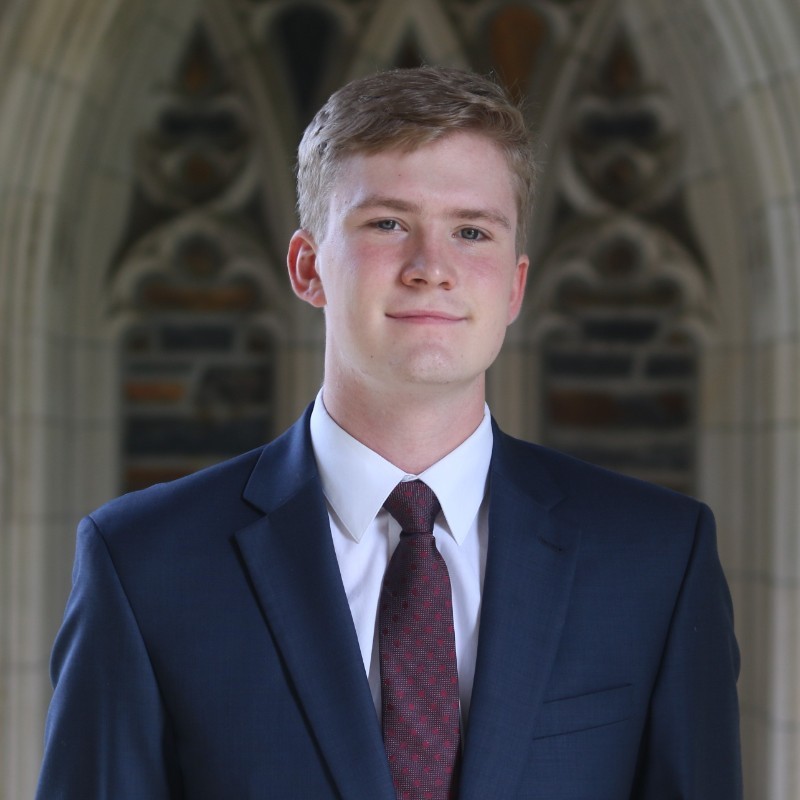 Alex Curry (21) is a current senior at Duke University studying Economics and Law & Governance History. Originally from Arizona, Alex spent most of his high school career competing in Speech and Debate, where he found his passion for politics and policy analysis. Since coming to Duke, Alex has stayed active in politics with various political projects and advocacy groups such as Swing NC Duke, Sunrise NC, and the Kids Voting Durham Initiative. Recently, Alex has begun working as a United Nations Volunteer in grant-writing and youth entrepreneurship initiatives. After graduating, Alex plans to work towards a career in International Development to improve lives and global opportunities.

Dylan Vergara is a High School Senior from Los Angeles, California. Before joining YIP, he was the Director of Community at Our National Conversation and the Executive Director of Civic Onward. He previously served as the Co-CEO of Unlock the Grid and has conducted quantitative research for educational gerrymandering. He has created a housing-first proposal to limit LA homelessness and is currently working on educational activism. Outside of politics, Dylan runs his Speech and Debate and Model United Nations clubs at his high school and helps Title I children through enrichment courses during his free time. Dylan hopes to gain an education focused on constitutional law and social entrepreneurship in the future. 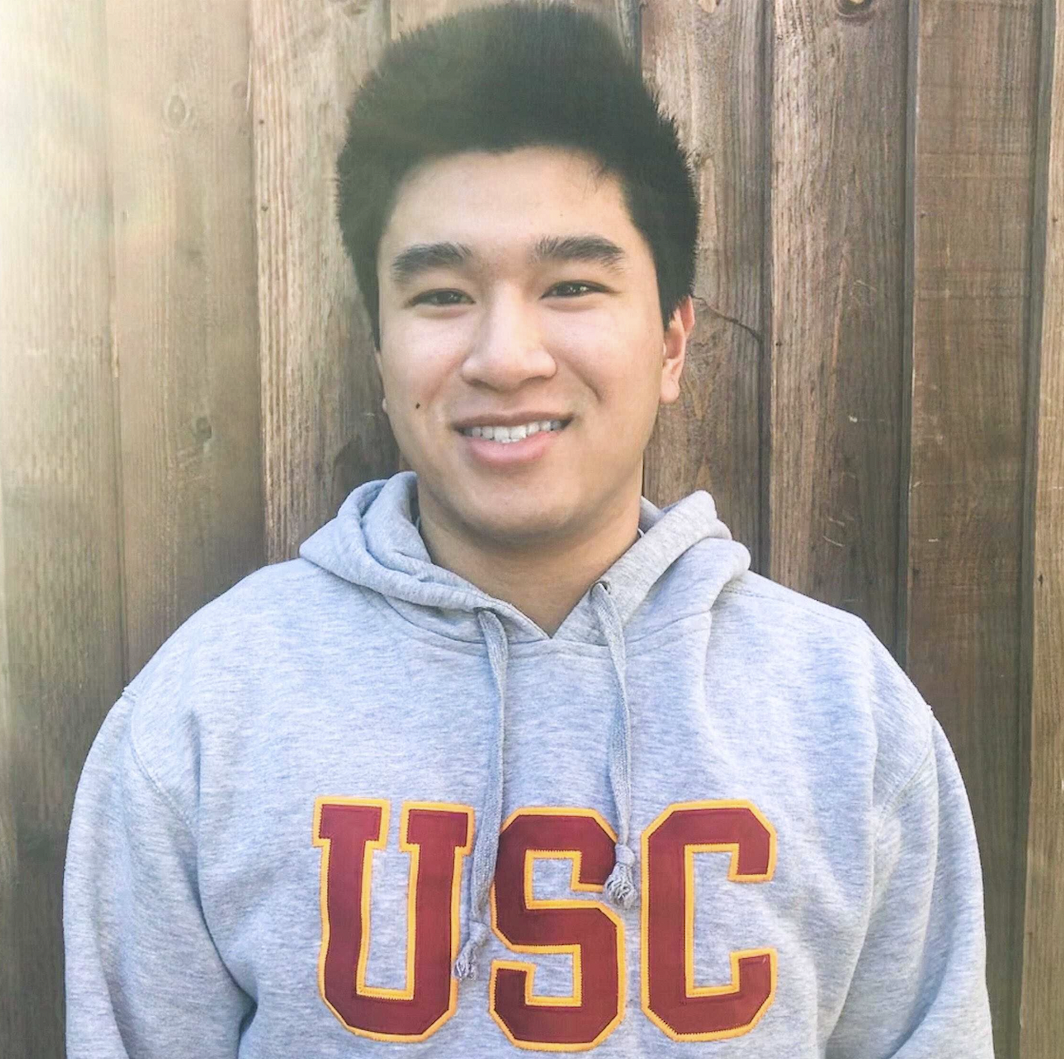 Brandon Tran is a sophomore at the University of Southern majoring in Political Science with a minor in Organizational Leadership and Management. He is a first-generation college student and a first-generation American, having immigrated to the United States from Vietnam as a child. Within politics, his primary area of interest is in studying and mitigating political polarization, which he hopes to do in his work with YIP. He is also a member of No Labels’ Youth Congress, where he works with other young political minds around the country to develop policy that could ultimately be presented to members of Congress in the Problem Solvers Caucus. In Brandon’s free time, he enjoys playing sports, watching movies, and writing. 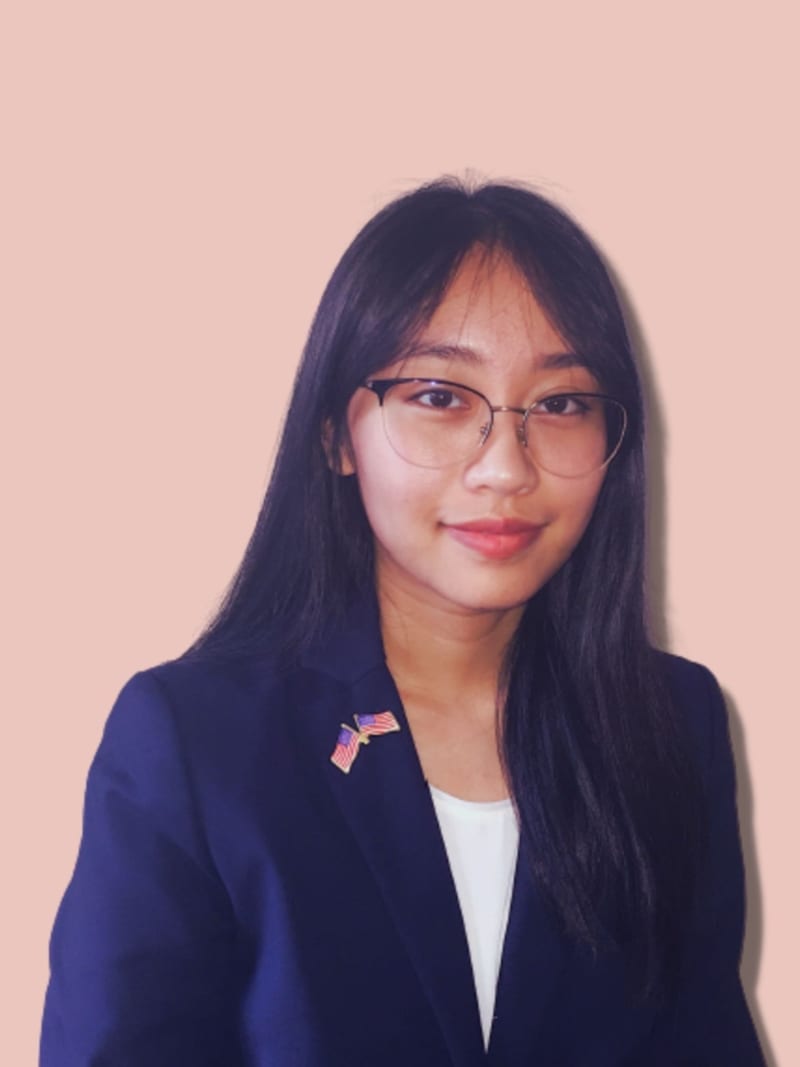 Camille Argarin (18) is an incoming freshman at the University of Georgia studying Accounting and Art History. In her passion for advocacy, she volunteered as a finance intern for Carolyn Bourdeaux (GA-7), a poll worker, and, most notably, the National Finance Director and Finance Committee Co-Chair for HSDA. Currently, she is working to publish a paper on alt-right extremism. In her path to becoming a corporate lawyer, she has participated in FBLA on the state and national levels as well as interning for a CPA firm. In her free time, she enjoys painting and collecting unique teas. 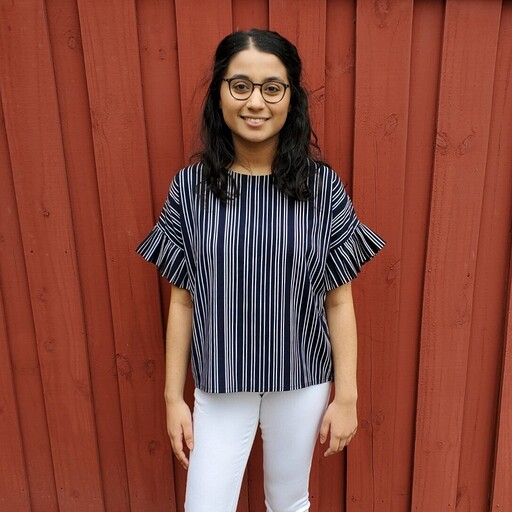 Kavya Venugopalan is currently a student at the University of Texas at Dallas studying Economics. She first became involved in the political sphere when she joined her local Youth Advisory Council in high school and was able to see how the local government affects the community. Continuing into college, she has participated in different political and advocacy organizations such as Women Pursuing Law, where she hosts a podcast Under Oath, and United Nations Girl Up, where she serves as the advocacy chair. Her career goal is to practice international law in order to resolve conflicts and promote peace globally. 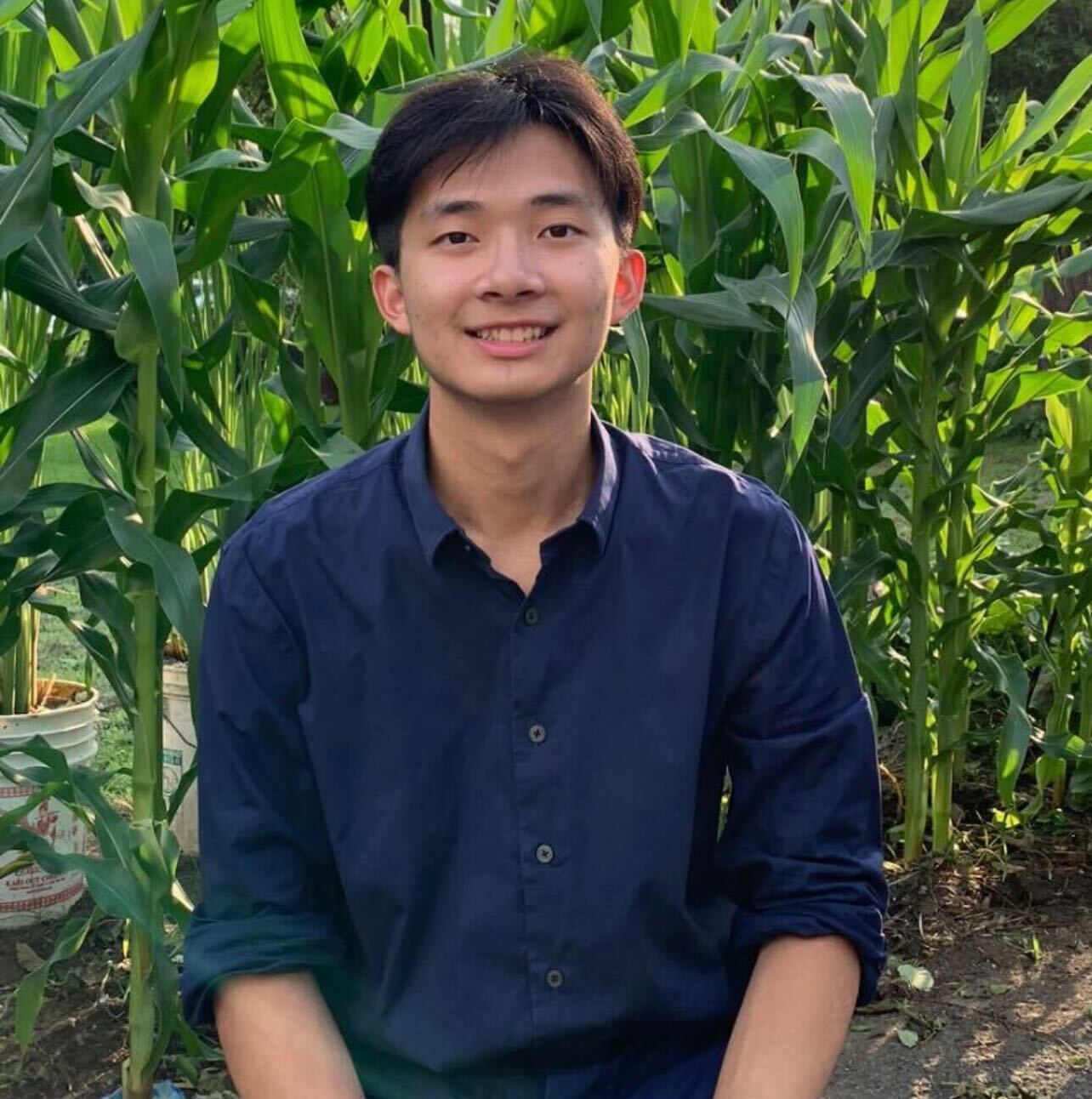