Going Nowhere Fast? Public Transportation in the US 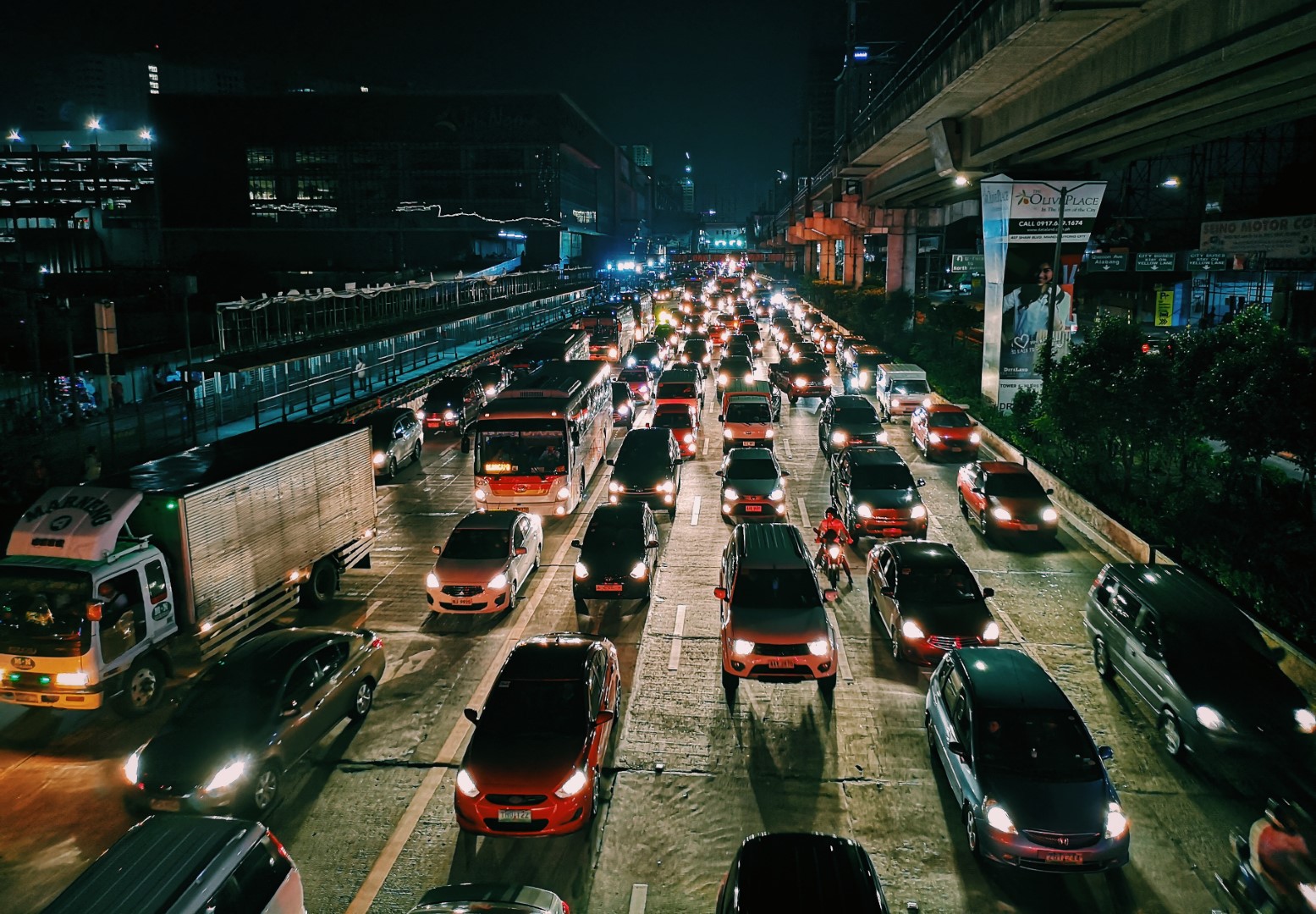 Public transport doesn’t grab many headlines, but it is a significant social policy issue. In many places it is underprovided relative to the actual level of demand, which accounts for environmental issues and community needs. Existing public transport often ends up reflecting or reinforcing socio-economic inequalities due to the way it is funded. Privatization is unlikely to be a good solution here, as in this industry markets tend not to yield the desirable outcomes. Governments, both local and federal, could help address the demand for cheap, clean, and high-quality public transport, through a mixture of direct interventions and subsidies or tax incentives.

Public transport in the U.S. is not a simple, single issue topic, rather it has many factors that make an impact. State and localities give the most funding to public transit, leaving federal funds to make up only 7.2% of the U.S.’s transit funding. This dependence on state and local funds creates inequalities by providing more funds for higher income areas and predominantly white communities. The main issue in the U.S.’ lack of public transportation ridership is not funding, but the car-based suburban sprawl that has developed since the 1950s.

In the U.S., the main form of transportation, specifically for commuting, is a single-occupant automobile. Meanwhile, older U.S. cities such as New York City, San Francisco and Chicago have the highest level of public transit ridership, cities that were developed without the car in mind.

The US’s problem with public transportation is not new. Public transportation usage in the U.S. declined rapidly between the years of 1950 and 1970. In 1956, when Congress enacted the Interstate Highway Act, which provided 90% of the cost of high speed autoroutes in the U.S., the population of cities decreased with the development of the suburbs, and public transit systems did not expand further than urban areas.  Before the COVID-19 pandemic, public transportation saw a 6-8% uptick in ridership, only to plummet 92% in cities such as New York City during the height of the COVID-19 outbreak and lockdowns.  ‍

Another attempt to renovate the U.S.’s public transit situation was the CARES Act, a stimulus bill that provided $25 billion for public transportation relief in March of 2020. While this act provided the funds to support essential workers and the increased cost of public transportation in the Covid-19 pandemic, it only provided enough money for smaller transit systems to operate for an extended period of time.

The  population at immediate risk from further reductions in public transport is the subset of the American population that uses public transit to get around. Any change in policy for public transportation will have a direct impact on their lives, as any change in these systems would create different kinds of challenges for the users of the system.

The recent spike in gas prices has also demonstrated another dimension to this problem. Fuel prices will continue to increase over the next few years, while electric cars will start to become more common, and in some places mandatory. However, with high fuel costs and the significant price of electric cars, many Americans will find their private methods of transportation squeezing their budget even more, requiring public transport as a cheap and reliable option to ease the burdens of the increased cost of living.

Emissions from private transport and aviation are high, and risk continuing or accelerating current environmental problems. Currently, the carbon emissions of using aviation is around 0.67 tonnes of CO2 per passenger, according to the calculator from the UN's civil aviation body, the International Civil Aviation Organization (ICAO). To put that in context, that number is equivalent to 11% of the annual emissions of one person in the United Kingdom. Aviation contributes to about 2% of the world’s carbon emissions, according to the International Air Transport Association. While many other sectors in the economy are shifting to a greener approach using different sources of renewable energy, the aviation industry will proportionally rise in emissions.

There is no easy fix to the emissions issue: replacing air transportation with high-speed rail, for example, will be expensive and, given the sheer size of the US, less time-efficient for individuals. But the technology to make aviation greener is not here yet. Debate should focus on which tools the government should apply to make long-distance high-speed travel more environmentally friendly. It will be easier to encourage the use of high-speed public transport to replace short-distance flights than it will be to replace cross-country flights, so policy discussions should begin there.

Increasing privatized public transport, whilst it might initially seem to be a plausible solution, comes with its own problems. Theoretically, this is a good solution because privatization  leads to competition, which would bring prices down and quality of services up. However, it can be hard to ensure that the private sector will provide services that align with what is socially desirable in an industry like public transport.

As noted above, some areas in which investment in public transport is most desperately needed are among the poorest, and therefore will be among the least profitable. Further, in many of these underprovided areas, the small number of passengers, low ability to pay, high fixed cost of building networks, and potentially high running costs will not allow profitability at competitive prices. This means that fewer and fewer firms will operate in these public transport markets, until what economists call a ‘natural monopoly’ will emerge. A natural monopoly must charge a price higher than what is considered ‘competitive’ in order to stay afloat.

However, this natural monopoly power means these firms are less responsive to consumer demands, as consumers have no alternative options and must use these firms’ services. In the case of public transport, this could mean that private firms prioritize increased profits over higher quality service, since they will not be punished by the market for doing so. This will be to the detriment of consumers, reducing the quality and frequency of their services, and increasing the price.

In this case, ensuring services remain competitive in the absence of competition requires that they are provided by an entity whose preferences align with what the community needs - government, the more local, the better. And, even if natural monopolies don’t follow privatization in some areas of the country, in industries like public transport, semi-competitive markets’ priorities may not align with what is socially optimal, leading to restricted access or overcharging. Of course, efficiency is desirable, so in the absence of competition, government should be sure to consider value-for-money alongside more altruistic incentives of accessibility for all.

Although receiving some federal funding, most public transportation still relies heavily on money from passengers to maintain facilities. But during the COVID-19 pandemic, public transit numbers plummeted and services were cut. To combat this, Congress’ relief acts granted almost $70 billion for public transportation companies .The 2021 Infrastructure for Rebuilding America (INFRA) Grant Program structured under the Biden-Harris administration awarded over $900 million to 18 states, with special focus on funding rural areas to improve transportation.

The 2021 American Jobs Plan, another proposal under the Biden-Harris administration, aims to spend $85 billion over eight years on the modernization and construction of public transportation, especially in rural communities. In addition, $80 billion has also been allocated to improve and expand rail infrastructure and networks. This should go some way toward alleviating some of the issues discussed in this brief, though the problems with centralization and public provision highlighted should remain at the forefront of policymakers’ minds.

There is a strong case for increased government provision of public transportation in the US. The arguments outlined in this brief for it can be summarized in several distinct points.

First, the existing model reinforces socio-economic inequalities by requiring states and districts to fund most of their own services. Centralized, federal funds would go some way towards eliminating these differentials, and help ensure poorer areas don’t fall further behind.

Second, costs of private transportation will remain high and may even increase in the short to medium-run. Electric cars are still unaffordable and infeasible options for many, and recent years and events have shown the price of fuel is volatile and increasing. This will further squeeze the budgets of the people already bearing the brunt of rising costs of living. Public transportation should be available as a viable, cheaper alternative.

Third, environmental problems will require a shift away from individual private transport and airlines, into mass public transportation and improved long-distance railways lines with lower emissions per person. The market may shift to internalize these external environmental costs, but it will likely not adjust as quickly as is necessary. However, some interventions are very unlikely to work. For example, short flights could be replaced with high-speed rail, but this is much less likely to be viable for cross country flights.

Finally, private provision is unlikely to be the answer to this demand. Public transportation is a classic example of a natural monopoly, giving enormous potential to firms to prioritize profit over service, at the expense of the consumer. To ensure quality of service is prioritized, public transportation should be public. As always, though, steps should be taken to ensure public provision is demand-sensitive and efficient.