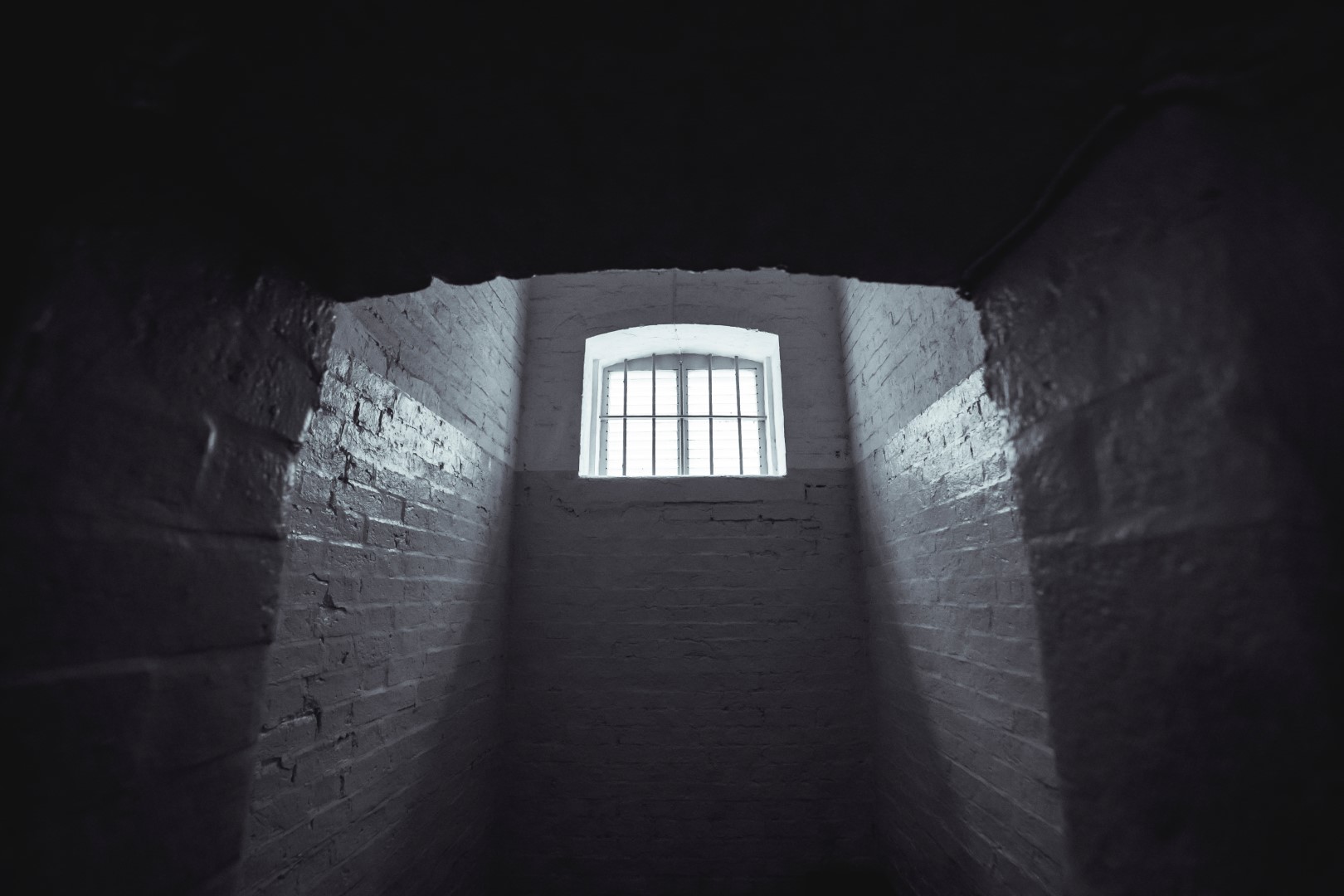 Mass incarceration has been a part of the United States for decades. However, incarceration increased under President Lyndon Johnson in 1968, and has not significantly decreased since then. This requires the government to spend hundreds of thousands of taxpayer dollars to house inmates and creates unsafe conditions in prisons. Various elected officials and advocacy groups have proposed alternatives to mass incarceration, but none of these options have been successfully adopted yet.

The U.S. makes up 5% of the global population, but more than 20% of the world’s prison population, leading the world in incarceration rates. This costs taxpayers at least $80 billion per year. The rise of mass incarceration in the U.S. is driven by such factors as mandatory minimum sentences, exorbitant bail, and the three strikes law. Each of these laws makes it significantly harder for incarcerated people to leave the system and increases the number of inmates in any given prison substantially.

The Omnibus Crime Control and Safe Streets Act of 1968 was enacted under President Lyndon B. Johnson and was the start of the federal government delegating money to state law enforcement to influence the nation’s criminal justice system. Criminal justice policies under President Nixon  were then designed as part of the ‘war on drugs’ and were meant to be tougher on crime, consequently starting the massive increase of incarceration in the United States. These policies were maintained and strengthened by successive Presidents Reagan, Bush, and Clinton.

They were most notably amplified by Clinton in his 1994 crime bill, the Violent Crime Control and Law Enforcement Act of 1994. This allowed for states to pass laws to significantly lengthen prison sentences and funded state law enforcement programs, disproportionately affecting communities of color in the process.

To combat the 1994 crime bill, The Reverse Mass Incarceration Act was proposed in 2019 by the Brennan Center for Justice and introduced by Sen. Cory Booker of New Jersey and Richard Blumenthal of Connecticut. This act sought to reduce state prison populations by seven percent over a three-year period, encouraging prison reform through state laws and aiming for a 20 percent decrease in the prison population nationwide.

However, it never went to a vote. Some other policies that seek to reduce the U.S.'s prison population aim to reduce penalties for drug use, particularly for marijuana, which is now legal in many states. Another example is the First Step Act, enacted by President Trump in late 2018.

There are also some very prominent and concerning inequalities in the US prison population. Black and Latino populations face disproportionately large incarceration rates: one in every three black men and one in every six Latino men will go to prison in their lifetime. This has intergenerational consequences too, as younger minority populations grow up with many parents incarcerated and therefore absent.

Incarceration is also closely linked to poverty and homelessness, with evidence suggesting poverty increases likelihood of arrest threefold and increases the likelihood of a harsh sentence. Regardless of the direction of causality here, it is clear that socially disadvantaged groups are more likely to suffer imprisonment, which serves to compound their social and economic disadvantage.

As populations in prisons around the United States increase, overcrowding within prisons and a lack of funding towards prisoners remain prevalent setbacks. Since 1970, prison populations have increased by 500% and populations in local jails of individuals awaiting trial increased in the second half of 2020. Around 13.6 billion dollars—more than half of local jails’ budgets throughout the United States—was spent detaining individuals that were not yet convicted of a crime.

Before the pandemic, nine state prison systems were operating above 100% capacity due to overcrowding. Even during the pandemic overcrowding is prevalent, with only Maine’s prisoner population below 50% capacity. Prison overcrowding results in increased risk of conflict, lack of basic necessities like beds for prisoners, and lack of ability to provide healthcare for incarcerated individuals.

Mass incarceration leads to degrading conditions for prisoners and heightens risk of injury. Yet private prisons have purportedly lobbied to continue mass incarceration, despite holding less than 8% of all prisoners. Public prisons use private contractors to generate revenue from the families of incarcerated individuals, in some cases charging $1 a minute for phone calls. The Prison Policy Initiative argues that, through the private bail industry, they also prevent passage of “bail reforms that would allow poor, unconvicted people” who are nonviolent and pose no safety threat to wait for their trial outside of jail.

Currently, the prison system doesn’t have the resources to help these individuals. An alternative sentencing option to incarceration would be to provide treatment for those on substance abuse charges, rather than jail time. This method is becoming more prevalent in drug and Mental Health Courts. These alternatives move offenders away from prisons and instead make it mandatory to participate in treatment programs.

This alternative option is the likeliest to work out of all the possibilities. It has previously worked in other places, such as the California prison system. They implemented the idea of sending people to treatment, and it resulted in the state saving $18 million a year and reduced recidivism (the likelihood of reoffending) by 85%. However, because it has not been tried for crimes beyond mental health crises and drug abuse, the efficacy of broad treatment programs is unknown.

Another alternative to incarceration is the expansion  of affordable housing. Criminalization of the homeless has created a cycle of incarceration and reincarceration. When people are homeless, they are more likely to be arrested for other crimes, and those already incarcerated will most likely face homelessness. Breaking this cycle would reduce the prison population and enable these individuals to productively re-enter society. Police interactions and arrests within the homeless population also cost the taxpayer.

For example, in Los Angeles 2014-2015, police dealings with unhoused people cost around 71 million dollars. As an alternative to incarceration for the homeless and to break the aforementioned cycle, affordable housing policies and different sentencing options have been proposed. Some programs currently exist, such as Housing First, which moves the homeless straight into housing, rather than through various levels of shelters.

Another alternative already being implemented by Judges across the US is the more liberal use of probation. It reduces the costs associated with incarceration and allows individuals to remain in the community. However, even though probation helps slow the incarceration rate, it is not the best long-term solution to mass incarceration. This is because offenders require exceptional support throughout probation so as to not violate their terms and risk rearrest.

A final alternative to imprisonment is non-prison punishment, such as fines and community service. Offenders are sentenced to give either monetary or time compensations instead of serving jail time. These types of punishment can serve as retribution for community and social offenses.

This alternative is only available for certain offenses, and often acts as a condition of probation instead of a sole sentence. Fines and community service sentences are not as expensive as imprisonment, but are not frequently used as the main element in a sentence. This is because they are not as likely to be complemented by community-based support to help reintegrate offenders and encourage their better social functioning.

This is an area in which future legislation may be helpful - increasing the viability and utility of community service sentencing. Additionally, the use of fines is not appropriate in many cases. Fines may not be payable for poorer offenders, whilst they may not serve as effective deterrents for the better-off. If those who cannot pay face prison time instead, the widespread use of fines would only serve to increase the significant inequality in the US prison population.

The US has more incarcerated citizens per capita than any other country in the world.  Prison sentences may  seem like the easy way out, locking offenders away from, and out of, society. But there are substantial costs to this approach, both financially and socially. The incarceration paradigm leads to prisons being overcrowded and expensive. The current system also perpetuates, if not exacerbates, existing patterns of socio-economic inequality, contributing to a cycle of poverty and crime.

Expanding the current system is not the answer - reform is necessary to properly address issues of cost, overcrowding, reoffending, and equality. This reform will need to occur inside and outside the justice system, tackling the causes of crime, as well as incidences of it.

When addressing the problem of mass incarceration in the US, it is worth considering what the aims of our justice system should be, and the value we place on the role of justice in our society. For many offenses, prison is simply not the most effective approach - a different approach is required to break harmful cycles and build a better, stronger society. A rehabilitative system faces two distinct challenges and thus is still a way off from becoming a reality in the US.

The first challenge is the practical problems of reforming an entrenched incarceration system. However, options are available to alleviate the problem of mass incarceration. For example, removing harsh sentencing laws and extending the use of conditional probation can keep the prison population down. It is essential that this be complemented by measures to minimize the likelihood of reoffending - measures such as affordable housing and treatment programs.

The second challenge is societal. Properly reforming the justice system to end mass incarceration requires us to ask what we perceive the goal of punishment to be, and how far we are willing to go to improve it.