Monetary Solutions for Inflation after COVID-19 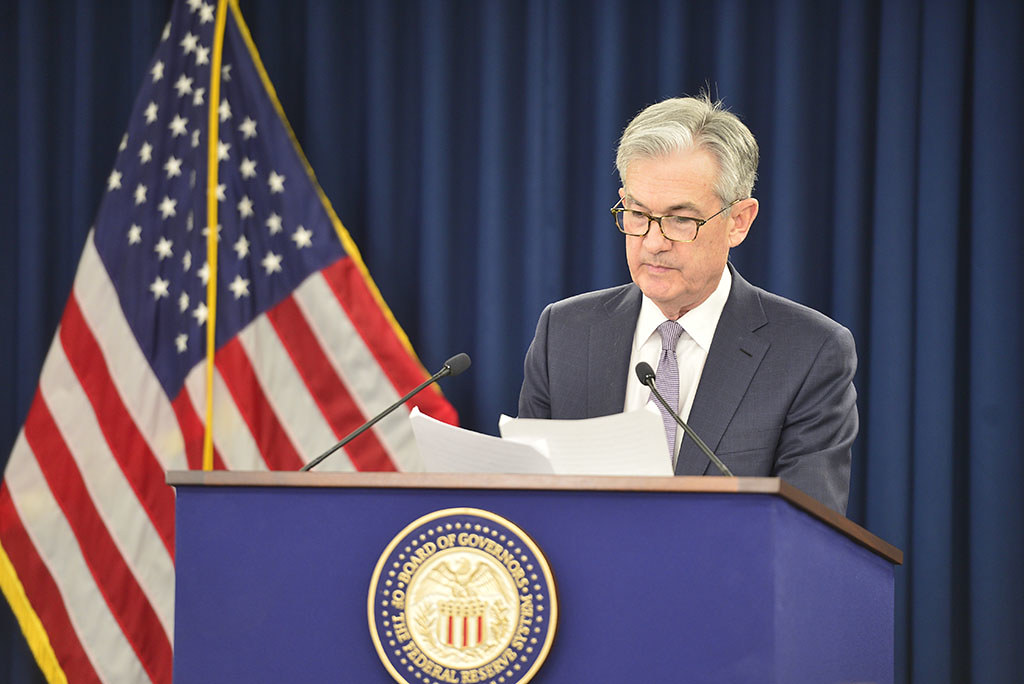 Given that the recent increase in inflation has impacted the U.S. economy in unprecedented ways, the Federal Reserve’s (Fed) response has become increasingly imperative. Namely, the contractionary monetary prescription—which the Fed has supplemented with quantitative tapering—is of critical importance in regards to the future of the U.S. economy. As such, this brief will address imperative issues with the Fed’s actions in regards to tapering, and recommend certain policies that can aid the Fed to reduce the supply of the circulating medium.

In November of 2021, the Federal Reserve began to taper which translates to gradual reduction in asset purchases in order to maintain economic stimulus at a more sustainable pace. It is a question as to if the Fed should taper, contract, or engage in different practices.

During the spring of 2020, when the economy nearly came to a standstill as a result of COVID-19 lockdowns, the Fed accelerated asset purchases thus reducing interest rates in order to stimulate the economy. In November 2021, the Fed believed they met their goals of “maximum employment” and “price stability.” After spending $120 billion per month on U.S. government bonds and mortgage-backed securities (MBS)—totaling to about $4 trillion by November the same year—the Fed began to taper. The taper is relevant since from December of 2020 to December of 2021, the CPI metric of inflation grew from 1.4% to 7%. The drastic increase in inflation is worrying and thus presents the question of whether or not the Fed should slow down quantitative easing.

Currently, the pandemic has begun to surge in regards to the spike in cases due to Omicron. In January, there was an average of over 250,000 cases per day. As such, a rise in cases raised the question of returning lockdowns. If the U.S. economy were to shut down again, QE may be necessary for recovery—thus, engaging in tapering would be counterintuitive. On top of this, the resurgence has resulted in worker shortages and other supply-chain issues, leading many to call for QE stimulus efforts. Altogether, the recent surge of COVID-19 indicates that the Federal Reserve authorities ought to take into consideration the efficacy of tapering to ensure economic sustainability.

Inflation in the status quo has impacted constituents in multiple industries. From everyday consumers to supply chain directors who maintain the logistical needs of both consumers and suppliers, inflation has bid up prices to increasingly unsustainable levels. As a result, discussing and evaluating certain policies to fix the current inflation levels is critical.

However, no one group of stakeholders has been impacted by inflation and the Fed’s actions towards tapering more than investors. Specifically, the stock and bond markets have experienced polarizing swings recently due to inflationary pressures. During such periods, stocks have traditionally been more volatile—the past two quarters seem to confirm this correlation.

In addition, the Fed’s policy towards raising rates has exponentially increased demand for U.S. Treasury Bonds while lowering demands for zero revenue, innovative stocks. As a result, Wall Street and investors have been major stakeholders in the current developments of the economy. Since debt becomes more expensive as interest rates rise, financial institutions and consumers will be incentivized to pay off loans, thus deflating the money supply.

Had the Fed monetary authorities not begun tapering, the rise of inflation would continue to harm consumers, with low-income earners being hit the hardest, as new money made its way through the banking system. Maintaining that is unlikely, causing those who rely on the minimum wage and low-income-earners to suffer most as purchasing power is eroded. In addition, curtailing inflation becomes progressively difficult as the rate accelerates.

The projected increase in interest rates and stimulus reductions has led to a slowdown of economic activity in anticipation due to the higher cost of borrowing, therefore resulting in higher short run unemployment. Though it is important to note that a number of economists—i.e., Murray N. Rothbard—point to such a harsh reality as an integral part of recovery.

Most Americans and economists agree that the rise in prices seen in the past year call for decisive policy action in order to return to “equilibrium” and restore purchasing power. The economic arguments fall into two broad categories, the Keynesian and Austrian Schools. In order to close an inflationary gap, the Keynesians argue that governments ought to increase spending or cut taxes and for central banks to expand credit—as seen in the CARES Act and President Biden’s American Rescue Plan.

However, the Austrian School argues that falling wages and increased unemployment are the necessary cure to restore economic sustainability and growth. As such, the Fed would be encouraged to taper and in fact contract credit, deflating the money supply thus raising interest rates to aid immediate consumption—such as groceries and other necessities hit hardest by inflation.

Quantitative tapering does not translate to credit contraction. Instead, it is the gradual reduction of asset purchases. As long as this continues, the Fed’s balance sheet will continue to grow despite the Federal Open Market Committee’s (FOMC) stated goals on its reduction. With the Omicron variant, there remains a possibility that certain states will return into lockdown—the efficacy of which is beyond the scope of this brief. As such, some economists argue that the economy will require more stimulus through fiscal and monetary policy. In that case, the Federal Reserve would most likely push interest rates lower through open-market operations.

Of all the policy options laid on the table for the Fed, the most likely policy is to continue tapering the economy towards contractionary levels. In the most recent press conference, FOMC chairman Jerome Powell asserted that the Fed anticipates pushing interest rates higher to accommodate inflationary pressures. Given Powell and other major economists asserting that the Fed is facing unprecedented levels of tapering in 2022, this policy option is the most likely.

Accordingly, one of the benefits of this is the fact that the Fed has immense influence over prices. Conversely, questions and doubts regarding this policy option arise given the uncertainty of COVID-19. As the Fed will act on precedents, the pandemic and inflation levels have the potential to lead the monetary authorities to deviate from what has been its policy in the past—credit expansion.

The taper question only arises when we allow the Federal Reserve to pump money into the economy at high rates for the sake of “stimulating demand”. In 2020, despite near-zero interest rates, the federal government spent $345 billion in net interest payments. The announced rate hikes indicate that these payments could increase to well over $750 billion into 2022. This policy option may not solve the current problem immediately, but will prevent rampant inflation and worsened recessions in the future. However, the risks involve increased unemployment and stagnating production in the short run. Moreover, the Congress can impose less on the economy and rather elect to allow entrepreneurs to readjust to fluctuating market conditions and for recessions to decrease in magnitude and frequency.

It is our recommendation that tapering be continued for the sake of reducing already existing quantitative easing. However, after said assets purchases have been slowed enough, it is suggested that the Federal Reserve allow credit to contract and the Congress to run a balanced budget. The COVID-19 pandemic provides a unique case in that the Fed had no real choice but to engage in quantitative easing as state governments issued lockdowns, leading to artificial supply-chain issues and unemployment. Still, in a majority of cases, economic stimulus only prolongs business cycles as it creates a large credit boom resulting in an equal, or larger, in magnitude bust. The Fed ought to allow natural market processes to play out in which competition ensures equilibrium in the absence of rapid credit expansion and persistent inflation.