Right to Privacy vs. Right to Life: the Fight over Abortion Laws 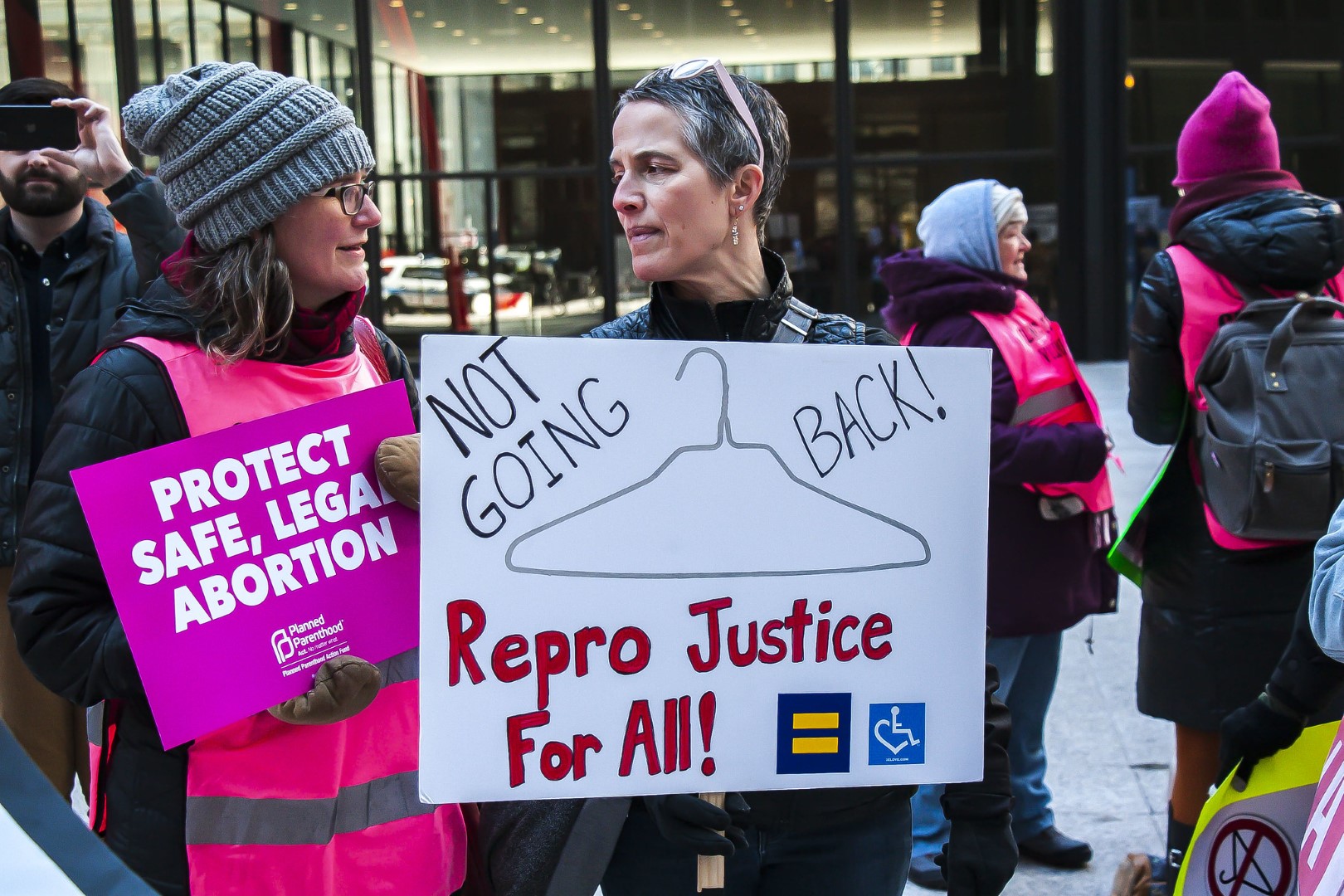 Since Roe v. Wade in 1973, abortion has remained a contentious topic for citizens and policymakers alike. Texas and Mississippi have both recently passed laws placing limits on the rights of women to obtain an abortion. The constitutionality of both bills has been called into question, especially after the Supreme Court agreed to rule on the Mississippi law a few months ago, and the Texas law more recently. These Supreme Court cases have the potential to overturn Roe v. Wade and trigger dozens of highly restrictive “tigger” laws all across the country. Despite being the less restrictive of the two laws, it is also possible for the Supreme Court to overturn Mississippi’s abortion law while not impacting Texas’. Because of the personal impact these laws have for so many people, it is important to understand similarities and differences between the bills.

The Texas abortion law, Senate Bill 8, went into effect on September 1, 2021. The most restrictive in the country, the law prevents abortions once cardiac activity has been detected in the embryo, usually occurring around six weeks into a pregnancy. Unlike other legislation, the state does not regulate Senate Bill 8, leaving it to the citizens to enforce it. Since the law was enacted, many Texas residents with the financial ability to do so have traveled to other states to have an abortion performed, or have used dangerous methods to terminate their pregnancy.

The Mississippi abortion law that will be heard by the Supreme Court makes most abortions illegal after 15 weeks of pregnancy, two months earlier than what Roe v. Wade ruled in 1973. Mississippi is expected to argue that Roe v. Wade should be overturned, and that abortion is not a constitutionally-protected right. Roe v. Wade, citing the constitutional right to privacy, gave people the right to access abortion in the United States. Since then, the Supreme Court has addressed abortion in other cases such as Planned Parenthood vs. Casey and Whole Woman's Health v. Hellerstedt, revisiting Roe v. Wade as a checkpoint for further legislation.‍

A major argument for the pro-life movement is that an unborn is a human being and that all humans have rights, while the pro-choice movement argues that making abortion illegal won't stop abortions from happening and that everyone has the right to decide when and whether to have children.

Since Roe v. Wade ruled that women have a constitutional right to abortions, abortions have been accessible up to the point of “fetal viability,” which comes around 22-24 weeks into a pregnancy. However, in the past few years several states have passed laws limiting abortion rights, contra Roe’s ruling. Two of these states are Mississippi and Texas. Mississippi’s 2018 law bans abortions beyond 15 weeks. Texas’ 2021 law, known as the “Heartbeat Act,” bans abortions from around 6 weeks, before the misleadingly termed “fetal heartbeat” can be detected. This is often before a woman knows she is pregnant.

Laws limiting abortions before the third trimester contest Roe and its later amendments, so the constitutionality of those laws is subject to challenge -- both Texas’ and Mississippi’s laws will be considered by the Supreme Court in the near future. In the absence of Supreme Court decisions, though, these laws will have significant effects on the people of Texas and Mississippi. Most obviously, they restrict the access of women to safe, legal, in-state abortions, forcing them to either carry unwanted pregnancies to term and beyond, or travel out of state (in Texas, this involves traveling an estimated 250 miles on average).

Where these two options are unavailable, as is often the case with abortion restricting laws, many will be forced to seek illegal, unsafe abortions instead. These women are most likely to be poorer, with fewer resources and fewer options, which has led many to question not just the constitutionality but the fairness of such pro-life laws. Mississippi’s law never went into effect, as it was blocked by a federal legal challenge immediately after being passed in 2018, but if it became effective it would have similar consequences.

Texas’ “Heartbeat Act” does not just affect women seeking abortions, though; it entitles any private citizen to sue any person they believe to be or have been involved in the now-illegal termination of a pregnancy. Doctors, friends, and family members can all now face a minimum of $10,000 in statutory damages. In incentivizing private action, and by forbidding government officials to impose the ban, the act is hard to challenge, as no single entity is responsible for enforcement. The most concerning problem created by these laws, though, is that they jeopardize the Roe v. Wade ruling itself.

‍Mississippi, in its referral of its case to the Supreme Court, has requested for the court to consider overturning Roe and all subsequent pro-life rulings. If the court approved this request, Roe would no longer stand, and abortion would become a state issue. This would lead to women across the country facing similar restrictions to those in Texas. Since the passing of Justice Ginsburg, conservative Supreme Court judges outnumber liberal 6-3, which makes such an overturning likely. ‍

An initial similarity between the two laws is that they both enforce a partial-birth abortion ban.  What this means is that the fetus is intact in the mother’s body and then is removed entirely from the body. The fetus is also removed intact. They also both require the abortion to be done by a licensed physician as stated in their TRAP laws(Targeted Regulation of Abortion Providers). They also both are setting a limit on the weeks in which the fetus can be aborted. They justify their decisions through the discussion of how the fetus is truly alive now. In Texas, they believe that the heartbeat is when life begins while in Mississippi they believe that the first 15-20 weeks is when crucial physiological changes have occurred in the body of the fetus.‍

The laws in both Mississippi and Texas are a result of continuous years of pushing through the boundaries of the Roe v. Wade ruling. Through many decades the conservative state legislature has attempted to push through the boundaries of Roe v. Wade. However, the supreme court has always struck down these types of laws that try to increase regulations of abortion providers and shorten the timeframe for abortions.

In Texas, their law states that abortion is banned when cardiac activity can be sensed in the embryo. This is because at this moment there would be no heart. Instead. one would sense the electrical signals of the child. In Texas, people are empowered to take legal action in civil court against people who perform abortions or aide them. The state does not enforce the law, making it difficult to challenge the law in court.

This effectively means that the vast majority of abortions have been banned in Texas. On the other hand, the law in Mississippi is enforced by the state rather than the citizens. There is a government entity responsible for the enforcement of the law.

The Mississippi abortion law also states that most abortions are illegal after 15 weeks. The law states “The law bans abortions if ‘the probable gestational age of the unborn human’ is determined to be more than 15 weeks, with narrow exceptions for medical emergencies or “a severe fetal abnormality.” This is because the state claims that the fetus has most likely had many physiological changes so aborting the child would be dangerous for the mother.

Given the litigation and unpredictability surrounding a women’s right to an abortion, codifying the accessibility and right to an abortion has newfound importance. Should Roe v. Wade be overturned, power would return to the legislature to determine abortion restrictions. Should Roe v. Wade be overturned, 21 states which have already implemented trigger bans, Pre-Roe unenforced bans, and 6-week bans which would be solidified into law. Federal and state legislation will become necessary to protect access to abortion.

‍The Women’s Health Protection Act, which passed the House on September 24th, protects both the abortion provider and a person’s right to choose to terminate a pregnancy. The act defends health care providers which perform abortions from TRAP laws and ensures equal access to abortions regardless of socio-economic status. The Women’s Health Protection Act also solidifies and strengthens provisions solidified in Roe v. Wade into federal law, removing dependency on Supreme Court decisions on both the Mississippi and Texas cases for protection from an unfavorable decision.

Either case contains relevance to the basic constitutional right to privacy under the 4th amendment. Roe v. Wade and Planned Parenthood were ruled on the doctrine of privacy under the 4th amendment. In the most recent abortion case brought to the Supreme Court from Louisiana, Justice Robert - a key vote in the upcoming case decisions - voted to strike down the anti-abortion law based on “stare decisis” or precedent set by previous rulings. Based on that opinion, litigation should be focused on restating 4th amendment relevance in the Mississippi case. The same is true for the Texas case, since the bounty system enforcement adds an additional dimension to the 4th amendment privacy violations.