The Opioid Crisis: An Unprecedented Epidemic 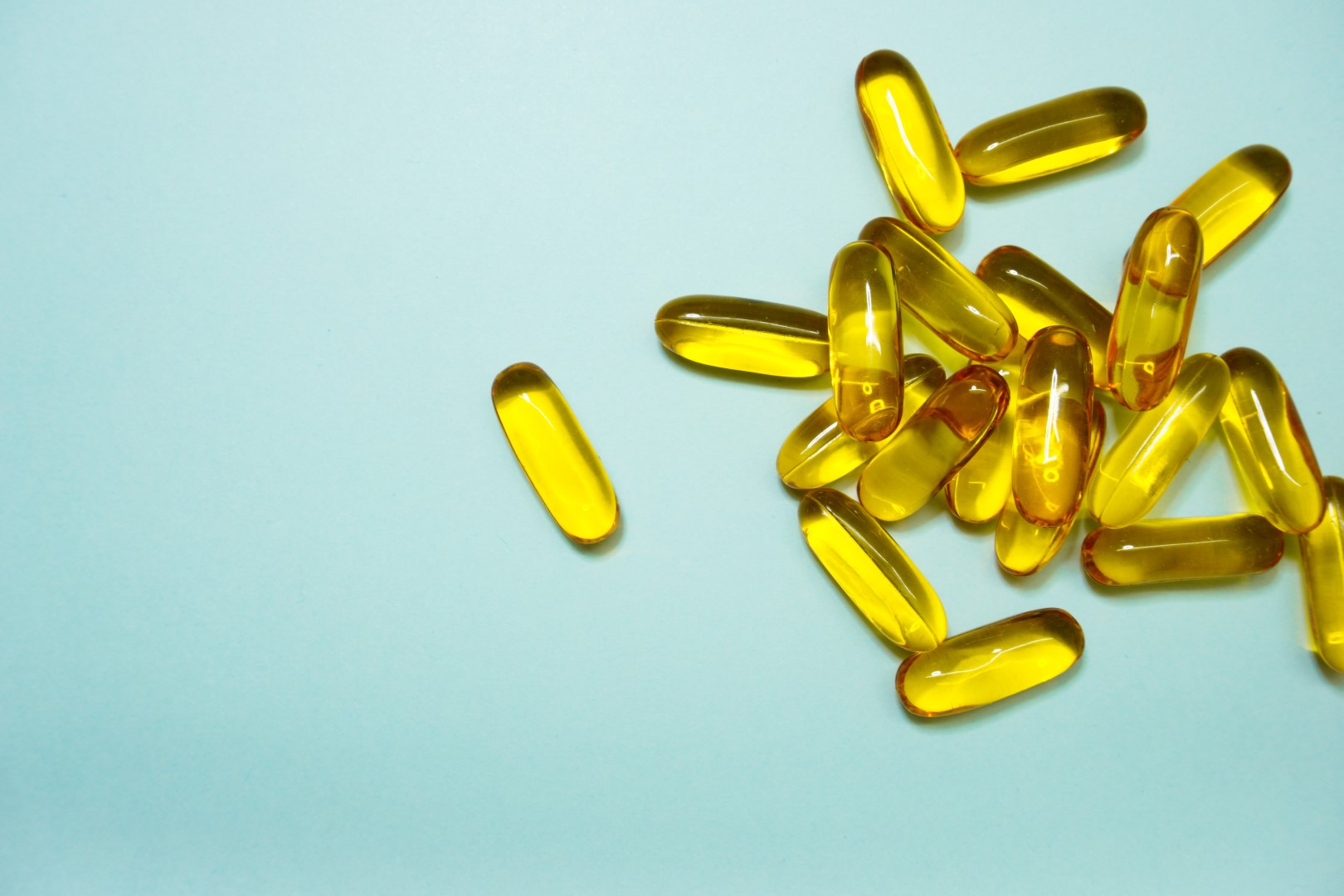 In the late 1990s, pharmaceutical companies assured the public that individuals would not become addicted to opioid pain relievers, and healthcare providers began to prescribe them at an increased rate. It soon became clear that these companies were misleading the public—misuse of these drugs had become a serious issue and was declared a public health emergency in 2017. In this brief, we will discuss the opioid epidemic in depth, including its beginning, its effects on public health, and its relation to COVID-19.

Opioids are a family of laced drugs that include both illegal drugs like heroin, legal painkiller medications like oxycodone (OxyContin®), hydrocodone (Vicodin®), codeine, and morphine, and synthetic drugs like fentanyl. It is important to note that although opioids relieve pain, they are not categorized with more mainstream over-the-counter painkiller medications like aspirin and Tylenol.

Opioids bind to specific receptors called opioid receptors in the human nervous system and can be addictive as they not only relieve pain, but provide a sensation of euphoria as well. While some opioids are prescribed by doctors for pain relief in serious circumstances, regular use can lead to addiction and dependence. As a result of regular use, many individuals have experienced overdoses that led to their death. Fortunately, medications like naloxone can reverse an opioid overdose when administered immediately; however, it is not an entirely foolproof solution.

The opioid crisis has its roots in the 1990s when healthcare providers began to prescribe opioid painkillers at higher rates to patients, which was in part due to the reassurance from pharmaceutical companies regarding the safety and efficacy of opioid painkillers. As a result of the increased use and circulation of opioid medications, misuse has become more common. In the past year alone, 1.6 million people in the United States had an opioid use disorder, 745,000 people used heroin, 2 million people used methamphetamine, and 10.1 million people misused prescription opioids. This increase in misuse has resulted in what we call the opioid epidemic.

Historically, there have been three major waves of opioid overdose deaths in the late 20th century and the early 2000s. Throughout this time, prescription and illicit opioid overdoses have claimed the lives of nearly 500,000 people.

The COVID-19 pandemic has worsened the opioid crisis by accelerating the rate of opioid-related deaths. The Centers for Disease Control and Prevention (CDC) recorded over 81,000 drug overdose deaths occurring in the US in the 12 months ending in May 2020, which was the highest number of overdose deaths ever recorded in a 12-month period. Due to the disruption that COVID-19 has caused in peoples’ daily lives, the circulation of synthetic opioids in particular has gained considerable traction.

Synthetic opioids (primarily fentanyl) appeared to be the primary driver of the increases in overdose deaths, increasing 38.4 percent throughout the aforementioned 12-month period compared to the year before. The CDC has worked to combat the manufacture and widespread distribution of synthetic opioids during COVID-19 by promoting education and expanding distribution of naloxone and other preventative medications, as well as improving both diagnosis and early intervention resources for individuals with a high risk of developing substance use disorders.

Congress has been working on legislation to combat the opioid epidemic. In October 2018, Congress passed the SUPPORT for Patients and Communities Act (HR 6). This bipartisan law included several provisions to combat the opioid crisis by advancing treatment and recovery initiatives, improving prevention, protecting communities from synthetic drug distribution, and bolstering efforts to fight deadly illicit synthetic drugs like fentanyl. The following provisions were included:

The Florida Department of Children and Families established the Florida’s State Opioid Response Project, which provides a comprehensive array of evidence-based prevention, medication-assisted treatment (MAT), and recovery support services to address the opioid epidemic, focusing primarily on the distribution of naloxone (Narcan). Likewise, the California MAT Expansion Project focuses on providing MAT to populations with limited or no MAT access, including rural areas and American Indian/Native Alaskan tribes.

In the United States, approximately 50,000 people died from opioid-related overdoses in 2019. Opioid abuse and addiction, which includes prescription pain medications, heroin, and synthetic opioids like fentanyl, is a severe national epidemic that has a negative impact on public health as well as social and economic well-being. The Centers for Disease Control and Prevention have reported that the Opioid Epidemic has impacted adults between ages 25-54 the most.

Opioids can cause respiratory problems as a result of their pharmacological effects, and an opioid overdose can result in death. Drug use is responsible for roughly 500,000 fatalities worldwide. More than 70% of these deaths are caused by opioids, with overdose accounting for more than 30% of those deaths.

FAIR Health's research, The Opioid Crisis Among the Privately Insured, detailed the epidemic's impact on healthcare services, citing a 3,203 percent increase in claim lines with an opioid dependency diagnosis from 2007 to 2014. The number of opioid-related emergency room visits and inpatient stays has increased considerably, as have the number of dangerous infections caused by opioid use, such as endocarditis and hepatitis C. Total hospital expenditures associated with opiate overdoses are projected to exceed $2 billion per year.

The number of opioid overdoses has risen in various nations in recent years, owing in part to increased use of opioids for chronic pain management and the growing availability of very strong opioids on the illegal drug market. In the U.S., the number of persons dying from opioid overdose grew by 120 percent between 2010 and 2018, with synthetic opioids, such as fentanyl and its analogues, accounting for two-thirds of opioid-related overdose deaths in 2018.

The treatment of opioid use disorder is predicted to become more difficult if the COVID-19 pandemic continues. Existing patients may not adhere to treatment and may relapse if their stress levels rise, and physician monitoring and drug programs may be undermined as clinics and physician practices struggle to meet patient demands.

Opioid treatment centers were not eligible for any of the $50 billion in cash set aside for Medicare providers when lawmakers approved the Coronavirus Aid, Relief, and Economic Security (CARES) Act in March. As a result, the employees at these critical centers—often underfunded and understaffed—became ill or left to care for loved ones.

Furthermore, job loss and illness have increased the likelihood of relapse and death among people already at risk of opioid addiction. A patient's ability to obtain a prescription for addiction-management medicines is a major issue. Many clinics, understandably, only give their patients one pill per day, but as the pandemic has necessitated physical separation and lack of physical touch, it has become increasingly difficult for people to obtain their prescription. Patients are discouraged from getting their daily dose because of huge queues and hours-long wait times. Only a few individuals are eligible for more than one dose per day, and only a few doctors are allowed to administer higher doses of opioid management medicine.

Republicans and Democrats tend to agree that something should be done about the opioid crisis - but they disagree on how.

The Leonard Davis Institute of Health Economics provides us with an analysis of  state legislators opioid-related social media content that highlights partisan differences on the topic. Democratic legislators tend to focus their solutions around holding pharmaceutical companies accountable and treating Opioid Abuse Disorder (OUD). while Republican legislators spoke more about the illegal drug trade and the harsh criminalization of opioid possession and use.

Recent legislation, such as the SUPPORT for Patients and Communities Act, is a step in the right direction. More recently, the Budgeting for Opioid Addiction Treatment Act has been introduced and would impose an excise tax on the sale of any active opioid and would provide block grants to substance abuse treatment programs. In addition, the STOP Fentanyl Act of 2021 would work to establish programs that address fentanyl overdose and addictions. Upon implementation, this bill would effectively increase fentanyl surveillance and establish a program for federal, state, and local law enforcement agencies that would increase education on how to detect and handle fentanyl.

Individuals can encourage their local legislatures to vote on bills that work to overcome the opioid epidemic. Additionally, staying educated on the signs of an overdose, such as pinpoint pupils, slowed breathing, and loss of consciousness can save lives in emergency scenarios.  The medical industry continues to work to advance research and education to address the opioid epidemic and co-prescribing naloxone can be the first step for those at risk.

The Opioid epidemic has been plaguing the world since the 1990s, and has had serious social and economic consequences. The ongoing COVID-19 pandemic has exacerbated the problem, and we have seen significant increases in the number of overdose deaths. Congress has noticed the issue and passed some legislation in response, such as the SUPPORT act. Community organizations have taken action as well. Stopping the spread of this epidemic is a community effort and requires individuals to stay updated and educated on how to identify and provide relief to those experiencing overdose.