Withdrawal Opens Avenue for the Growth of Chinese-Afghan Relations 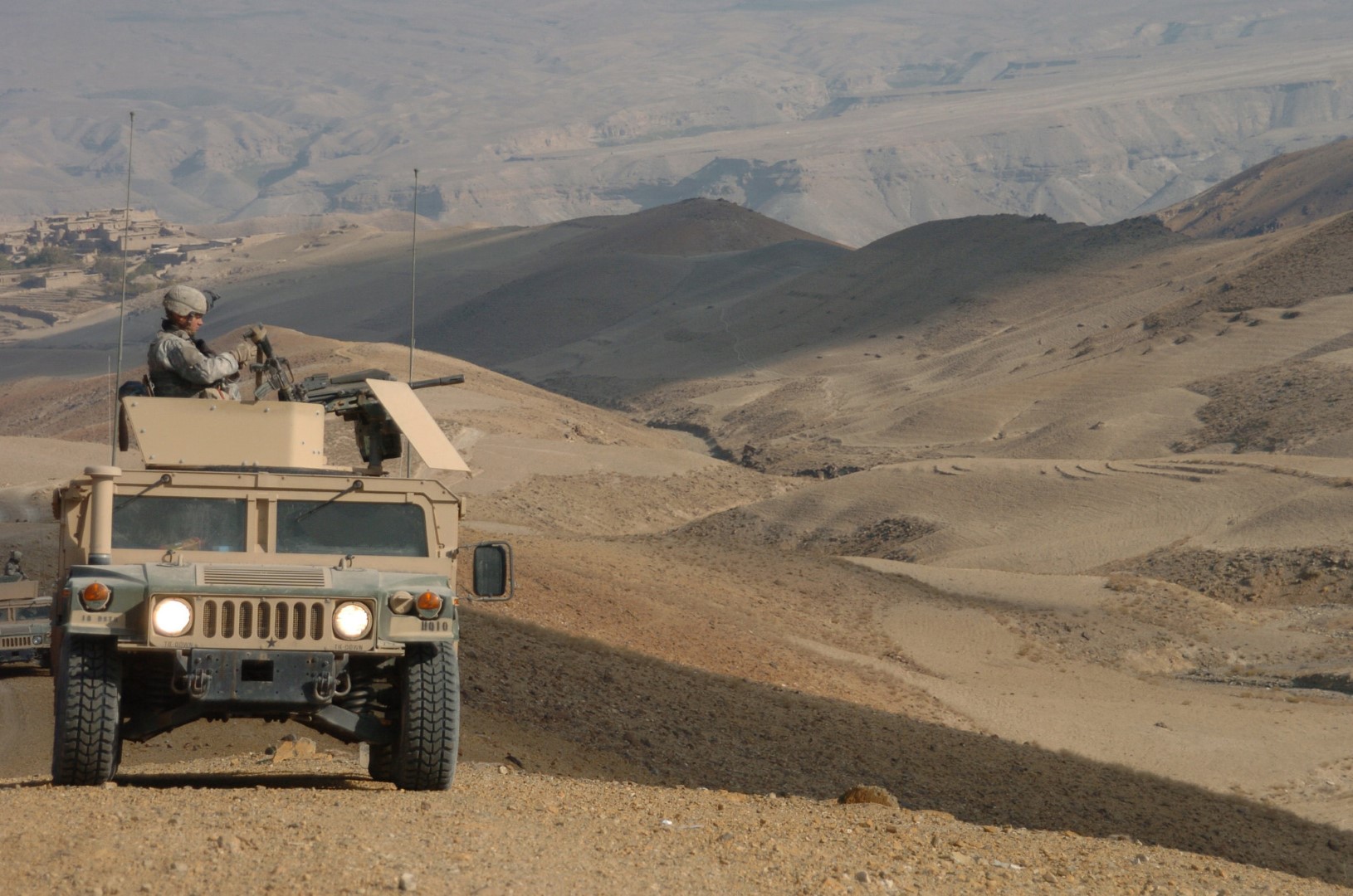 After the withdrawal of U.S. troops from Afghanistan in August 2021, the possibility of China stepping into the vacuum to support the Taliban regime became both a possibility and a concern for the United States and its allies. Beijing’s close relationship with Pakistan and their willingness to work with both Moscow and Tehran means the U.S. is, and should be, wary of the extension of this relationship to Kabul, as any relationship between U.S. adversaries is of concern to Washington. This brief explains the history between the Taliban and Beijing, the motivations of each, and the likely outcomes of any negotiations. Finally, it analyzes how these negotiations are impacted by Pakistan and China’s other “alliances”, and how such negotiations would impact U.S. policy both with China and in the region at large.

After a costly twenty-year-long war in Afghanistan, the U.S. completely withdrew its stationed troops in August 2021. The withdrawal left behind a defenseless Afghanistan, inviting the Taliban— an Islamic fundamentalist political and military group — to take over and announce an interim government in September. Inheriting a fragile economy dependent on foreign aid, the Taliban sees an advantage in diplomacy by allying itself with an economic powerhouse. China, meanwhile, a known rival of the U.S., is looking to expand its influence in mineral-rich Afghanistan. Given the opportunities for both sides, negotiations between Taliban leaders and China are to be anticipated. Possibilities of an alliance, however, face the challenges of international repercussions and domestic conflicts.

Historically, China has focused on increasing its economic sphere of influence in different corners of the globe, and, at the same time, counteracting the United States’ global power. On the other hand, the Taliban is less interested in expanding their power and has instead looked for security guarantees for their government.

Since 2013, China has expanded its Belt and Road Initiative (BRI), a strategy integrating Asia with Africa and Europe and encouraging economic growth, primarily through infrastructure projects— for example, railroads, coal plants, ports). China has, to date, signed BRI agreements with 80 countries and organizations and built 75 economic cooperation zones in 24 overseas countries. One of China’s flagship projects is the China-Pakistan Economic Corridor (CPEC) — a combination of road, rail, and energy projects in Pakistan.

Independently and collaboratively, China has sought to curb religious extremism to prevent destabilization in their Uigher Muslim-inhabited Xinjiang region. In 2016, Beijing unofficially established a base in Tajikistan, a neighboring country of both China and Afghanistan, to conduct counterterrorism operations targeting ethnic Uighurs in the East Turkistan Islamic Movement. While wary of the religious extremism that the Taliban represents, China has long engaged diplomatically with Taliban militants.

For instance, In 1999, Chinese officials opened economic and diplomatic relations in Kabul. Then, in a 2000 meeting with Taliban leader Mullah Omar, China pressured Omar to stop harboring Uighur militants, while the Taliban urged China to offer “diplomatic support at the United Nations and help roll back sanctions placed on the group”. Amid an unstable Taliban government, China needs to ensure that chaos from a potential power vacuum will not spill over, and insert itself as a key player in Afghanistan politics. Meanwhile, the Taliban believes Sino-Taliban relations will establish international legitimacy for their interim government and increase foreign investment in Afghanistan.

Economic Negotiations Between China and the Taliban

During the June 2021 China-Afghanistan-Pakistan Trilateral Foreign Ministers' Dialogue in Guiyang, Chinese Foreign Minister Wang Yi echoed Pakistan’s support of  “substantive expansion of the China-Pakistan Economic Corridor cooperation in Afghanistan.” In theory, China would use Afghanistan to pave a cheaper and faster means of connecting China to the Middle Eastern market by land, rather than by the alternatively longer method of the sea.

However, initial Afghan involvement in the BRI began years ago after the first memorandum of understanding on the BRI was signed between Afghanistan and China in 2016. Nevertheless, since then, the materialization of any infrastructure projects was impeded by Afghan financial instability and lack of domestic security. Now, with no concrete system of governance, the Taliban is especially fragile and financially inept. This has resulted in increasing Chinese concern regarding the Taliban’s ability to maintain and pay back any Chinese investments within the nation. As such, China has not yet made any formal agreement on Afghan involvement with the CPEC.

Furthermore, recent extremist attacks in Afghanistan have wiped out the possibility of Chinese investments in BRI-related infrastructure within the nation. For instance, an Afghan suicide bomber attacked a bus carrying workers to a dam construction site in northern Pakistan, killing nine Chinese nationals. These attacks follow a series of Afghan extremist aggression against Chinese personnel, ultimately warranting Chinese deterrence from strong financial commits within the nation.

Chinese reluctance to invest extends further into other endeavors within Afghanistan, namely Afghan mineral reserves. In the late 2000s, a report by the U.S.Department of Defense found that Afghanistan may harbor upwards of $1 trillion of rare earth mineral wealth. As the leading global producer of electric cars, China has a high demand for earth minerals such as lithium and copper. As such, in 2007, the China Metallurgical Group (MCC), a Chinese state-owned company, “was awarded a $3 billion contract in 2007 to develop the Aynak copper minefield in Afghanistan’s Logar province.”

However, the project, along with an oil extraction project along the Afghan Amu Darya basin, failed to yield any substantial results and was discontinued by China. With nothing to show from investments into Afghanistan, China has moved mineral investment to more secured nations, namely Argentina, Bolivia, and Chile. Commonly monikered as “The Lithium Triangle,” the area contains nearly 58% of discovered lithium deposits in the world.

Despite this shift, the Taliban has continued to express an openness to Chinese trade and investment, as they are in dire need of financial backing and recognition to establish legitimacy as the acting government of Afghanistan. However, without a guarantee of domestic stability in Afghanistan, China will continue to refrain from committing to tangible agreements with Afghanistan.

ETIM is a group of militant Uighur Muslims and is China’s greatest concern among terrorist groups. The group's goal is to replace the Chinese province of Xinjiang with an independent state known as East Turkestan. China’s treatment of the Uighur population in Xinjiang has become a global concern for its violation of basic human rights towards the Uighur peoples, which has likely exacerbated conflict between ETIM and the CCP.

Thus far, 500 ETIM fighters have already gathered in the Badakhshan Province of Afghanistan. An  ETIM attack with help of Tehrik-I-Taliban Pakistan (also known as the TTP) on July 14th near the Kohistan-Dasu hydropower project site in Pakistan killed at least nine Chinese nationals. The TTP has also proved to be a danger to China, as the group claimed a suicide bombing at the Serena Hotel in Quetta, with the target being a Chinese ambassador (he was not hurt).

China’s goal of the negotiations with the Taliban is to ensure that the Taliban will not harbor ETIM or TTP fighters, nor support either group’s cause through providing them fighters, weapons, and other resources.

While the U.S. does not support the expansion of Chinese power and influence in the region, it does share some common interests with China. Both want to see a stable government rise to power that will not sympathize with or harbor terrorists. However, a key area where U.S. policy differs from China, and where U.S. interests conflict with China, is that of human rights. The U.S. is highly concerned about the treatment of women and children under the Taliban, whereas this is a lower priority for China compared to its interest in its security.

One of the reasons for the U.S. withdrawal from Afghanistan was the decision to focus more resources on China. The U.S. knows that China is not able to fully replace them to support a new Taliban-led government. Because of this knowledge, the U.S. has focused more of its attention on countering Chinese expansion in the Western Pacific than preventing Chinese influence in Afghanistan. The departure from Afghanistan was a crucial part of the “pivot to Asia” that the Obama administration introduced to counter China. Thus, the U.S. is more concerned with countering Chinese power in the Western Pacific than Afghanistan.

Despite the traditional East-West divide, China and the U.S. share many interests in Afghanistan. Neither entity seeks an Afghan civil war or a worsening humanitarian crisis, and it appears the Biden administration intends to pursue a sincere partnership with China. Washington has openly requested Beijing’s assistance on this issue, and Chinese Foreign Minister Wang Yi and U.S. Secretary of State Antony Blinken have privately conversed over reciprocal desires for a “soft landing” in Kabul.

While observers point to “very different” attitudes compared to past, more hostile negotiations as reason for hope, it remains to be seen if they will be enough to overcome historic distrust. If so, a mutually beneficial resolution to the Afghanistan crisis may spur progress on other issues, including trade policy and a number of potential “flash points [ . . . ] in the western Pacific.” If not, tensions threaten to heat up following the collapse of what could have been stabilizing geopolitical compromise.

It is important to remember that China does not regard the Taliban as a potential ally but as a threat to be managed. While it certainly disliked the U.S. presence in Afghanistan, it was hardly Beijing’s first choice to have instability erupting on its border, exposing it to terrorist threats and risking regional economic insecurity. To be certain, some modicum of cooperation will materialize between the Taliban and Beijing, but the Sino-Afghan relationship will be a far cry from a committed alliance.

Even China’s economic incentives for procuring a serious partnership with the Taliban are relatively weak. Sure, a short-term boost in investment is to be expected: Chinese firms “will seek to revive [Afghan] business ventures,” and the Taliban will gladly accept the “badly needed revenues.” But in the context of Beijing’s expansive BRI, Afghanistan is an “insignificant market” wrought with instability.

In the long run, if the Taliban is to become Afghanistan’s established government, the relationship will be based on China’s political interests in the Xinjiang province. The current trend towards economic aid and international recognition is only a “‘pragmatic’ move” that “Beijing hopes [ . . . ] will persuade [the Taliban] to protect China’s security interests” regarding Uyghur extremist groups. Beijing and Kabul stand diametrically opposed socially, a reality that will simultaneously force China to keep the Taliban close and perennially preclude a comprehensive strategic partnership.

That is not to say this is a non-zero threat. While all eyes are on the Taliban right now, Chinese attempts to rebuild and gain influence in its war-torn neighbor will not be accomplished alone. Minister Yi has expressed Beijing’s desire to work with Tehran to “[achieve] a smooth transition” of power in Kabul. Moreover, China, Iran, Russia, and Pakistan have already had quadrilateral meetings to “elevate a regionwide strategy” to address the crisis. Events that facilitate cooperation between such substantial adversaries are of great concern to U.S. officials.

The status of the United States’ post-Afghanistan diplomacy with Pakistan will greatly influence the extent of the Taliban’s return to power. As of late, the outlook is concerning. The Pakistani Taliban, Tehrik-e-Taliban, has been emboldened by recent developments, just as high-level U.S. officials critique Pakistan’s two-decade-long role in Afghanistan and Senate Republicans’ call for sanctioningIslamabad. If Washington seeks stability, further alienating Pakistan is among the worst ways to proceed, as the West would do good to remember that the game is bigger than just Afghanistan.