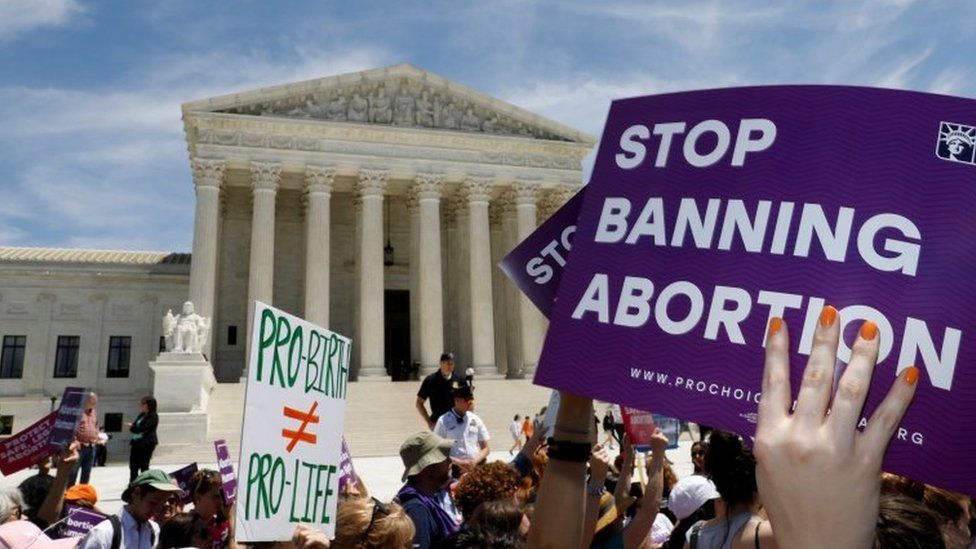 A fetus requires nothing

In America, the topic of abortion is the epitome of controversy. It addresses essential concepts such as morality, individual rights, values, and the proper role of the government. It requires a sophisticated philosophy that integrates all of these into a non-contradictory whole to properly address the topic of abortion and to justify it. Conservatives hold that values are intrinsic to the nature of the organism as a human. The pro-choice side claims that one has autonomy over their own body; if a person never consented to an organism living inside of them, they have the authority to remove it. In short, both sides miss the essential that stares them both in the face.

Before that, let us analyze the situation of conception and pregnancy. After the act of sex, two independent matter containing the DNA of the mother and the father fuses together. This creates a new form of matter that has new DNA. The blastocyst does not have the current ability to sustain itself, but rather automatically depends on the mother’s nutrients. The blastocyst grows and develops, which is scientifically categorized in different stages. Each stage is differentiated by something new, such as the development of the heart, brain activity, kicking, and finally, birth.

It is safe to say that this entity within the mother is a life, but that is not the line to draw and say that the mother now cannot have an abortion. Depending on which stage it is done in, abortion is nothing more than ending the life inside the mother, but conservatives often state that is murder. Why not deem the killing of various animals as murder, and outlaw the meat industries? Both a cow and a fetus are life, so, what is the issue? Conservatives resort to one of the two: “It is a life from God, and therefore the fetus has intrinsic value,” or that a fetus has rights by the virtue of being human (another intrinsic argument).

To say values are intrinsic to the nature of human life because of God is nothing more than belief deduced from belief. In other words, there are no facts that one can point out to prove such a belief. Nevertheless, some atheists believe in intrinsic values as well, so we must address these views. Intrinsic value is the idea that value exists inherently within the entity being mentioned; it requires no process to identify it. It just is. This belief is contrary to what values are. Value is that which one acts to gain or to keep; values come from the context if one is affected negatively when wanting to achieve a goal. If one’s goal is not to be a parent, one does not value the fetus. You can say others outside of the mother value the fetus, but that doesn’t mean the mother has to sacrifice her values to others.

The other variant of the same argument is the idea that rights are intrinsic –that rights exist within the fetus itself. Just like values require context to determine what is valuable and what is not, rights operate the same way. We humans do not live automatically: we must think and act in our environment to produce material values for our survival. It is through the process of reasoning that we can do this, which means that reason is our basic means of survival. What is required for survival is the freedom to use one’s mind, and to act freely for one’s living. It is the initiation of force that hinders one’s ability to use their mind and act upon their own reasoning. Rights are the political principle that sanctions the freedom to think and to act upon one’s judgment for their own life, liberty, and happiness. Rights are to ban the initiation of force and outline the proper actions to take with other people present. It sanctions the freedom to engage with others, and to disengage when one decides; no one has a right to another person’s life or the values another creates.

At its core, rights are for the requirements of survival with other humans in a social context. In the circumstance of being inside of the mother, there are no requirements for the fetus. The fetus lives automatically by the nutrients of the mother, and therefore, is not required to think for itself to produce values for its survival. It sacrifices the mother to maintain its existence (assuming the mother does not want to give birth). It cannot disengage with the mother; whatever the mother does, the fetus is affected. Whatever the fetus does, the mother is affected. Neither person can disengage within the relationship. Thus, no principle can be used to outline their actions with one another. Rights are for you to act toward your own life and happiness; you do not have a right to deprive others for your own sustenance. The fetus deprives the mother of her right to life and happiness, so the mother is morally obligated to have an abortion if she so chooses. To ban the option of an abortion would be a massive violation of her rights and an explicit attempt to say people have a right to control others’ lives.

The pro-abortion stance is pro-life, as it is the only position that protects the right to life of the mother. It is the side against legalizing abortion that treats women as breeding cattle for their own beliefs.