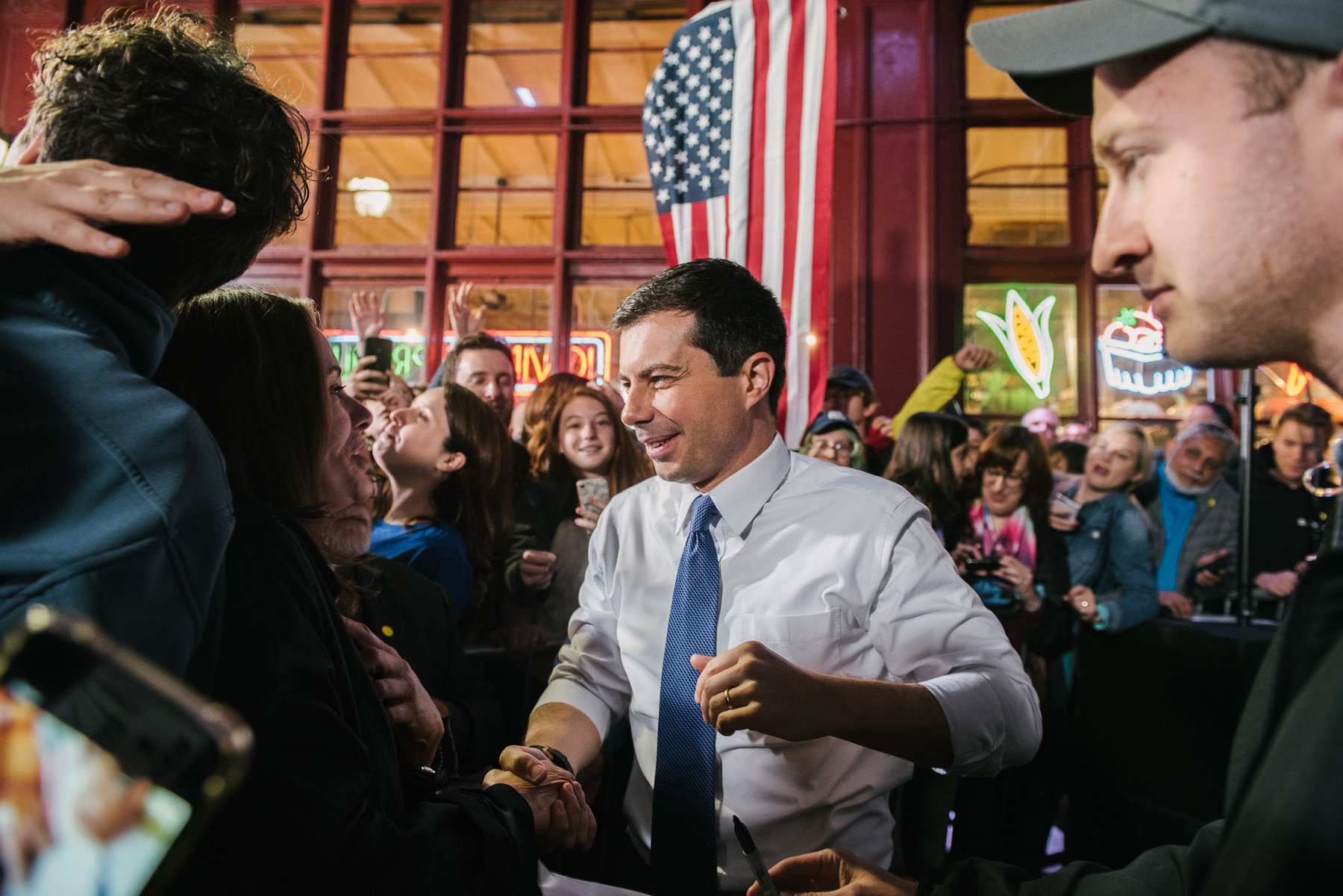 Within the last year, America has been living through a multitude of historic firsts. In real-time, we have experienced the study slides for our grandkids. The primary focus of these historic firsts is that we are currently living through a global pandemic. Despite the world having gone through pandemics before COVID-19, for most generations currently alive this is an entirely new experience. Another historic moment is the inauguration of our nation’s first female Vice President, Kamala Harris. Similarly, 2020 has brought an immense change to the political climate of America- changes that are likely to affect the future of politics. For the first time, we had a president that was impeached- not once, but twice.

Also involving the 2020 election we had another new historic entity, we had the highest voter turnout ever recorded in American history! What does tell you about the significance of the times we are living in? People acknowledged the significance of this election and the impact that this election would have on the condition of our county’s future and they turned up to vote.  We also had a record number of young voters head to the voting booths and a record number of people voting from home, which may have convinced people who never usually voted to vote, being able to vote from the safety and convince of their own home.

So you may be asking yourself “Why is he just telling us about these historic facts in our world today?” Well because even though all these other historic firsts, there is one that may be able to represent history both in the world today and for the world in the years to come. History in the making if you will. Have you ever heard of a man by the name of Pete Buttigieg? You may have heard this name in the past few days or weeks as being a nominee for the position of Secretary of Transportation in President Joe Biden’s cabinet. So what is so special about Pete Buttigieg being nominated and now confirmed for this position? Well, it’s because Pete is our nation’s very first openly gay presidential senate confirmed cabinet member. Pete Buttigieg is the closest that an LGBTQ+ person has ever been to the presidency.

President Biden made a promise that he was going to choose a cabinet that represented American, and Joe Biden fulfilled his promise with the nomination of Pete Buttigieg and other diverse nominees. Pete was not the only “first” in Biden's Cabinet. President Biden also elected the very first Native American woman as Secretary of Interior Deb Haaland. He also nominated the first African American Secretary of Defense Lloyd Austin.

Why did Biden do this? He did this because American isn’t made up of a bunch of white old men. American is made up of young people, LGBTQ+ people, people of color, etc. Biden wanted to create a cabinet that looked like the way our American families and communities looked.

So what does this mean for the LGBTQ+ community? It means a lot to the LGBTQ+ community! Again, this is the very first time that an openly gay person has been officially appointed as a cabinet member which means for every single administration before this year there was a lack of proper representation for members of the LGBTQ+ community. LGBTQ+ people across the nation or even across the world can look at Pete Buttigieg and see a member of their community being an active part of the decision making in our country. Pete made a statement on the Jimmy Fallon show the night prior to his confirmation hearing that when he was in high school and in college, someone like him would never have a chance of being confirmed for a cabinet position like his.  Come to think of it, out of the 200 plus years that our country has been in operation, it took until 2008 to have an African American president, it took until 2020 to have a female vice-president, and now it has taken until 2021 to have an LGBTQ+ person officially on a presidential cabinet. So we can see how significant this is and how far our country has come, but also how far our country still needs to come. Luckily for us though, Pete Buttigieg is here to steer our country in the right direction.

During Pete Buttigieg’s Senate hearing he made sure to introduce his husband Chasten Glezman-Buttigieg to the committee and to anyone watching in acknowledgment of this very historic event. Pete wanted to send a message to the country that great things are happening and the only direction we can move from here, in terms of LGBTQ+ inclusion, is up.  A message to young and old LGBTQ+ people that anything is possible for anyone regardless of race, religion, sexual orientation, or ethnic background. I mean LGBTQ+ people have been oppressed and ridiculed for centuries and Pete Buttigieg can be a beacon of hope for the LGBTQ+ community in the coming years. Another tradition for newly elected or appointed government officials is to be sworn in alongside their spouse. During the swearing in the candidate being sworn in will raise their right hand and place their left hand on a bible or other religious book that the spouse is holding. This particular swearing-in was one unlike any other. For one, the swearing-in of Pete Buttigieg was conducted by the very first female Vice President of the United States. Secondly and obviously, the very first openly gay senate confirmed cabinet appointee was being sworn in. Thirdly and most significantly to Pete’s message, was the presence of Pete’s husband Chasten alongside of him, holding the bible, and showing his support. This sent a message of comfort to many advocates for LGBTQ+ inclusion and to members of the LGBTQ+ community across the country.

So what are Secretary Pete’s plans in his new position? He plans to innovate America and combat climate change through transportation and infrastructure. Secretary Pete has plans to make and produce eco and carbon-friendly vehicles in an effort to combat the effects of climate change on our planet. Another major topic of discussion from Secretary Pete is infrastructure. People oftentimes don’t know that infrastructure is a huge part of transportation in America. The Secretary wants to very proactively move toward airport funding, large level rural and high-speed rail projects and moving forward with racial equality and inclusive equity in mind.

Secretary Pete officially started his first day on February 3rd 2021. Just two days into his new job on February 5th 2021 he made an appearance at the Union Station where he talked about his plans for making the United States the Leader in High-Speed Rail. We do not know all of Pete’s specific plans, but what we do know is that Pete Buttigieg is a huge and shining star in politics!

Pete could not have been a better choice for this position as his record as the Mayor in South Bend, in terms of transportation and infrastructure, was very promising and effective. While serving as Mayor of South Bend from 2012 to 2020 Pete helped to restore what people called a dying or a turn around city. After the closing of the Studebaker car plant in the 1960’s South Bend plummeted in a down-word spiral. Population dropped, employment dropped, and buildings and businesses were left abandoned. Nevertheless, Mayor Pete as people called him had a plan! He demolished a large amount of vacant homes that were left abandoned, and in a multi-million dollar project, he was able to spark a rebirth in South Bend. He called the plan a rebuild of 1000 houses in 1000 days. As a result, employment is rising after decades of record low numbers. Based on this type of commitment to recovery, rebuild, and innovation in his hometown; we can be confident in Pete’s ability to do very well in his new position as Secretary of Transportation.

We may not know what is next for Pete Buttigieg, but we do know that it is just the beginning of his journey. With people like Pete in politics, and with this new inclusive and innovative vision for our country, I can almost guarantee that there will be many of these new historic nominations in the years to come. People will write about Pete Buttigieg in the history books, and even with the gloom of our world today, we can be proud to say that we were able to live in this moment and that we were able to witness a very historic nomination.

My name is Braiden McElhaney and I have been researching politics for over 2 years. I no longer, but previously did volunteer for my local county’s Board of Elections. I am a Student Senator at Jamestown Community College in Jamestown, NY. I am an online social media political influencer and activist. I have participated in community outreach in what is now called Scouts of America and as an Eagle Scout. I have also volunteered for the Joe Biden Campaign. I am also a 2026 New York State Senate Candidate for the 57th District of New York. I believe that our country is in desperate need of growth and reform. I believe that human rights are at stake and the aspects of government that are implemented right now will affect the livelihoods of Americans for generations! Young people need to get involved as we are the future of this world and it is time to step up and make the change that we want to see.